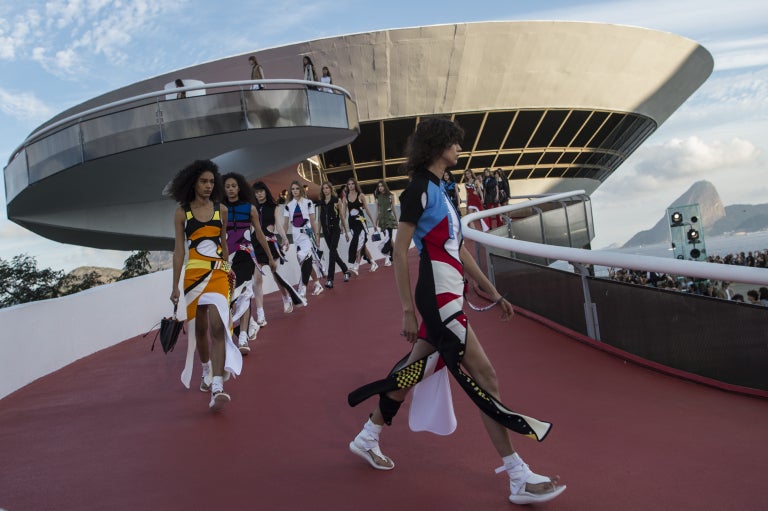 Cruise collections 2017 on runways of Paris, Milan, LA and more

From Monaco and Dubai to New York, Palm Springs or Seoul, the annual “cruise” mid-season ready-to-wear collections take fashion fans on a global voyage every year. Now an unmissable rendezvous in the fashion calendar, these mid-season shows give labels the freedom to break away from fashion weeks with settings and shows that are often spectacular. With a few weeks to go before the first collection previews, here’s a look at some of the locations picked by the biggest fashion houses to show off their cruise 2018 collections.

After last year’s spectacular runway event in Rio de Janeiro, the luxury label is celebrating its many links with the Land of the Rising Sun by taking this Cruise 2018 collection preview to Japan. The location of the show, held May 14 and orchestrated by Nicolas Ghesquière, is still under wraps.

The French fashion house always selects prestigious locations, steeped in history for its Cruise shows. After Pierre Cardin’s Palais Bulles in Théoule-sur-Mer, France, and Blenheim Palace in the United Kingdom, Dior is heading to the City of Angels to present its latest Cruise collection, May 11. The exact location is still a secret, but this new collection, designed by Maria Grazia Chiuri, promises to get the fashion world buzzing once again.

Less exotic, but no less spectacular, the Italian fashion house will present its Cruise 2018 collection in Florence, May 29. Gucci is heading to the Palatine Gallery in the impressive Palazzo Pitti, overlooking the Boboli gardens. This prestigious setting should satisfy the curiosity of guests lucky enough to bag an invite to the label’s mid-season show.

The Italian fashion house will be unveiling its Cruise 2018 collection on home turf. This is Prada’s first show dedicated entirely to this line, which was previously presented alongside the label’s menswear shows. The new collection will be revealed to guests May 7 in the Fondazione Prada’s Osservatorio exhibition space in Galleria Vittorio Emanuele II, a 19th-century building in the heart of Milan.

After last year’s spectacular show in the Cuban capital Havana, the French luxury brand will unveil its latest Cruise collection in Paris, May 3. Chanel also presented its latest Métiers d’Art collection in the French capital’s Ritz hotel in December. The exact location of the show is yet to be revealed. JB