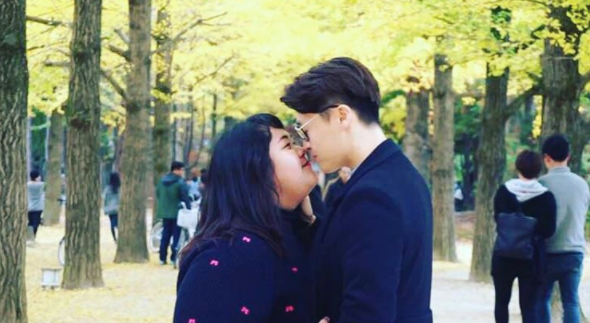 The love story of an Indonesian woman and her Korean “prince charming” has generated headlines and inspired thousands of lonely hearts looking for their Korean soulmates.

It all came about when Vera Nanda Putri, of Indonesia, became addicted to the Korean reality show “Running Man.” Her obsession with anything Korean prompted her to fly to South Korea in 2015 and enroll in a language course at Seoul National University, KoreaBoo reported.

She crossed paths with a graphic designer named Jun. Feelings developed over time and the couple expressed their like for each other. But despite being smitten by him, she was hesitant to enter into a relationship with him. Putri feared that mean people on social media would bully her for her appearance.

In the end, love overcame their doubts and Jun proposed to Putri in front of her jubilant family in Jakarta, Indonesia. The pair tied the knot last Feb. 27 and 28 incorporating Korean and Minang customs in their nuptials.

In a response to her bashers online, Putri said in an Instagram post, “Haters don’t really hate you. In fact, they hate themselves because you’re a reflection of what they wish to be.”  Gianna Francesca Catolico /ra