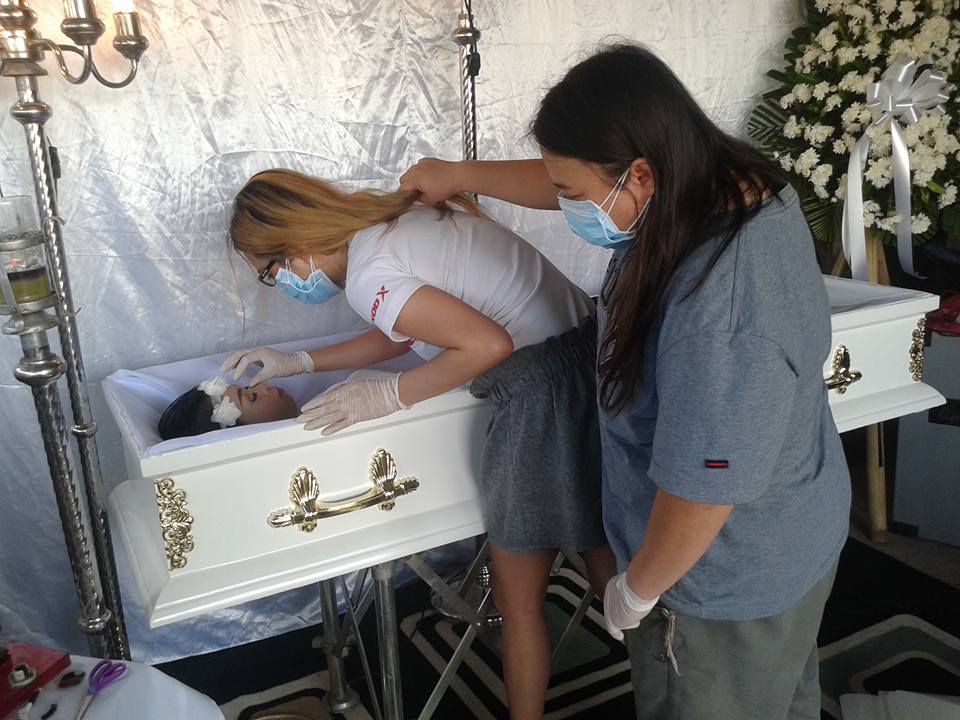 Racine Pregunta passed away on April 17 after a tragic battle with osteosarcoma, a type of bone cancer. Sensing that her days were numbered, she laid out her funeral plans to die looking all glammed up.

“For her, to die beautiful is her concept not because she doesn’t have any hopes of being cancer free thus it is her will to be with family and friends and make out the most of her remaining days,” Racine’s sister Rolyn penned in a Facebook post, recalling the exact words Racine told her: “If I die, I want to die beautiful.”

Despite losing a leg last year and later on refusing chemotherapy, Racine faced every single day with courage and confidence.

“We did not give up the battle without giving it a fight,” Rolyn told the Inquirer. “Pero ‘di siya nawalan ng pag-asa. Mataas ang self-confidence niya ( But she never lost hope. She had high self-confidence).”

Racine had several wishes on her deathbed, which were fulfilled by her relatives. During the first day of the funeral, she was clad in a white off-shoulder gown and crowned with a flower headband. Her makeup was done by Gladys Ayuste, Racine’s friend and personal makeup artist.

On the second day, Racine requested for funeral flowers with hues of violet, blue and mint green, which were mysteriously sent by none other than Ballesteros himself.

“Padala kasi galing Manila, tapos anonymous (The package came from Manila and it was anonymous),” Rolyn said, noting that they later found out about Ballesteros’ affectionate gesture when she saw a note that read: “You are beautiful – Pao.” With the help of a neighbor, they communicated with the actor online, who confirmed that he sent the flowers.

Racine’s last wish was to be buried on top of her father’s grave at the Davao Memorial Park on Friday, April 21.

“Today, on the way to the sunset, friends, and family gathered and bid their last farewell to Racine who now sleeps beautifully forever,” Rolyn wrote in a touching tribute on the social networking site.  /ra