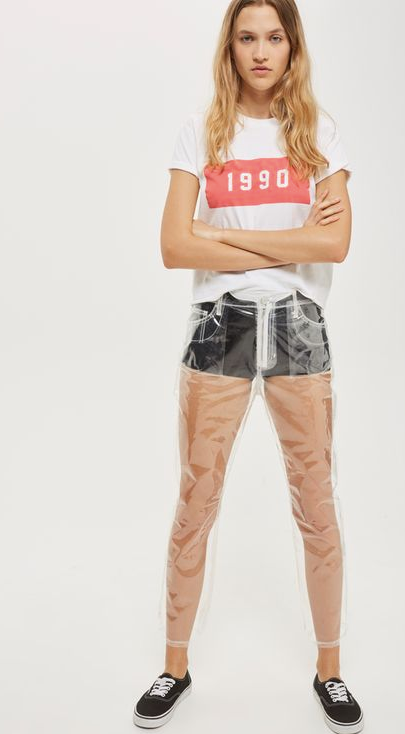 A leading fashion brand in the United Kingdom has introduced clear plastic jeans to their collection, marketing it as attire to “get people talking.”

Topshop lists the transparent jeans as “MOTO Clear Plastic Straight Leg Jeans” and is described as “a straight leg cut” with “classic pockets detailing and are cropped at the ankle bone.”

It appears to have achieved its purpose, as online reactions have been abuzz—mostly consisting of ridicule:

Others have pointed out possible sources of inspiration:

These new topshop jeans remind me of when jyp wore the clear pants in dh2 pic.twitter.com/IaoUxPK6kv — yuna. (@ATYYUNA) April 25, 2017

Topshop: Everybody hated the clear knee jeans we should make more normal pants