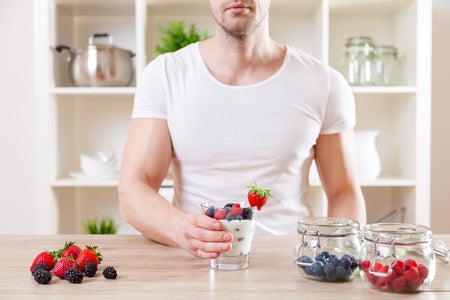 According to a study conducted by the international consumer knowledge company Kantar Worldpanel, Filipinos are now shopping for “lighter” food variants with more nutritional benefits.

The study, which observed food-purchasing trends from 2015 and 2016, included categories such as cereals, canned meat, yoghurt and various beverages.

Both cereal and yoghurt categories—which are considered as alternatives for those trying to lose weight or simply maintain a healthy lifestyle—showed both double-digit value sales growth of 11 and 12 percent, respectively.

Furthermore, the data revealed that one in eight Filipino homes now buy cereals, while 28 percent od households have yoghurt drinks and cup variants.

“Though gradual and slow, there are already some notable shifts in the food and beverage preferences of some Filipino consumers,” Lourdes Deocareza, Kantar Worldpanel New Business Development head, was quoted as saying in the report.

“Our findings indicate a change in the lifestyle of Filipinos towards health and wellness, which is a key insight that brands can leverage and focus marketing efforts on when introducing their food and beverage products. With summer just around the corner and the fitness trend booming, brands that can contribute to the health goals and complement the healthy lifestyles of this emerging market will have a higher chance of getting into their shopping baskets,” she said.

Aside from the rise of “light” food alternatives,  the data also showed a spike in sales of canned goods like tuna and “low sodium” luncheon meat.

Also, the data even gathered demographics of certain buyers, which showed that the majority of those who purchased the juices and energy drinks belonged to the working class, and are urban-based from the National Capital Region and North Luzon.  Khristian Ibarrola /ra