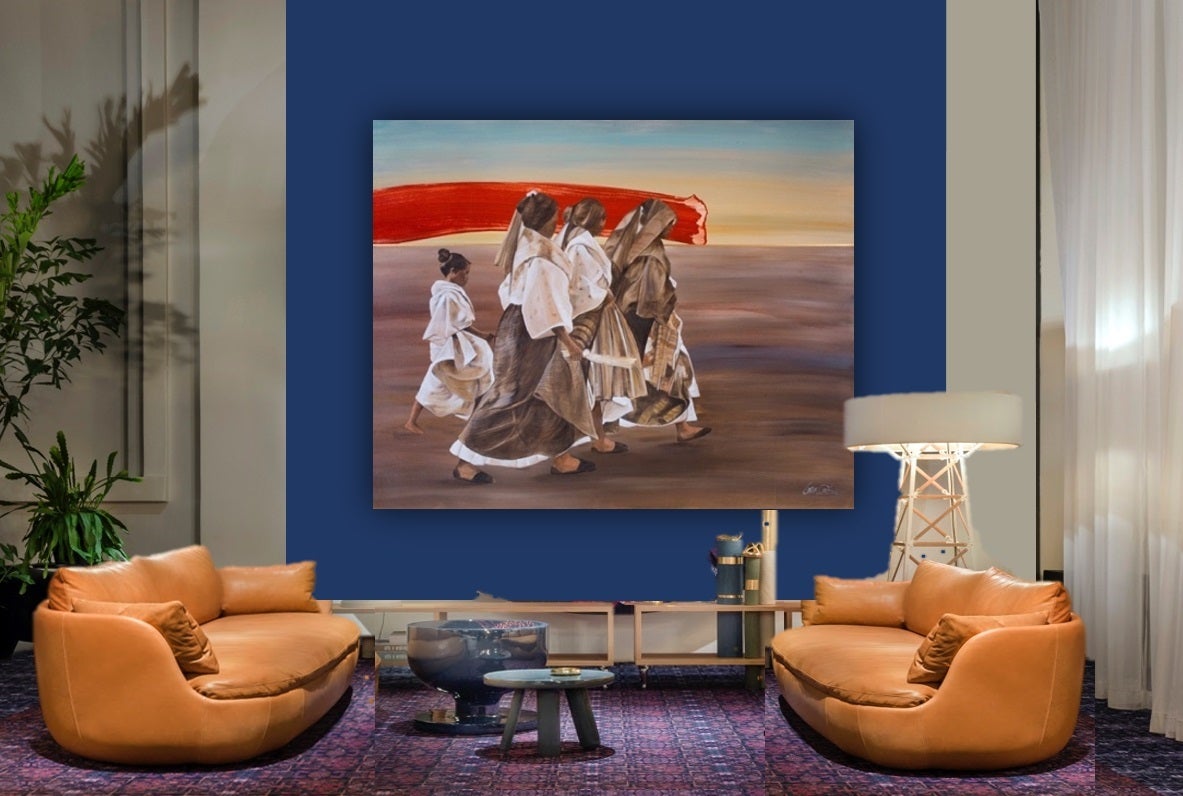 It wasn’t a pretty image to end lunch with.

I asked BenCab if the interesting times we live in have stirred him, enough to paint. I asked, because the significant works of this National Artist for Visual Arts captured the pivotal moments in the life of the nation and  reflected, in unforgettable imagery, what the Filipino felt, be it anger, rebellion, despair or deliverance.

Sabel, Larawan, the overseas Filipino worker, the sakada,  the images of martial law are now part of a country’s visual memory.

It’s 2017, and the times are giving us a collective trauma. So, I wondered if he’s been producing works lately. BenCab is arguably the most sought-after artist today, his works the most in demand, and the wait list for them  long.

He whipped out his phone, his finger swiping to an image which he then showed me. He finished it recently, he said, and it will be part of an exhibit in June at the Vargas Museum.

What I saw made my jaw drop. It was in black and white charcoal—a ballooning mash of faces. It forms  a cry so remote from Sabel or Larawan. And words will be too puny to describe it, so one must just wait to see it in the exhibit.

We saw this disturbing image, ironically, during a feel-good lunch hosted by Filaine Tan and Jeanne Wee, the sisters behind Abitare Internazionale, the Philippine distributor of top-of-the-line European furniture and home accessories.

Their works have been carried by the Moooi brand. “Mooi” means beautiful in Dutch and  Wanders added a third letter “O” for emphasis.

The brand has drawn a cult following worldwide for its innovation and whimsy, its out-of-the-box concepts.

It is timely that this collaboration comes on the 20th year anniversary of Abitare.

“It is a way to promote Philippine art, and rides on the international resurgence of carpet as wall art or contemporary tapestry,” said Wee.

Actually, what attracted BenCab to the collaboration was the technology of producing his works on a different medium—carpets, this time.

The process is state-of-the-art—to quote its literature, “Each piece is an extremely high definition print from the groundbreaking Chromojet 800 printer that produces photo realistic images in diverse and accurate tones, creating an unlimited mix of colors. This provides a playful illusion of depth and layers, resulting in a deceivingly multidimensional carpet.”

The BenCab-Moooi Carpets will be in limited edition—eight designs, eight pieces per design.

The biggest among these will be two meters by four meters.

The collaboration will be launched on May 26 at Manila House, where all eight carpets will be on display. Not surprisingly, however, reservations have already been placed. (The amount for the biggest carpet runs to six figures.)

A BenCab remains a most coveted work, even if  BenCab images are on a wide range of products, from clothes and fashion accessories to placemats, and now, carpets. A BenCab is almost ubiquitous, and yet ownership of a BenCab painting is rare, which is why perhaps he is also among the most forged contemporary artists, if not the most forged.

Doesn’t this bother him—being on a lot of merchandise?

“It’s a way of democratizing my art since not many can have my works,” he said.

Indeed, to say that there’s a big demand for a BenCab is understating it. Then he showed honest glee as he talked about schoolchildren working on BenCab workbooks or work activity books published last year as part of  the retrospective celebration of his 50 years in art.

“Nakakatuwa to see them coloring,” he recalled the experience.

Only a few, very few, can afford a BenCab painting, but that doesn’t mean, he said, that his art couldn’t be accessible.

BenCab doesn’t live in the realm of the esoteric or the metaphysical or abstract ideas. “I am not intellectual,” he told us at lunch. “I am just curious.”

About anything, if I may add, about life. We easily connect to him because he is a former newsman. He worked in the Manila Times, and thus he has a journalist’s instinct. He is curious about many things, he consumes the news, and is a communicator. It is easy to share insights with him, his feet are firmly on the ground—a lifelong trait, no doubt, shaped by the fact that he grew up in Tondo (his full name: Benedicto Cabrera).

He turned 75 a week ago, and the key to his eternal youth is no secret. “I am active, always busy,” he said.

But more than that, we believe BenCab hasn’t run out of creativity—and youth—because the world in general, and life in particular, interest him no end. On a trip to Tokyo two years ago, I got amazed how even the display of the street food, or the design of  tableware, would catch his attention and he’d be ready to capture it with his camera.

It is amazing how a man can have many interests, and pursue these in a relentless quiet manner—be it photography, bonsai, tai chi, gardening or even growing coffee. He’s even learned how to run a museum—the BenCab Museum is a must destination in Baguio, peaking at more than a thousand visitors a day.

When we exhaust other topics,  we can even talk about show biz.

To be able to break bread with BenCab and his longtime partner Annie Sarthou is always a feel-good day, even in times of disturbing images.