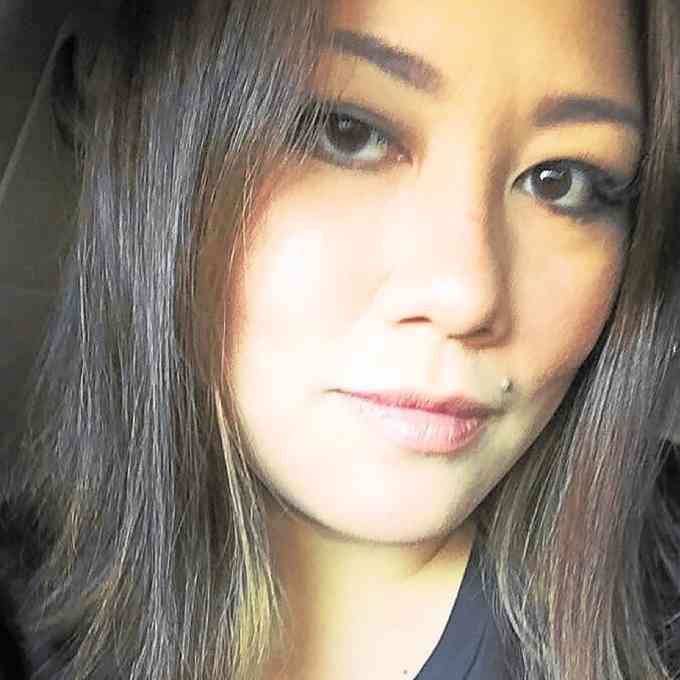 Golda King: It’s hard to ‘make art’ if you don’t know yourself

Golda King has us smitten, not just with her art but with her cerebral yet intuitive approach to it.

The 33-year old artist had her first solo show at Qube Gallery earlier this year. The practically sold-out show, “En Route,” “was about figuring out where I belong,” she says.

“The idea for the exhibit started when I went on a cross-country trip from San Francisco to North Carolina, and when I spent 12 days on the road in Iceland with my residency mates from the Gullkistan Center for Creativity in 2014. All these were before I came back to Cebu. Those were the beginning of many challenging days to come.

“It’s when I’m sitting in a car, going on long drives that I start to remember things that make me sad and happy, things that make me question where I’m headed in life. When you’re in the middle of nowhere and you feel like you’re suspended in time, somewhere between the past and the future, it’s very unsettling, and I think I wanted to get it out of my system.”

Golda graduated with a degree in Fashion Merchandising from LaSalle College International-Manila in 2004 and started her own accessories line called Caimito Couture. But after five years in the fashion industry, she decided to pursue painting, her first love, at Academy of Art University (AAU) in San Francisco.

“Through my years at AAU, I discovered my painting style,” she says. “I start out with an idea but not necessarily one particular image in mind. I work in tandem with my spray paints, acrylics and oil sticks to discover this image. Colors, pushing contrasts and capturing light are important to me. The use of mixed media allows me to create thick layers and textures, and gives me the freedom to start over and over until my ideas are reflected on the canvas.

“My work is impulsive. The media I work with allow me to work fast, but also force me to be patient until the image grows familiar and reveals itself.

“Through my art, I believe I have a clearer sense of self. It’s hard to ‘make art’ if you don’t know yourself. Painting involves a lot of introspection. Before creating a new series, there are questions to be asked within yourself: What message would you like to extend to the viewers? How would you like them to feel? What techniques do you want to push? What palette, temperature and scale would best convey the intended ‘emotion’ you want to get out of people?

“If you don’t have any inkling or a semblance of who you are, of your own person, then it becomes very tricky, because then, where would you start? The work ends up becoming impersonal, sometimes pretentious. There has to be a lot of heart in paintings.”

She adds, “My favorite paintings are the ones that I worked on when I was feeling a bit sad and empty, or really happy because I tend to not think too hard about technicalities, and I just end up going with the flow.

I think those are the best works, because they’re not forced or contrived, and they portray the painter in the truest sense.”

Alternating between oil and watercolor and gouache, and influenced a lot by neo-impressionism and abstract expressionism, she describes her paintings as “lonely but hopeful, yet a little playful. I draw inspiration from mysterious, solitary figures and uncertainty. I like painting street children or children, in general. To me, they symbolize time—the past, the present and the future. Time is important to me. It forces me to ask the question, ‘Where am I going?’ and it makes me feel alive.”

Throughout her childhood, she took art lessons with artists Budoy Marabiles and Celso Pepito, as well as one of the country’s top watercolor masters, Kimsoy Yap, although she insists she didn’t know she loved art then.

“I think my mom saw something in art that did something good to me, which was how I learned to love it,” she says. “My family and my friends have seen me kind of bounce around throughout the years with no clear direction, and now, I think they’re happy that I’m doing something I enjoy, and I work really hard at it. I’m grateful for them.”

Having been accepted into another artist residency program at Vermont Studio Center in September of this year, Golda is well on her way to making a name for herself in the art world.