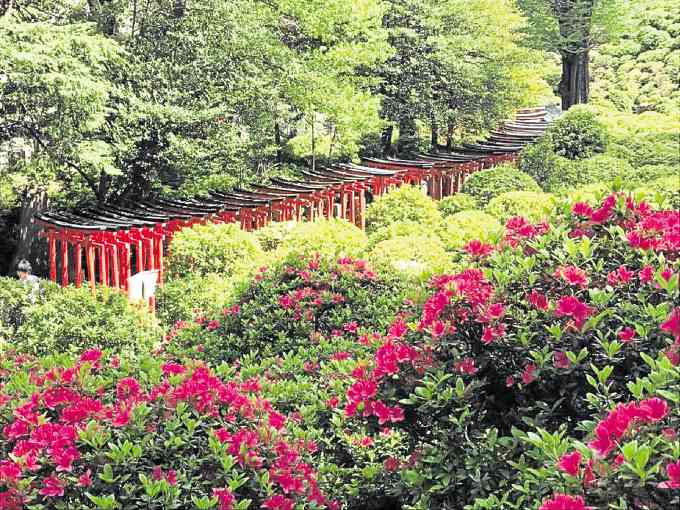 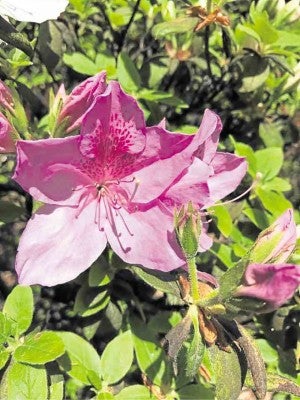 Tokyo— For many tourists, a trip to the Japanese capital is incomplete unless certain activities are ticked off one’s mental list. Selfies with the statue of Hachiko at Shibuya Crossing, breakfast of Kaisen Don (seafood over rice) at Tsukiji Market, robot sightings in the electronics shops in Akihabara, and window shopping in Ginza.

All these sights are often crowded affairs. If you choose to rest your eyes on some greenery, there are gardens where you can “recharge” for free or for a minimal fee.

We missed the 2017 Sakura (cherry blossom) Festival by a few days, but were fortunate to experience the Tsutsuji Matsuri (azalea festival) at the Nezu Shrine. The shrine is one of Tokyo’s oldest—believed to have been established over 1,000 years ago by Prince Yamato Takeru-No Mikoto. It is accessible by taking the Chiyoda line of the efficient Tokyo Metro.

People go to the shrine year-round but the numbers increase from early April to early May, when residents and tourists flock to the annual azalea festival. This year, the flowers’ fleeting beauty can be viewed between April 8 and May 5.

The garden next to the shrine is 300-years-old and has dozens of rounded azalea bushes arranged on a slope. Guests who pay the 200 yen admission can walk up and down cement pathways to admire the flowers that range in color from paper whites and pastels to bright yellows and hot pinks.

The garden measures about 6,600-sqm and has approximately 3,000 azalea plants. Some of the rare varieties include Fuji-tsutsuji with tiny bean-sized flowers, Hanaguruma with pinwheel-like blooms, and Karafune or black azalea.

During our visit, there were plants with flowers growing in two colors, white and pink with dotted stripes.

Meiji Jingu, a Shinto shrine located across the JR Yamanote Line’s Harajuku Station, is dedicated to Emperor Meiji and his consort Empress Shoken. After their deaths in 1912 and 1914, respectively, the Japanese people wanted to commemorate the couple’s virtues by creating a garden with 100,000 trees from all over Japan and from overseas.

What started out as a garden is now a forest of trees that line a gravel path leading to the shrine. In preparation for the centennial in 2020, the shrine is undergoing a few renovations, although visitors can still enjoy the towering trees and the satisfying crunch of gravel underfoot.

The eastern gardens at the Imperial Palace are accessible from the Otemachi station and are well worth a visit. There is a pond surrounded by trees, manicured lawns and numerous park benches.

Spring in Tokyo is a visual feast, one that should be enjoyed outdoors.