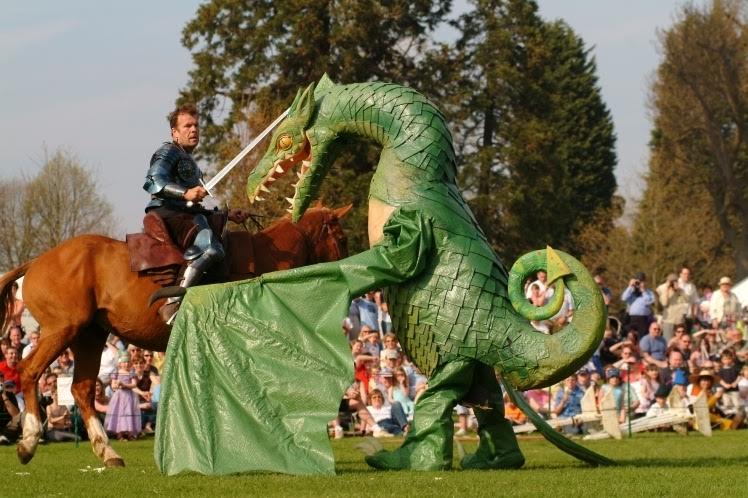 England is one of the few countries in the world without a national day. The Philippines’ special day is June 12, in the United States it’s July 4—but for the English, there’s no public holiday when the English can celebrate being  English.

The Scots have St. Andrew’s Day, the Welsh St. David’s Day and the Irish, of course, their famous St. Patrick’s Day. England does, however, have a popular patron saint, St. George, but it’s a mystery as to why St. George’s Day, which is marked every April 23, has not been declared a public holiday and England’s national day.

Despite efforts to whip England into a state of patriotic pride on St. George’s Day, celebrations for the country’s patron saint have never really taken off. Some say it’s a lack of patriotism, but that’s certainly not the case among expatriate English communities around the world, including the Philippines.

Every year, the Manila British and Commonwealth Club, the Philippines’ oldest membership club dating back to before 1877, hosts a grand dinner in Manila in honor of St. George. This year’s dinner was held at New World Hotel yesterday, May 6.

But just who was St. George?  English schoolchildren are taught that he was a knight who slew dragons, but there is rather more to this historical figure. According to legend, St. George was a Roman soldier born in what is now modern-day Turkey around 280 AD, and died around 303. Very little is known about his early life, but it is believed he was born to a wealthy Christian noble family.
Christian soldiers

When he grew up, he became a soldier and joined the retinue of Emperor Diocletian.  In 303 Diocletian, as part of a crackdown on the growing influence of the Christian community, ordered that all Christian soldiers in the army should be expelled and all Roman soldiers be forced to make the traditional pagan sacrifice. St. George, a favored soldier of Diocletian, refused and denounced the edict in front of his fellow soldiers, declaring he was a Christian.
Diocletian initially tried to convert him with offers of wealth and land, but when he refused, he was beheaded on April 23, 303.

The myth of St. George slaying a dragon originally appeared in stories told by the medieval Eastern Orthodox Church which were brought back to Europe by the Crusaders in the 10th and 11th centuries.  According to one story, a town in Libya had a small lake with a plague-infected dragon living in it. The townspeople were gradually being killed by the dragon, and they started feeding it two sheep a day to appease it.
When they ran out of sheep, the king devised a lottery system to feed it local children. One day his own daughter was chosen, and as she was being led out to the lake, St. George happened to ride past.  He offered to slay the dragon if the people converted to Christianity. They all did, and the king later built a church on the spot where the dragon died.

King Edward III made St. George England’s official saint when he became King of England in 1327. To the king, St. George embodied all the characteristics he wanted his kingdom to project to the outside world.   At the same time, English soldiers were required to wear “a sign of Saint George” on their uniforms. St. George appears in Shakespeare’s version of King Henry V’s rousing address to his troops before the Battle of Agincourt: “Cry ‘God for Harry, England, and Saint George.’” —CONTRIBUTED