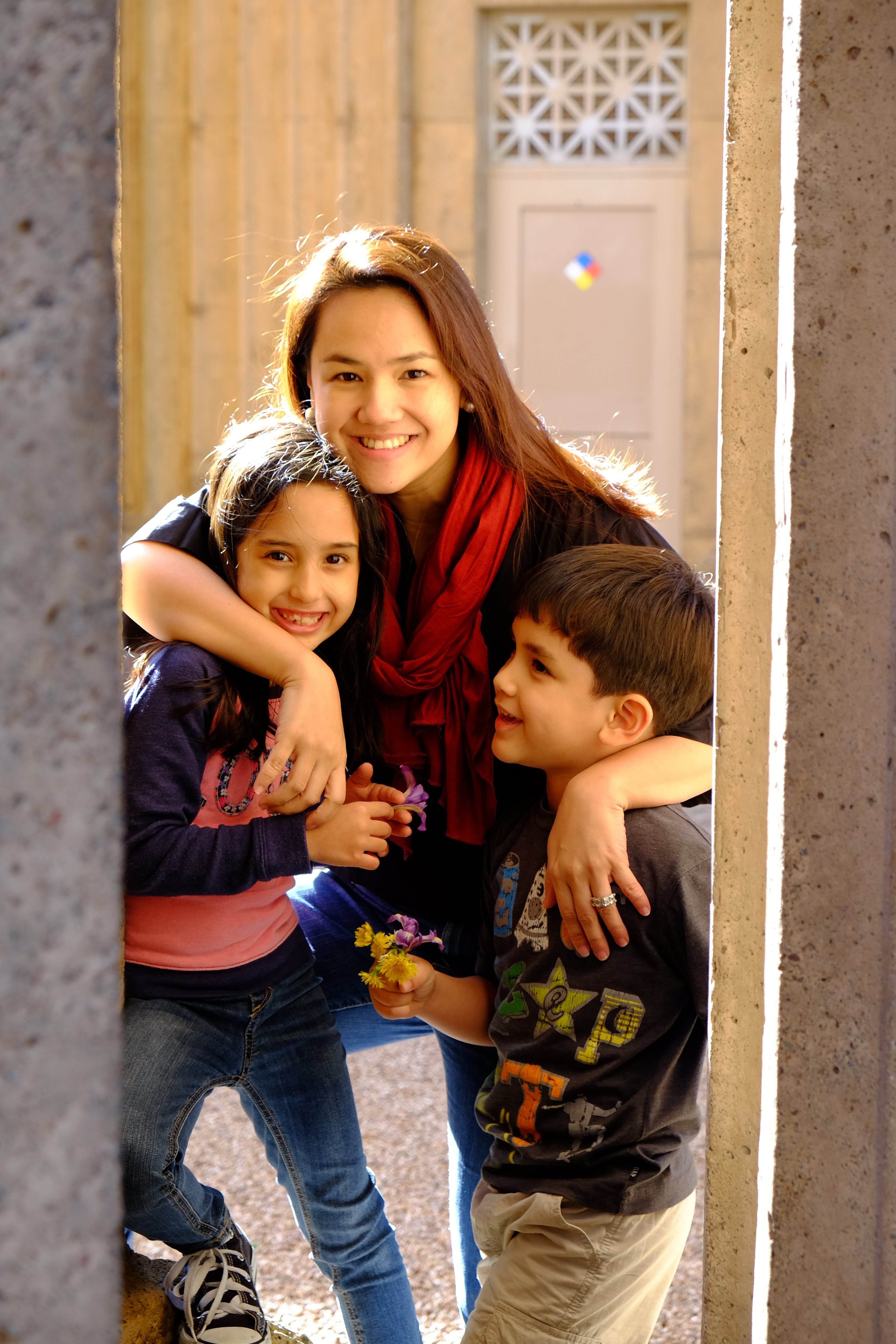 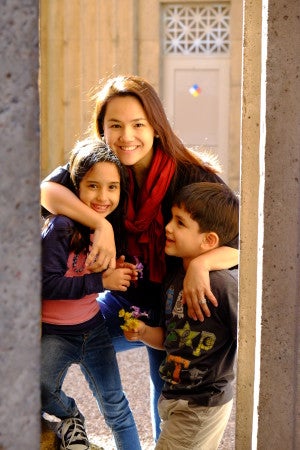 On the Facebook wall of Mia Rocha-Lauchengco, she proudly posted a photo of Davey playing old-fashioned jack en poy with his dad. Then she uploaded a short video of the moonrise by Natalie, dedicated to her parents. The pictures say a lot about their relationship.

Mia describes her parenting style as teamwork. “Raymond and I shower them with affection. It makes the kids secure. We pray together, particularly if they are going through something difficult—physically, mentally or emotionally. We also try to figure out their strengths and skills, and then look for ways of honing them.”

The children learned discipline with love early on. Mia cites how they are allowed to play with the iPad only every other day, as too much can cause eyestrain. They are encouraged to be active in outdoor games, drawing and reading.

“The gadgets can be left anywhere on a nongadget day, and they won’t touch it,” says Mia.

In situations that require tougher measures, Mia tries to avoid getting emotional. If she does, she immediately apologizes to let the kids know they deserve respect.

“I recently learned to sit with them and let them own up to what they did instead of just scolding them. It helps them process. And then, it’s over. We end with a cuddle.”

Natalie and Davey have no objections to the way their mother disciplines them. They also know her soft spot. “She loves to be tickled,” says Natalie.

The tweener notes how Mom can make them happy when they are sad. “She’s silly,” says Natalie.

Davey adores his Mama for her solicitous attention, whether during homework time or when he’s sick.
At bedtime, they open up. “My son is a talker and usually just says what’s on his mind. My daughter is in that preteen stage. Hence, I need to coax things out of her. I explain that while there are things that may upset us, it doesn’t change the fact that Raymond and I love them wholeheartedly. I do tell them, though, that knowing what’s going on with them helps us take care of them better.”

A sensible mother adjusts to her children’s idiosyncracies. “Their love language is different, too!” says Mia. “Natalie is about chatting, and I know she loves it when we spend time with her. Davey is all about the cuddles and food treats.”

Mia’s efforts have borne fruit. When she makes a gaffe, the children quickly forgive. They can sense her challenges and immediately come to the rescue.

“I had a miscarriage earlier this year and I cried quite a bit,” she reveals. “They didn’t hesitate to hug me, even if I knew they were sad, too.”

A Facebook photo of single mom Vicki Abary holding hands with her only son Enzo while walking on the shores of the Pacific Ocean says it all.

Vicki says the exchange of “I love yous” throughout the day is as routine as mealtime. It works like an elixir for Enzo to send him off to school and affirm his achievements.

“I make sure to praise him for his efforts,” she says. “Growing up, Enzo had low self-esteem, and so I moved him to a progressive school that not only cares about academics but also the students’ character, social thinking and learning aptitude.”

To Enzo, Vicki’s embraces, especially at bedtime, make her a special mother.

“My mom meets my needs through hugs and telling me positive things,” he says.

After coming home from work, Vicki plays with Enzo. Weekends are spent on a movie or play date, with Enzo’s best friend in tow.

“We play fuzzball Uno and Triominos and watch Netflix,” says Enzo. “We always go on vacation, and I even saw her bar in El Nido. For my summer vacation, she takes me to new places and ones that I like. She brings me to see new wonders.”

Vicki adds: “What he enjoys most is that we are together, doing both everyday and extraordinary things together.”

Nonetheless, love is balanced with discipline. Enzo is reluctant about reading books which, to him, is just looking at words. He’d rather swipe his tablet. “Enzo isn’t allowed to play with his iPad or watch TV during school days. If he does his homework and reads, then he may have one hour of TV a day,” says Vicki.

Privileges are curbed to discipline the child, but Enzo is generally an obedient son, notes Vicki.

When she gets frustrated at his naughtiness, he gives her a hug and a kiss to soften her up.
“I listen to her,” he says.

Parenting style adjusts according to development stage of the child.

“I’m flexible but consistent,” says Vicki. “I expect Enzo to be polite. He is reminded not to interrupt me when I am talking to someone, or to look someone in the eye when speaking to them.”

Vicki imparted the value of honesty early on. When she caught him telling a white lie, she taught him to be brave in telling the truth. “I always tell him that even if he does something that I don’t like, I will always love him.”

As a boy coming of age, he confides in her about his crush and reveals his letter asking if the girl reciprocates his feelings. “I love that he tells me these things while, at the same time, my heart is breaking into a million pieces,” says Vicki. “He’s growing up.” —CONTRIBUTED