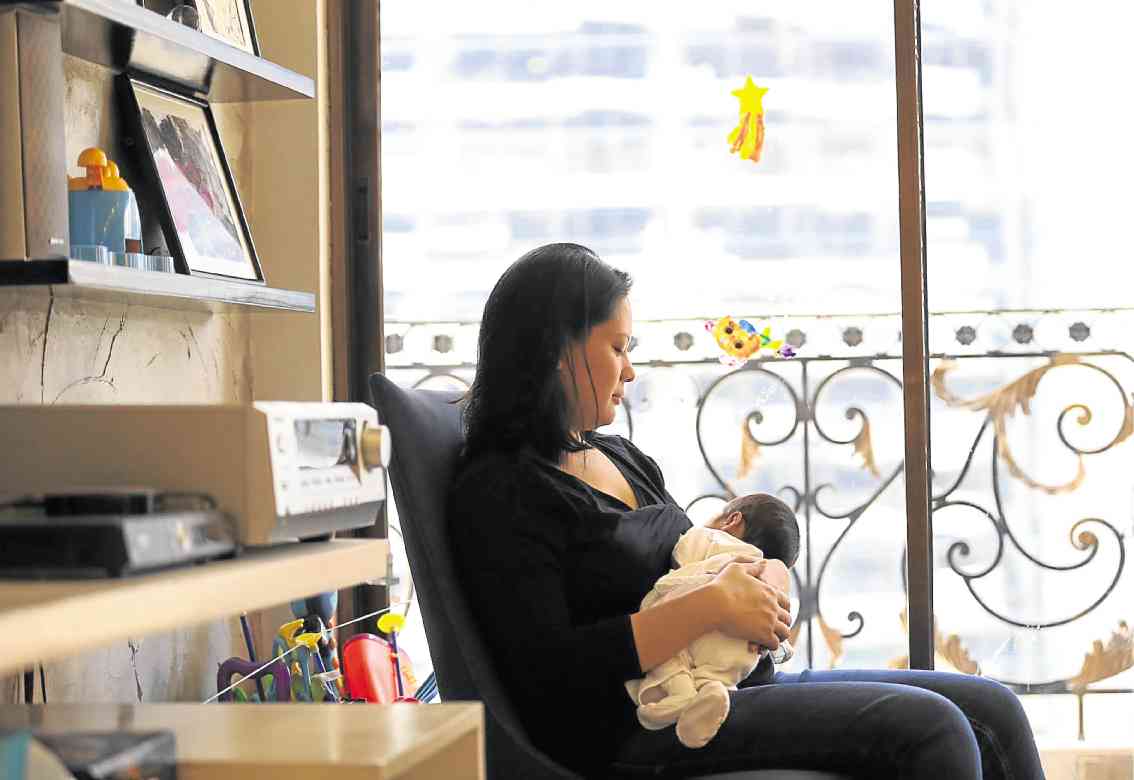 More than instinctive, breast-feeding is a ‘learned skill’

Breast-feeding might seem the most natural way to feed babies, but it’s a skill that needs to be learned.

According to breast-feeding counselor Claire Mogol, the practice is not instinctive and does not come naturally to mothers. It’s “a learned skill,” she said, adding that a mother needs the right amount of information, observation, practice and support to gain maximum benefit from breast-feeding.

Fortunately for first-time mothers, there’s Latch, an advocacy group formed by mothers to help other mothers breastfeed their babies.

Latch, which stands for Lactation, Attachment, Training, Counseling and Help, was founded in 2006 and offers three-hour classes every two months. Topics discussed include: the benefits of breast-feeding, what mothers should do during their baby’s first week, how to latch and position the baby, and what to do to store breast milk.

“Based on feedback we get, mothers now are having a hard time doing it,” said Mogol who started peer counseling for Latch in 2011.

The executive at Bangko Sentral ng Pilipinas said many of the difficulties mothers experience come from their lack of knowledge and lack of support from the family, as well as from pervasive myths and misinformation.

“We have to bust those myths,” Mogol said of the myths usually discussed during Latch sessions.

According to Mogol, three of the most pervasive myths center on the belief that not all mothers have breast milk; the perception that small breasts cannot produce milk, and the rather strange notion that milk from one breast is dependent on the amount of rice the mother consumes, while milk from the other breast depends on the type of dish the mother eats.

Such beliefs can intimidate mothers and make them reluctant to breast-feed lest they do something wrong, the Latch counselor said. “Parang ang daming bawal (so many don’ts), she added.

For Mogol, breast-feeding is fast becoming a lost culture because not all hospitals encourage it. Commercialism has also set in, she added.

“A lot of breast milk substitutes are being marketed. And in hospitals, it’s no longer automatic for new mothers to breast-feed. Some are given the bottle for their babies,” Mogol said.

While mothers may face different problems when they practice breast-feeding, there is one solution that works, the Latch counselor said: “Fix the latch and positioning of the baby.”

Aside from breast-feeding information, Latch also provides tips for working mothers. The group welcomes as well support groups for breast-feeding mothers, including their family, so they could learn how to properly encourage their kin to continue the practice.

Mogol said it is important that mothers get care and support even as they take care of their babies. “Breast-feeding is a daily struggle,” she said.

Since its founding in 2006, Latch has opened three more chapters in Cebu, Laguna and Davao. This month, it will open another chapter in Quezon City. The group can be reached through its Facebook page.