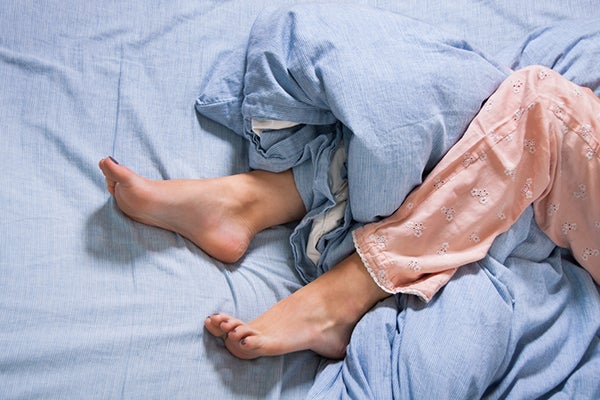 A new animal study, published in the journal Nature Medicine, suggests that sleeping more and drinking coffee rather than taking analgesics can help reduce the intensity of chronic pain.

Chronic pain sufferers could benefit from combining good sleep habits, taking sleep-promoting medications at night and alertness-promoting agents such as coffee during the day, according to a joint study by Boston Children’s Hospital and Beth Israel Deaconess Medical Center (BIDMC).

The researchers first studied the sleep cycles of lab animals (mice), measuring how long they slept and their sensory sensitivity.

To assess the impact of lack of sleep on pain, the research team kept the mice awake for as long as 12 hours in one session, or for six hours for five consecutive days. They did this by entertaining them with games without over-stimulating them or stressing them, thus mimicking the way people watch TV late in the evening instead of going to sleep.

Sensitivity to pain was gauged by exposing the mice to heat, cold, pressure or capsaicin (found in hot chili peppers) and “measuring how long it took the animal to move away or lick away the discomfort caused by the capsaicin.”

The researchers also tested responses to non-painful stimuli, such as loud noise which made the mice start.

Analgesics (such as morphine and ibuprofen) did not reduce heightened pain sensitivity due to sleep loss. The study showed that morphine in particular lost most of its efficacy in mice deprived of sleep.

The study points out that in general, patients tend to increase analgesic dosage to compensate for the loss of efficacy due to sleep deprivation, thus increasing the risk of side-effects.

In contrast, caffeine and modafinil, both of which are known for promoting wakefulness, successfully blocked hyper-sensitivity to pain caused by acute and chronic sleep loss. But the study showed that in non-sleep-deprived mice, these substances did not have any analgesic effect.

The International Association for the Study of Pain (IASP) Pain defines pain as “an unpleasant sensory and emotional experience associated with actual or potential tissue damage or described in terms of such damage.” It can be acute when associated with trauma or an operation, or chronic if it lasts longer than three months and responds poorly to treatment.

According to the World Health Organization, one in five adults suffers from moderate to severe chronic pain, and one in three of those are unable to live independently. JB