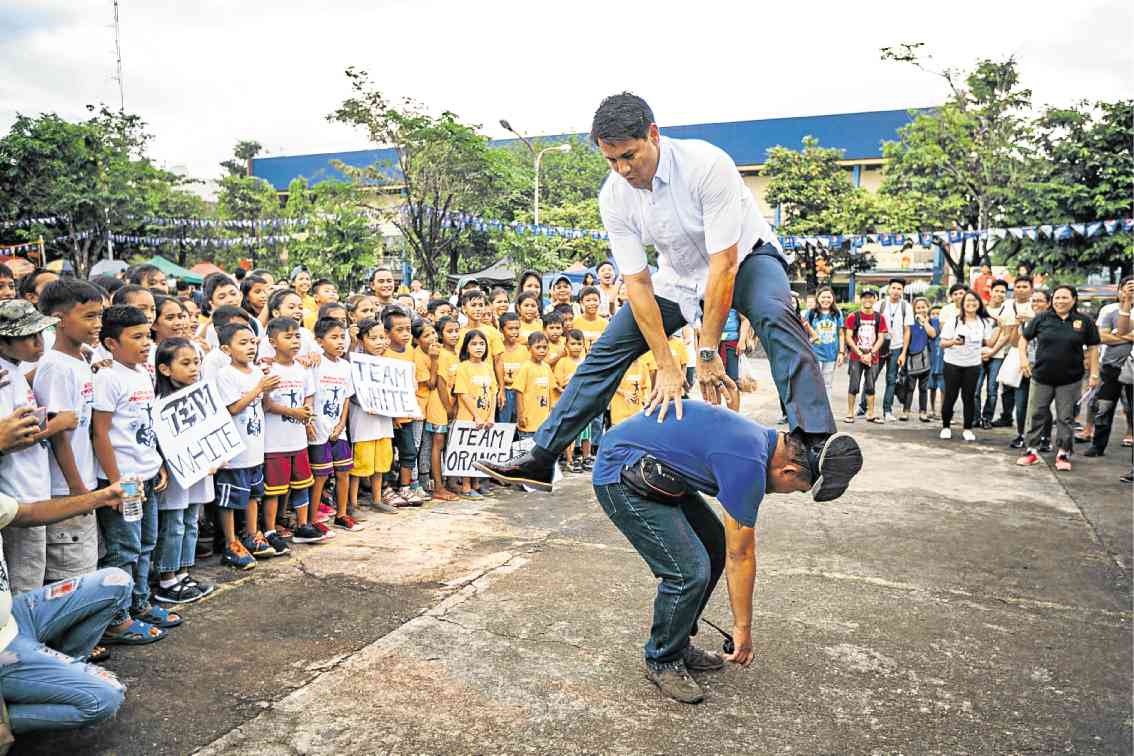 The sea, mountains and acreage after awesome acreage of pineapples are the first things visitors see upon entering the city of Ormoc in Leyte.

The summer produces rainbows every sunset. And this was evident during the recent opening of National Heritage Month (NHM) there.

“Ano nga ba ang Ormoc?” asked Mayor Richard Gomez, seeking answers in developing the old prewar Ormoc City Hall, a project that had been abandoned for decades until his election.

Together with the National Commission for Culture and the Arts (NCCA), the Ormoc government plans to transform the historic site into the city’s official museum. It will feature historical documents and tangible heritage; it will also serve as an artists’ hub for the city, added Gomez.
NHM opened with a cultural dance by Eastern Visayas State University Dance Troupe.

The NCCA and the Ormoc government signed a memorandum of agreement to collaborate in developing the town’s cultural heritage.
Paduan Pinoy Ormocanon, a heritage game for kids, was held on the theme “Malasakit para sa Pamana.”

They played tumbang preso, also known as tumba lata, in which players knock down a can or a bottle by throwing their slippers at them.

They also played tiyakad, a racing game using half a coconut shell as slippers tied to a string and pulled by the hands so the racer can move forward.

They also played hilahan (tug-and-pull) and palo-sebo, in which the player is blindfolded and equipped with a bat to smash a clay pot containing coins and candies. It is the Filipino version of piñata.

“I don’t want the children to remember Ormoc as an internet town. I want them to know Ormoc as a city of culture,” Gomez said.
Later, the Philippine Opera Company serenaded the crowd with a medley of harana (courtship song), such as ” Saan Ka Man Naroroon” and “Rosas Pandan.”

Students and young Ormoconons toured prewar structures such as the old Ormoc City Hall and Fuente de la Reina, the oldest bridge in the city. Made of cobblestones and built during the 1880s, the bridge once served as a docking area for sailboats and trading vessels of Chinese and Javanese from Indonesia.

One example of heritage that is still being used in Ormoc is Agua Dulce (sweet water). It is a well that produces safe natural water since the Spanish era.

Only three of the six flowing wells are functional. They’re a major source of drinking water for today’s Ormocanons.

Also notable historical sites are the Philippine-Japanese Peace Memorial and the house of Rep. Dominador Tan.
The Art Deco house was built before the war. It became the headquarters of Japanese military in Leyte and was badly damaged during the Battle of Ormoc Bay.

Bullet holes and signs of artillery damage are scattered all over the building. They represent the scars of the war that continue to traumatize Filipinos.

The Philippines-Japanese friendship monument was built by Nagoya and Gifu, and represents Japanese contrition for the war.
All of these stories were passed on to the new generation of Filipinos so that they would value their history and heritage. —CONTRIBUTED