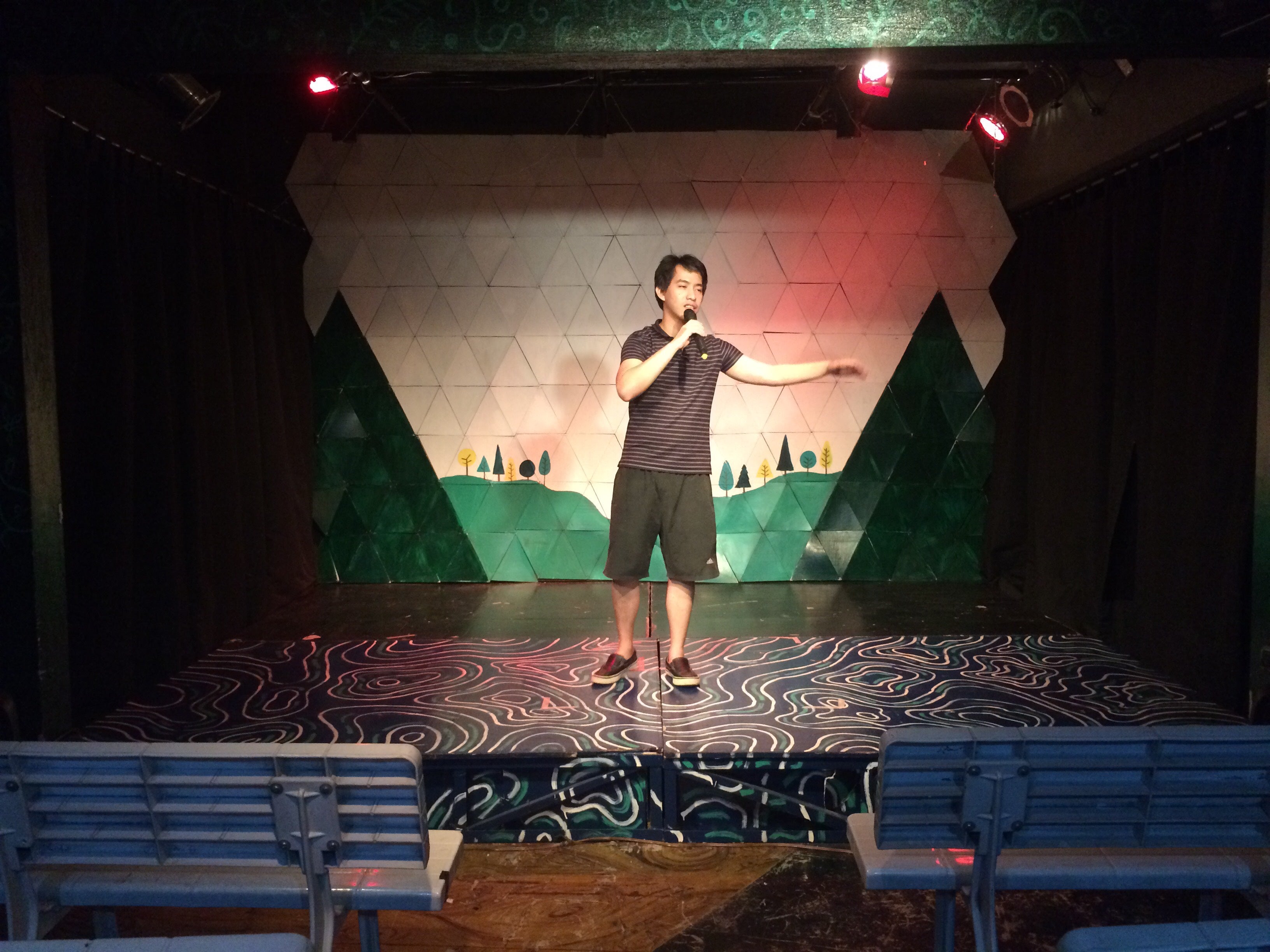 Jay Crisostomo IV: “We wanted to perform, to share, to give what we learned. But it wasn't always so easy. The solution was daunting, yet simple. Build your own space … a space for artists, both new and old, experienced and learning, known and unknown.” —CONTRIBUTED PHOTO

One drunken night, Jay Crisostomo IV shouted that he would build a café-cum-gallery-cum-theater.

“We wanted to perform, to share, to give what we learned. But it wasn’t always so easy. The solution was daunting, yet simple. Build your own space,” he says.

Crisostomo wanted “a space for artists, both new and old, experienced and learning, known and unknown.”

The morning after, his girlfriend made him begin the task. “After three months, and the support of family and friends, Dito: Bahay ng Sining Café and Art Space opened.”

At the second floor of a building along Molina Street in Marikina, the 40-seater café (50 if you count the al fresco seats) and 100-seater theater has hosted painting sessions, art bazaars and performances since then.

“I used to do everything from mopping the floors, to cooking, to groceries, to directing, marketing, casting, etc.”

The café’s been able to sustain itself, and Crisostomo has help these days.

“It’s not always easy to please the young art crowd but our Yakult smoothie and Buffalo wings seem to get the job done. Now I just handle the theater, events, promotions and the groceries sometimes.”

When he was in grade school, Crisostomo’s parents enrolled him and his sister in the summer performing workshops of Triumphant Peoples Evangelistic Theater Society (Trumpets). “My sister went to jazz and singing. I’m bereft of a single correct tone and cursed with two left feet, so I opted for the theater workshops because I didn’t need to sing or dance well. Everyone could act, express. It was so democratic and I fell in love with it.”

He went on to join Ateneo High School’s Teatro Baguntao under Ron Capinding and Ateneo de Manila University’s Tanghalang Ateneo. “That’s where I met my mentor Ricky Abad. I shifted from Biology to a double major in Creative Writing and Directing.”

Aside from directing occasionally for Tanghalang Ateneo and other groups like Theater House of Black, Crisostomo’s been churning out new plays and directing them for his own group, Ikarus Theatre Collaborative, housed in Dito, of course.

This year, Ikarus is scheduled to stage Jean-Paul Sartre’s “No Exit” in June, Samuel Beckett’s “Waiting for Godot” in August and a new work, “Bastion” by Crisostomo in November.

Three people forced to suffer each other’s company for eternity; two tramps waiting in vain for someone; people overcome by famine: the season paints a bleak landscape, but it’s intentional,” says Crisostomo.

“The choosing of the plays is at the mercy of my biases as a reader. My favorite playwright is Beckett, my college thesis was one of his plays, ‘Endgame.’ I’m in love with existential theater.

“We need to face the void, the impossible, especially in these absurd times when anyone can be shot just because someone calls him a drug dealer.

“That’s what the Theatre of the Absurd is for me. The facing of the void. The facing of something insurmountable. Although I won’t do something too political with the plays this year, I want to hint at the fact that small things can fight the unbeatable, and, sometimes, somehow win.”—CONTRIBUTED