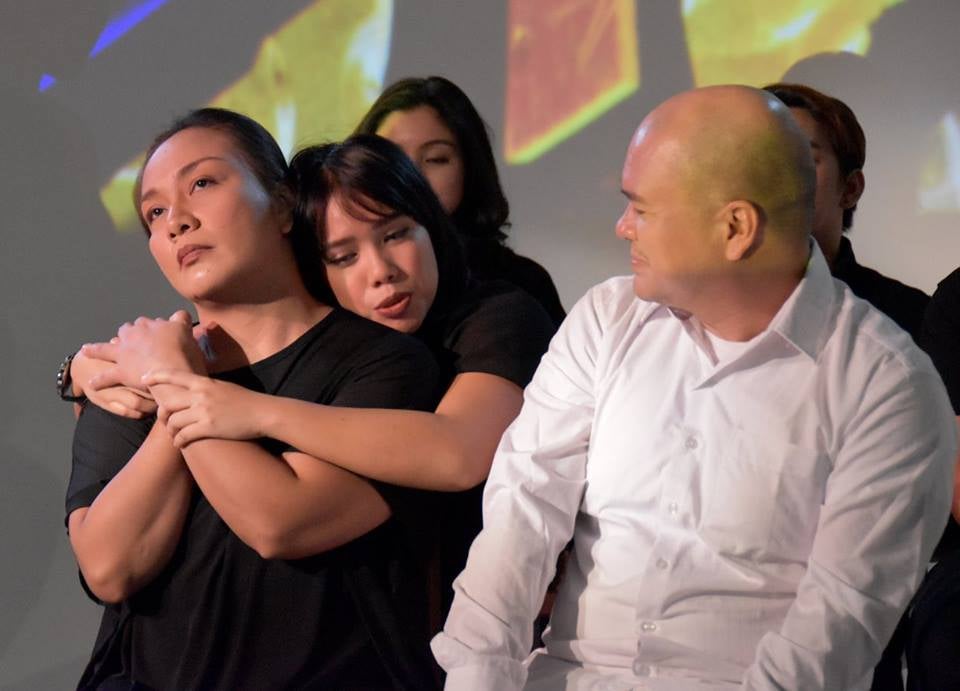 The Egg Theater Company’s “Kung Paano Maghiwalay,” written and directed by company founder George de Jesus III, is the kind of short dramatic play that invites more emotional involvement from the audience than intellectual introspection. And that is not necessarily a bad thing.

The experience the play offers on matters of the heart—love, loss and its stubborn will to linger—is subtly powerful because it goes into the many emotional calisthenics of a breakup which, at some point or another, many of us have gone through.

The reasons behind the separations of the many couples in the play are alluded to. A giveaway line or two mentions infidelity, a workaholic schedule, lack of compatibility, sometimes even perhaps sheer boredom.

But the reasons are not important. The play does not dwell on them or invite any analysis of them. It is enough for us to know that the half-dozen couples would eventually sever their relationships—some quickly, others intermittently over a period of time. What is vital is that we understand the pain and pathos they go through.

In the end, surprisingly, the emotional uplift comes from realizing and appreciating what had made those relationships worth all their attendant angst.

De Jesus’ material holds a sharp, stark mirror to the various dalliances that go on in modern-day Manila (or any other local urban milieu). A millennial couple breaks up through text messaging. A gay twosome who obviously still like each other decide they would be better off as friends.

There’s Dino (Andrei Vegas) who’s still crazy about his ex-first love Ina (Sarina Sasaki), although he falls into a casual affair with close friend Carla (Affy Verona). Then there’s a pair of lesbian lovers torn between hanging on to their relationship or just calling it quits (Teetin Villanueva and Mara Paulina Marasigan).

And because Filipino society is actually one huge community where everyone knows each other, these couples keep bumping into each other. And one of them is either connected to or knows a partner in these relationships. This game of musical chairs is the dance by which De Jesus unravels the emotional states of his characters, their individual stakes in the relationship and why they have a hard time letting go.

At the fulcrum of this romantic merry-go-round is a relatively older couple who have gone through the ringer several times in their decades-long marriage. Juliene Mendoza and Stella Cañete-Mendoza as Ben and Anita have known the highs and lows of staying together and have arrived at that point where they’re considering either cutting their losses or just staying put. They’re the parents of Dino (Vegas) and Lou (Villanueva), but their joint experience hangs like a contextual backdrop to the stories of the younger characters.

The stream-of-consciousness structure, as opposed to a strictly linear plot line, keeps the audience guessing as to the current phase of a couple’s relationship. At the same time, the vignette setup can be occasionally confusing, especially when the connections between some characters are not clear, or when some stories need more development than others.

Still, none of these leave you wanting at the end of the play. The homegrown script and the relatable characters make the material all too real and can cause one to reflect on his or her own entangled relationships.

While the plot developments may seem elementary on the surface, the emotions the play leaves the audience with at the end are far from simple. They’re complex, bittersweet and affecting—compelling enough to make one relive his or her experiences with lost loves, their agonies and ecstasies. —CONTRIBUTED