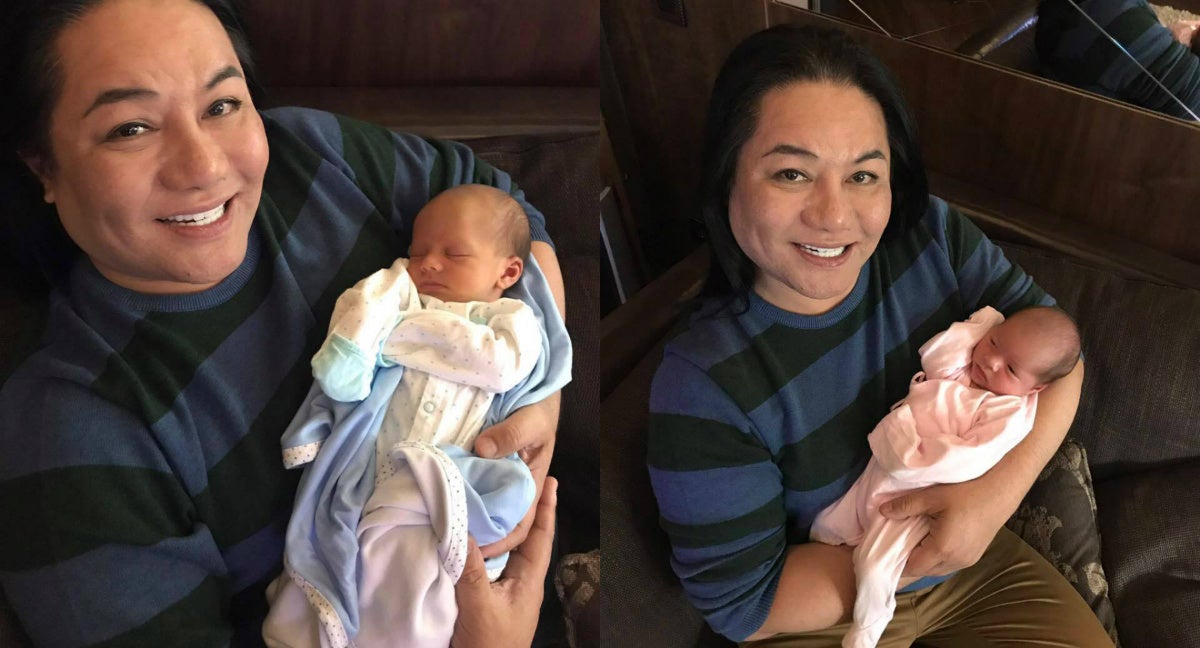 Joel Cruz has given a glimpse of his third set of twins.

On Facebook Friday, the perfume magnate posted pictures of him cradling Prince Charles and Princess Charlotte, who were born last May 25 in Moscow, Russia. Cruz flew to that country last month to welcome them.

All of Cruz’s children were carried by the same Ukranian surrogate mother through in-vitro fertilization.  Gianna Francesca Catolico /ra

Joel Cruz in Russia to welcome third set of twins

Joel Cruz: Oozing with the scent of success