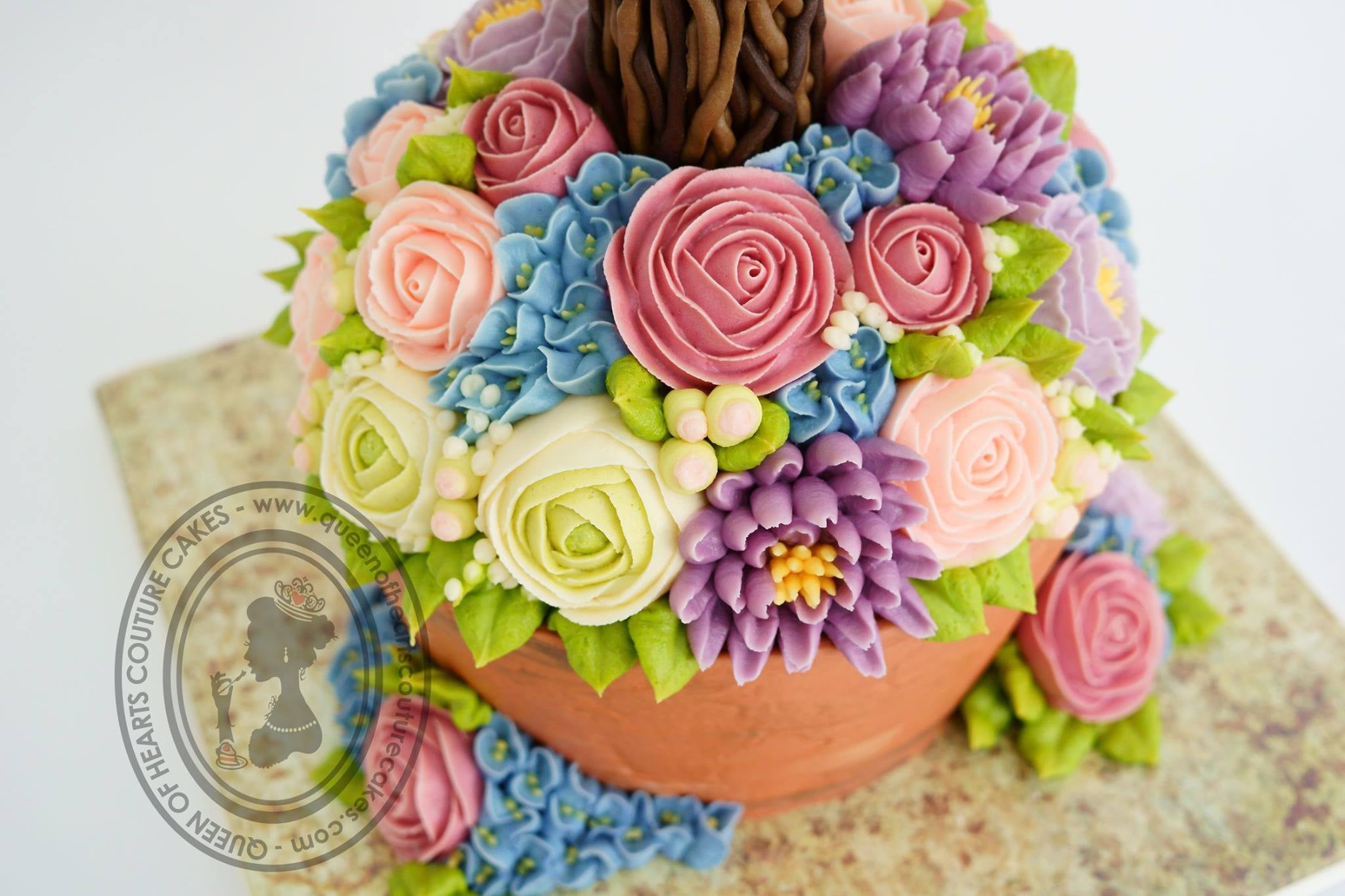 These cakes are known worldwide for their delectable designs:

The secret behind these cakes is a type of icing called buttercream—and a lot of imagination and technique from the people behind them: Valeri Valeriano and Christina Ong.

They are the two-person team responsible for Queen of Hearts Couture Cakes based in London.

When it comes to creating new designs, they base it on requests or trends, and teach themselves how to do these. Since then, they’ve created designs based on macramé, stained glass, art and fashion.

A post shared by Queen of Hearts Couture Cakes (@queenofheartscouturecakes) on May 1, 2017 at 4:56am PDT

Now, following bestselling books and sold-out classes worldwide, the duo still has more up their black-and-red sleeves. Find out more about these inspiring women and how their success shows that you don’t need to have everything figured out:

They barely knew each other when they flew to London.

When you’re with Valeri and Christina, you can sense immediately that more than friends, they are partners for life.

During their early 20s, the pair met through common friends at a party and immediately had a whirlwind friendship. They hit it off so well that after a few months of knowing one another, Christina asked Valeri if she wanted to go to London, and no questions asked, the latter said yes.

They did every odd job to make ends meet.

At the start, they had no solid plans about what they would do there. For a month, they toured London until the reality to make a living set in. Initially, work was easy to find as they were employed as nurses under an agency. But the recession hit the United Kingdom and soon work was irregular.

With the help of other Filipinos, they found odd jobs which included cleaning houses (they shared that some of these were mansions) and babysitting.

They had zero baking ambition, but found their niche.

This entire time, they had never baked anything and only had a toaster oven in their shared apartment. Back then, they were helping care for children who had extremely kind mothers and wanted to thank them during Mother’s Day.

Since they were budget-strapped, they looked for online tutorials, and found some on baking and decorating. They discovered buttercream as an icing for cupcakes, and their first creation was a cupcake bouquet of sunflowers with an Oreo cookie at the center. The moms’ reactions were so positive and encouraging that they began to consider entering the baking industry since no one else was doing buttercream decorations.

Then they went all out, but had to persevere before getting noticed.

Both Valeri and Christina are the type of people who give a hundred percent when they take on an endeavor, and so in 2011, they took on this new pursuit and called it Queen of Hearts Couture Cakes. After practicing their techniques with more designs, Valeri learned how to create a website and filled it with photos of their creations.

They had no customers at first. It took several months before they were noticed, and after selling at fairs, they got their big break at Cake International, the largest cake show in the world, where they were offered the chance to do teaching demonstrations.

They decided to do teaching full-time.

Soon after, they started offering classes, with students trickling in at small numbers. Soon they were tapped to teach around the world and chose to begin with Manila. They have since shared their buttercream talents with students from the United States, New Zealand, Australia, Malaysia, Qatar, Kuwait and India, to name a few of their stops.

With all the planning, teaching and traveling, they no longer have time to take orders. “Only for Queen Elizabeth,” Valeri jokes.

Their drive and teamwork make them unstoppable.

Since the start, they’ve done everything without assistance, from carrying their own tents and tables to fairs, to practicing lessons and packaging their merchandise.

One thing that Valeri shared is that they never turned down offers to bake or teach even if they had zero experience on it. She even recalls crying onstage the first time they had to teach since she had never done something like it for such a large crowd.

Christina emphasizes that their success is that as both best friends and business partners, they make sure every decision is mutual and that they never fight about money.

They wish Pinoys could appreciate their work.

They want to stay in London since there is a bigger market for their specialty and it is easier to do business, but they always share their Filipino heritage wherever they go. Initially, they said the British weren’t fond of their designs because they found them too colorful, but they didn’t want to change this because they felt it also showed the Filipinos’ love for color. Soon, their bright and blooming designs grew on to international audiences.

However, they’re more known abroad than where they grew up. “’Yan ang aming hinagpis (We agonize over that),” says Christina.

They’ll be back soon. Being DIY innovators, they are distributing their self-made quality merchandise through Gourdo’s which will be launched this June 24.

With their life-changing experiences, they enjoy being able to touch others’ lives.

Both women are grounded yet aware that the success they’ve achieved is overwhelming.

Their books are top-selling cake decorating books on Amazon and have been translated to various languages, including German, Chinese and Spanish. They’ve been told personally that their books and lessons have changed individual’s lives, from hobbyists to full-time bakers.

That gives them the motivation to keep teaching no matter the time zone. “We have no right to be tired,” Valeri says.

To anyone who wants to follow their path, Valeri advises, “Find your niche and create your own style that will set you apart from anyone.”

“Be passionate about what you’re doing,” adds Christina.

But after meeting all types of people and going through ups and downs in life together, their ultimate lesson is this: “Be kind.”