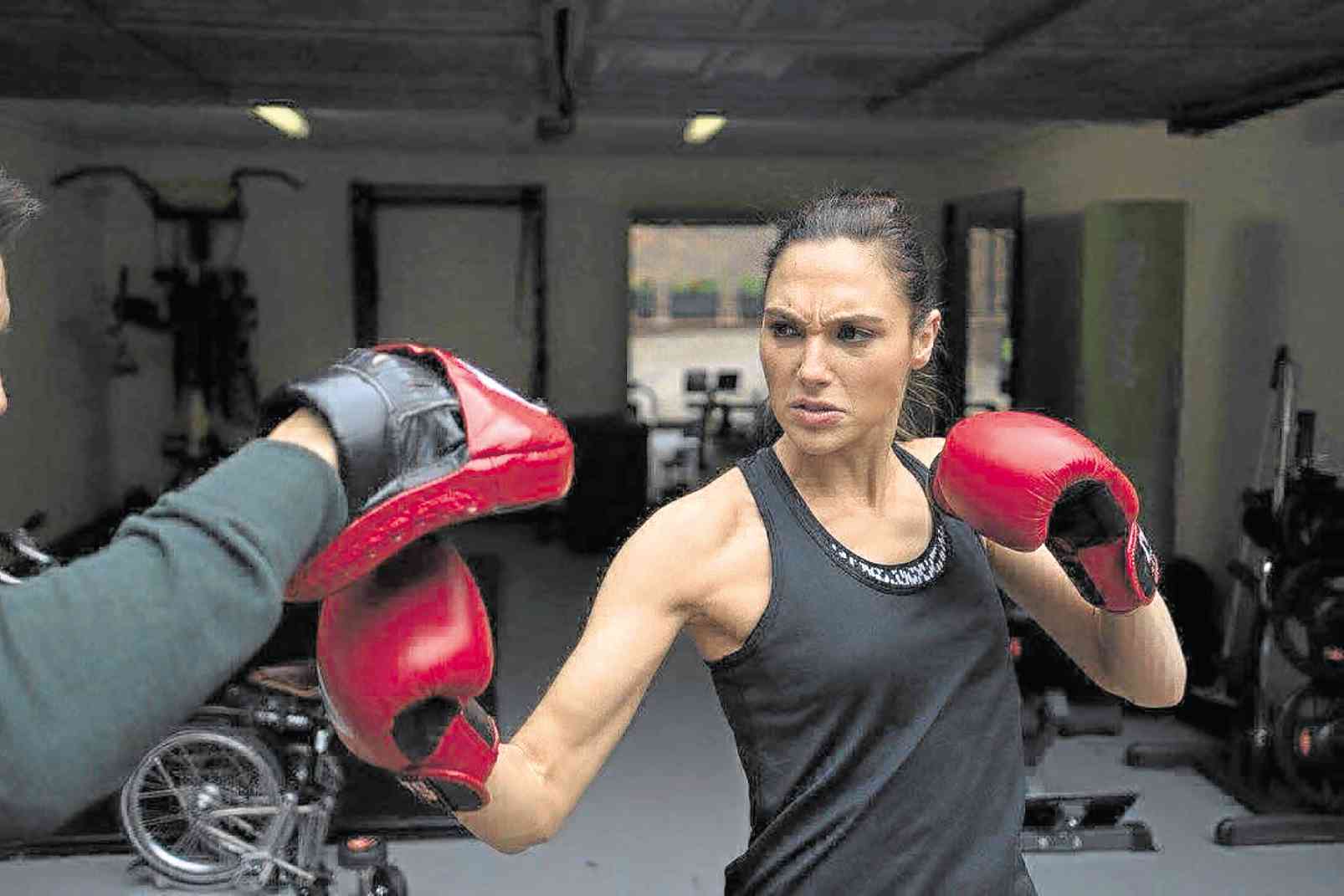 Training to become a superhero was way harder than training in the military boot camp, said the Israeli “Wonder Woman” star Gal Gadot on “Live with Kelly & Ryan.”

The 5’10” Gadot once served for two years in the Israel Defense Forces, eventually becoming one of its military combat trainers. That’s the reason she enjoyed shooting the movie’s fight scenes so much.

But real-life combat is not the same as a make-believe fight. In the movie, for example, Gadot needed the grace of a dancer, as well, when executing fight choreography.

“Since I started training, I’ve gained about 17 pounds—and it’s all muscle,” Gadot, 32, told Glamour. “I feel much better now. When you feel strong, it changes everything—your posture, the way you walk. I look at photos from five years ago and think, ‘Whoa, I was too skinny. It’s not cool.’”

To get her the body of a superhero warrior, she worked out for six months, training six to seven hours a day, with routines ranging from gym time, fight choreography and swordplay, to weapons training, archery and horseback riding. It was a difficult transformation, but one that was well worth it, she said.

She learned how to ride horses, training for one-and-a-half to two hours every day.

“It’s super hard!” she said on Live with Kelly & Ryan. “When people used to tell me, ‘Oh I do sports, I ride horses,’ I was like, ‘That’s not sports. The horse does everything’… No, you’ll be surprised. It’s soooooo painful!”

Apart from going to the gym, Gadot also trained for the stunts she did in “Wonder Woman.” This included wall climbing, boxing and mixed martial arts.

“I feel very privileged that I got the opportunity to portray such an iconic, strong female character,” she told People magazine. “I adore this character and everything that she stands for—love, compassion, acceptance and truth.”

Gadot’s costar, 51-year-old Robin Wright, said she had a complete body transformation while preparing to take on the role of General Antiope.

Wright, in an interview with Garbage singer Shirley Manson for “The Edit,” revealed how she altered her training regime and diet in order to portray her fierce warrior character.

“We would do horse riding for an hour, then drive from the stable to the studio and do weight training for an hour—heavy weights and short reps to build size quickly,” she explained. “We were trying to do 2,000-3,000 calories a day: Raw oats in smoothies with avocado, whole milk and weight-gain powder, three times a day.”

Wright said they would do horseback riding in the morning, where she learned how to canter with sheathes and
arrows.

“I only got five weeks [of the hardcore exercise] because I was on [set for my Netflix show] ‘House of Cards,’ and I didn’t do half of what the other girls did because my body wouldn’t go there,” she said.

Suffice to say, it took Wright a little time to feel like an Amazonian warrior on set, feeling scrawny when she first arrived for the shoot because her costars had been training longer than her.

“They were becoming Incredible Hulk females and I walk in, like, scrawny, bony me,” she told WENN. “I’m like, ‘Dude, I’m the general!’ I had, like, four weeks to get into shape. The most challenging thing was how much caloric food you had to ingest just to put on mass quickly. That was sickening. And I loved getting injured just from doing too many squats!”