These boots are made for dancing | Lifestyle.INQ ❮ ❯ 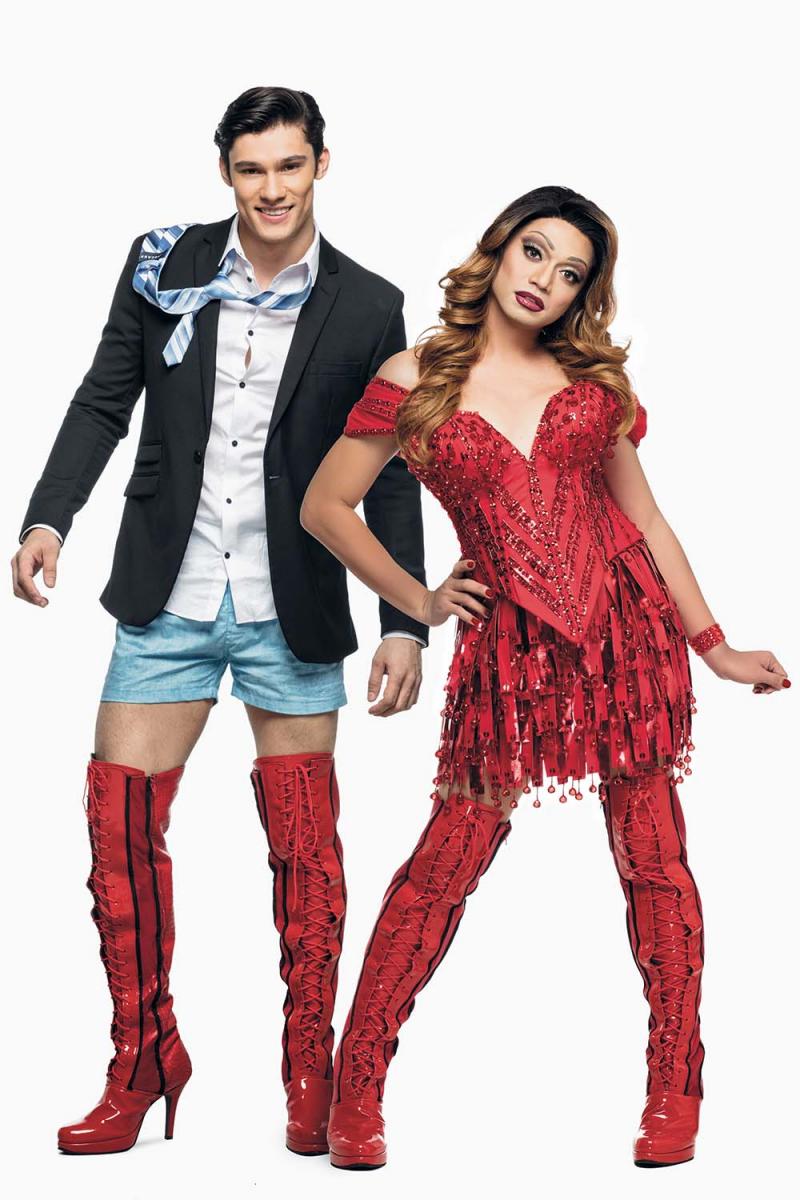 These boots are made for dancing

How does a failing shoemaking factory save itself? By making stiletto-heeled boots for men.

The Tony-winning musical (including Best Musical and Best Score), with music and lyrics by Cyndi Lauper and book by Harvey Fierstein, is based on the British film of the same title. It starred Chiwetel Ejiofor as Lola and Joel Edgerton as Charlie. The movie, in turn, was inspired by true events featured in a BBC2 documentary.

The costumes were originally to be designed by couturier Pepsi Herrera, but when Herrera died earlier this year, Raven Ong took over.

In real life, fabricating the 48 pairs of shoes (17 pairs of dance shoes, 10 half boots and 21 thigh-high boots) for the cast fell into the hands of Alex Ng, head of Wilson Shoes—where his 20 shoemakers craft bespoke footwear.

Ng’s father, Ng Tiam Tiong, founded Wilson Shoes in the late ’70s. “After working as a sales agent for a big shoe factory, he decided to open his own,” recalls the son. It supplied local stores like Shoemart (now SM) and Cinderella and even exported to clients abroad.

Mirroring the tenacity of the musical’s factory, Wilson Shoes has had to adjust to market forces over the years and reinvent itself from factory to atelier. It eventually downsized and rechanneled its output to cater to theater, TV and movie productions. (It also services brides/grooms and wedding entourages, and fashion designers for their one-off couture shoes).

And just as Charlie inherits the factory from his father, the Ng siblings all learned the trade from their father. “It started when we were still young, helping make patterns, drawing designs, making molds, cleaning the shoes,” says Alex.

The theater connection began with Ng’s late eldest brother, for whom the factory was named. He’d started servicing TV and film celebrity clients and got to know Rep’s founders Zeneida Amador and Baby Barredo, which led to building costume shoes for theater.

Fantasy? They built the boots for various incarnations of Darna, from Anjanette Abayari and Nanette Medved to Angel Locsin and Marian Rivera.

Functional and fanciful? Army boots for “Cabaret” and “The Producers;” “glass” shoes embellished with real Austria Swarovski clear crystals for “Cinderella;” Native American moccasins for “Peter Pan,” and gold slippers for “The King and I.”

Let’s not forget the nonhuman characters—ogre feet and donkey hooves for “Shrek” and enlarged clawed beast feet for “Beauty and the Beast.”

It also did the shoes for Rep’s recent 50th anniversary concert, “Rep: 50 Years of Telling Stories,” and is crafting those for 9 Works Theatrical’s “Newsies the Musical” (opens July 7).

For “Kinky Boots,” the titular footwear will be built to look “shiny, glittery and colorful based on Raven’s designs,” Ng says, listing materials such as leatherette, patent, snakeskin and embellishments like lace and crystals.

The challenge, he says, is to make the male actors’ typically bigger feet and leg sizes fit into the silhouette of typically smaller ladies’ thigh-high boots, and making sure the actors can dance in them.

“The toes are on platforms and the stiletto heels will be at least four inches. They have to be sturdy and strong.”
—CONTRIBUTED
“Kinky Boots” runs June 30-July 23 at Carlos P. Romulo Auditorium, 4/F RCBC Plaza, Makati City. Visit ticketworld.com.ph or www.facebook.com/ATEGasia.