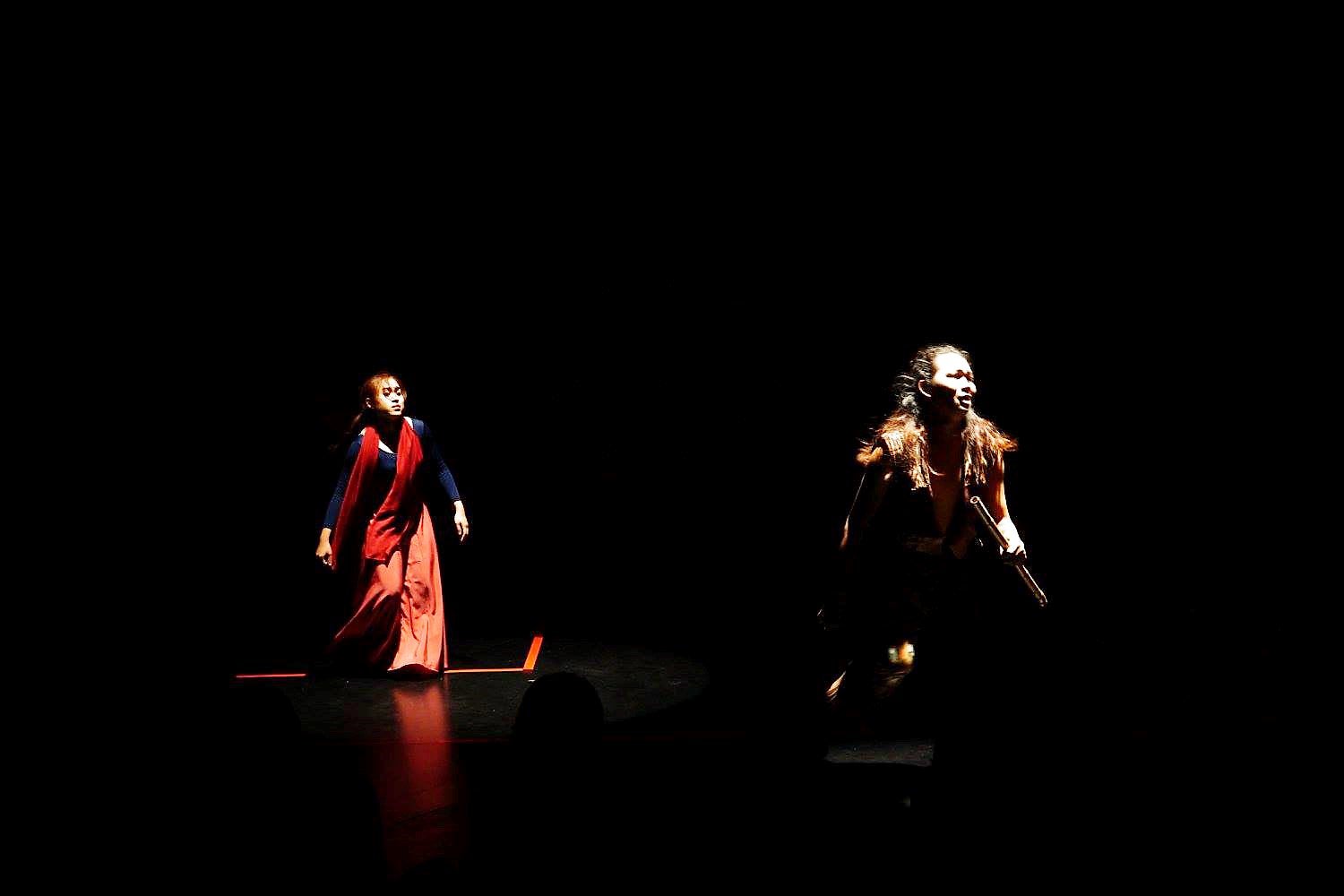 Scene from Ipag’s “The Orpheus Trilogy” presented at the APB Festival in Shanghai. REAMUR ADAZA DAVID

The APB, established in 2008 under Unesco’s International Theatre Institute, provides a platform for sharing, showcasing and experimenting with performance practices and pedagogies through the annual festival-conferences. This year’s festival, which drew some 200 artists from all over the region, is the APB’s 10th. Next year’s edition will be held at the Institut Seni Indonesia (ISI) in Yogyakarta, Indonesia’s leading arts academy.

The productions gravitated toward one quality—narratives that took off from experiences rooted in their realms.

The ancient story of Rustam and Sohrab (a rebuff of war) was performed by India’s National School of Drama in the “hyperbolic” folk Parsi style, while the National Academy of Chinese Theatre Arts employed the vocal and movement conventions of Yu Opera in an exquisite adaptation of Strindberg’s “Miss Julie.”

Australia anchors its theater on its historical bonds with Europe, hence the plays of naturalism by Chekhov (Victorian College of the Arts, Melbourne, Australia), explorations of the “absurd” in “Bite the Hand” (Western Australian Academy of Performing Arts, Perth), and a devised exploration of the  body as an expressive tool in “The Bare Stage” (University of Wollongong).

The LASALLE College of the Arts in Singapore performed “Raise the Roof,” a revue of portions of musicals produced on Broadway to illustrate samples of various styles in musical theater.

Tanghalang Ateneo’s poignant portrayal of “The Wayside Café” by playwright Tony Perez, directed by Ricardo Abad, slammed us with the reality of life-death transition. In an exacting mode of “physicalizing” the confrontations of the newly died bears in his threshold state, actors Brian Sy and Nicolo Magno devised the body struggling with its new state, suggesting the twists and curls of coming to terms with death.

Ipag’s “The Orpheus Trilogy” deconstructed the tale of the Thracian music god losing his dead wife Eurydice forever because of his doubt. From the original tale, our young theater makers-directors Veniza Yamomo and Trixcel Jon Emborong extracted two more vignettes to form a trilogy of stories with loss as the recurring theme.

This Shanghai outing was the first time Ipag produced an all-student production, from concept to production, rehearsals and music composition. The piece created as a workshop showcase a year ago became a study for the MSU-IIT’s performance and directing classes.

The Philippines’ robust participation in this international confab through Ipag and Tanghalang Ateneo confirms that, on benchmarks qualifying the productions and their studies vis-à-vis other academies around the world, Philippine student productions are well within the world-class standards of APB.

Steven P.C. Fernandez is the founding artistic director of the Integrated Performing Arts Guild of MSU-IIT.