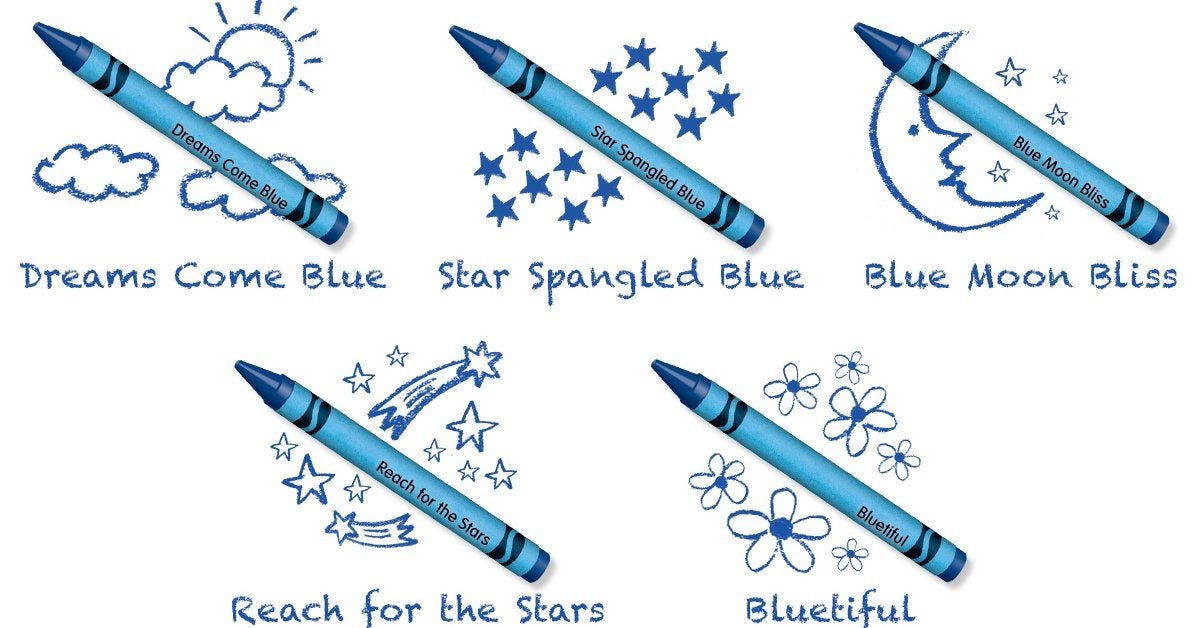 Five finalists were announced recently for Crayola’s “Name The Blue” crayon contest. The company is now inviting fans from the United States and Canada to vote for their favorite.

The names “Dreams Come Blue,” “Star Spangled Blue,” “Blue Moon Bliss,” “Reach for the Stars” and “Bluetiful” were chosen among all the entries that were sent in from the past two months.

Those who wish to participate can cast their votes at the contest’s official page. Participants can win daily prizes and a grand prize trip for four to the museum and visitor center Crayola Experience in Orlando, Florida.

Back in March 31 during National Crayon Day, Crayola announced that the Dandelion crayon color would be retiring. They also teased the news on their Twitter account ahead of time.

After an almost month-long commemorative trip down memory lane for the retired Crayola color, the campaign to name the new blue began in earnest early May.

Now, the campaign is nearing it’s end, with five names left to choose from. “Bluetiful” seems like a simple and catchy name. “Blue Moon Bliss” also sounds nice but might be too much to remember for little children. What do you think should be the new blue’s name? JB

Lights out go out at historic Delhi cinema after 84 years