You can customize the phone you want | Inquirer Lifestyle ❮ ❯ 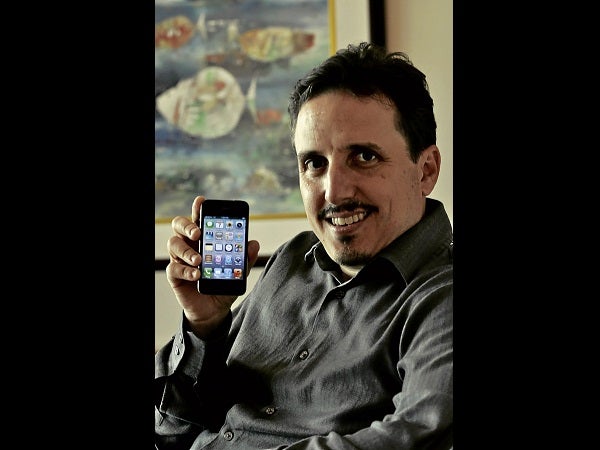 You can customize the phone you want 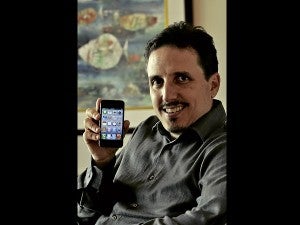 The iPhone 4S has arrived. In time for the holiday cheer, too.

“If you surf a lot, if you love the Internet, if you love Facebook—this is fantastic. I think for Christmas time, it’s one of the best presents Filipinos can give to their loved ones,” said Peter Bithos, head of consumer business for Globe Telecom Inc., about the iPhone 4S.

The iPhone 4S, launching locally on Dec. 16, will be offered with “very attractive plans,” Bithos said. By attractive, that means issues like Internet usage, inevitable when buying a smartphone such as this, will be addressed.

And it should be, since its popular voice-command feature, Siri, requires one to be connected to the Internet either through mobile network or WiFi.

“We already have great iPhone plans. We sell many iPhones on very low-end plans, with a little bit of cash out. But as always, competition is a good thing, so we’ll wait and see,” Bithos said.

Bithos said the launching of the iPhone 4S marks Globe’s fourth year of a long partnership with Apple Inc. With that experience, he said Globe knows how to give customers tailored experience “better than anybody else in the Philippines.”

He said Globe knows the plans customers would like. Globe, he said, who has been dealing with customer service specific for the iPhone for years, would also know how to be of better service to the iPhone and its users.

But a phone, no matter how fast an OS it may have, will be limited to what its carrier can offer in terms of connection. Globe, said Bithos, is ready to take on the 4G speed capabilities of the iPhone 4S.

“We are the first carrier in the country to launch 4G, and the first carrier to launch the 4G mobile as well. If you’re in an area where Globe has 4G, you’ll enjoy really great speed,” Bithos said. 4G will also be available in more and more areas soon, he said.

The iPhone 4S, now accepting preorder reservations at http://iphone4s.globe.com.ph/iphone4s Application, aside from coming out with its personal assistant Siri, is also faster and has a better camera (8 MP). You can preorder iPhone 4S in either black or white, choose a model from 16 to 64 GB, choose an application type (renew contract or new application), and choose a plan type (postpaid or prepaid).

“We have been overwhelmed with the demand. We are gearing up for a big launch,” said Bithos, who said the demand for the iPhone 4S is much higher than when the iPhone 4 was announced last year.

Letting you be you

The smartphone, Bithos continued, is really about letting you be you. With Globe, he said, you can tailor your plans to want you want. Simply put, you can customize your plan according to what your priorities/needs may be—unlimited browsing, unlimited text, unlimited voice calls.

“Whatever price point you want, you can build your plan with Globe, put in your own apps in your phone, and it becomes your device and your own experience, and that’s what Filipinos want. Everybody is different,” he said.

Bithos said roughly 60 percent have phones that can access the Internet, and about 10-20 percent have smartphones. On the rapid rise to popularity is the use of smartphones. According to Frost & Sullivan, more than one-third of Filipinos will be using smartphones by 2015.

Globe is gearing up for that new wave of smartphone users by investing about US$800 million to modernize and upgrade its system, with US$570 million to be spent in 2012/13. This means pervasive 3G coverage, double the fiber optics, all-IP infrastructure, 4G and LTE readiness, and overall quality and resiliency.

“Filipinos are among the most digital-savvy in Asia,” Bithos said. “We’ve been working hard to slowly build a company that can allow Filipinos to do what they want, when they want, how they want using the devices they want. It’s not about the technology; it’s about their life—do they like music, do they like playing games, do they like talking, surfing, YouTube, Facebook.”