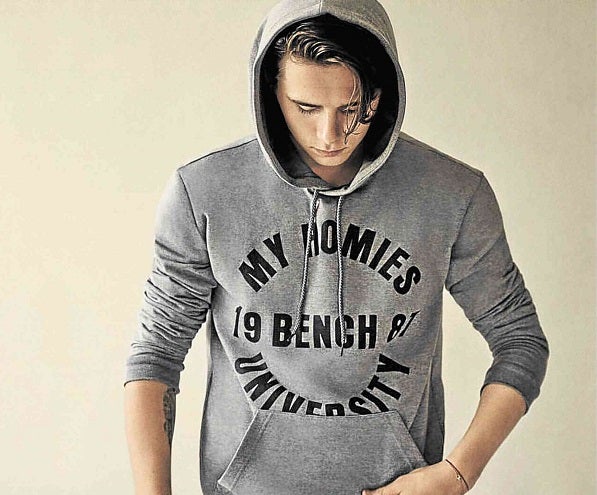 The announcement came via a teaser Instagram post by Bench founder Ben Chan over the weekend, with a partially concealed face of the 18-year-old in a gray Bench hoodie.

Chan posted the full image the next day, with the hashtag #BrooklynBeckhamForBench, followed by another image of the young man in a Bench jean jacket and tee. The campaign was shot in London. (The billboard is now up on Edsa Guadalupe.)

The announcement was received positively on social media, with fans of the young Beckham imploring Chan to fly him to Manila for a meet-and-greet. (Beckham could visit the country for promotional activities, as customary among Bench endorsers, but the brand declined to give details, other than it will be within the year.)

“Brooklyn Beckham is the right fit for the brand because of who he is, his age, and what he represents,” according to a Bench source. “We’re excited to have him join our roster of endorsers.”

Bench is marking its 30th anniversary this year with a characteristically star-studded lineup of activities, including its sponsorship of Britney Spears’ recent Manila concert.

According to the source, Beckham won’t be the last celebrity endorser to be introduced this year to mark Bench’s milestone.

Beckham, the eldest of Victoria and David Beckham’s four children, is an aspiring photographer who has shot a campaign for Burberry. He has also just released his first photography book.

He has appeared on the covers of Vogue China, L’Uomo Vogue and Miss Vogue UK.