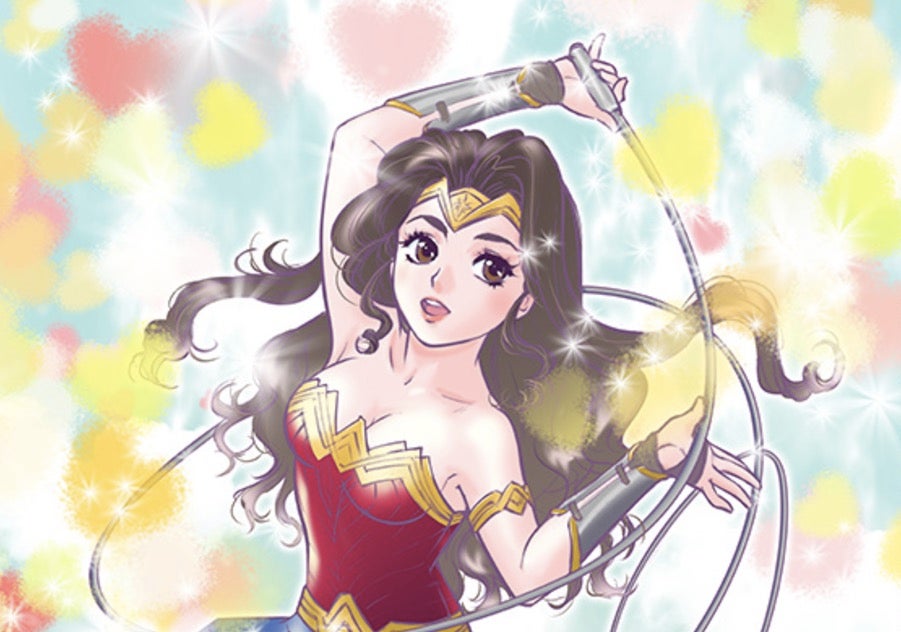 “Wonder Woman” will premiere in Japanese theaters in about a month’s time and Japanese audiences couldn’t be happier.

The first one came from Akemi Takada who worked on anime series “Patlabor the Mobile Police,” “Magical Creamy Mami” and “Urusei Yatsura.”

This piece with Superman comes from Sushio who worked on the series “Kill la Kill.”

These illustrations will be displayed at the Lumine EST mall in Shinjuku, Tokyo as part of the “Wonder Woman Art-ten” art exhibit starting July 28.

By following the Japanese “Wonder Woman” Twitter account and using the campaign hashtags #WonderWoman and #CreatorsCollaboration, fans of the film will get a chance to take home a special illustration drawn by American comic book artist Jim Lee. Winners will also be able to take home one of five Funko Pop Wonder Woman figures.

The promo lasts until August 31. The collaboration website also mentioned a second part of the promo, which will be announced soon.

“Wonder Woman” will be out in Japanese theaters on August 25. Alfred Bayle/KI