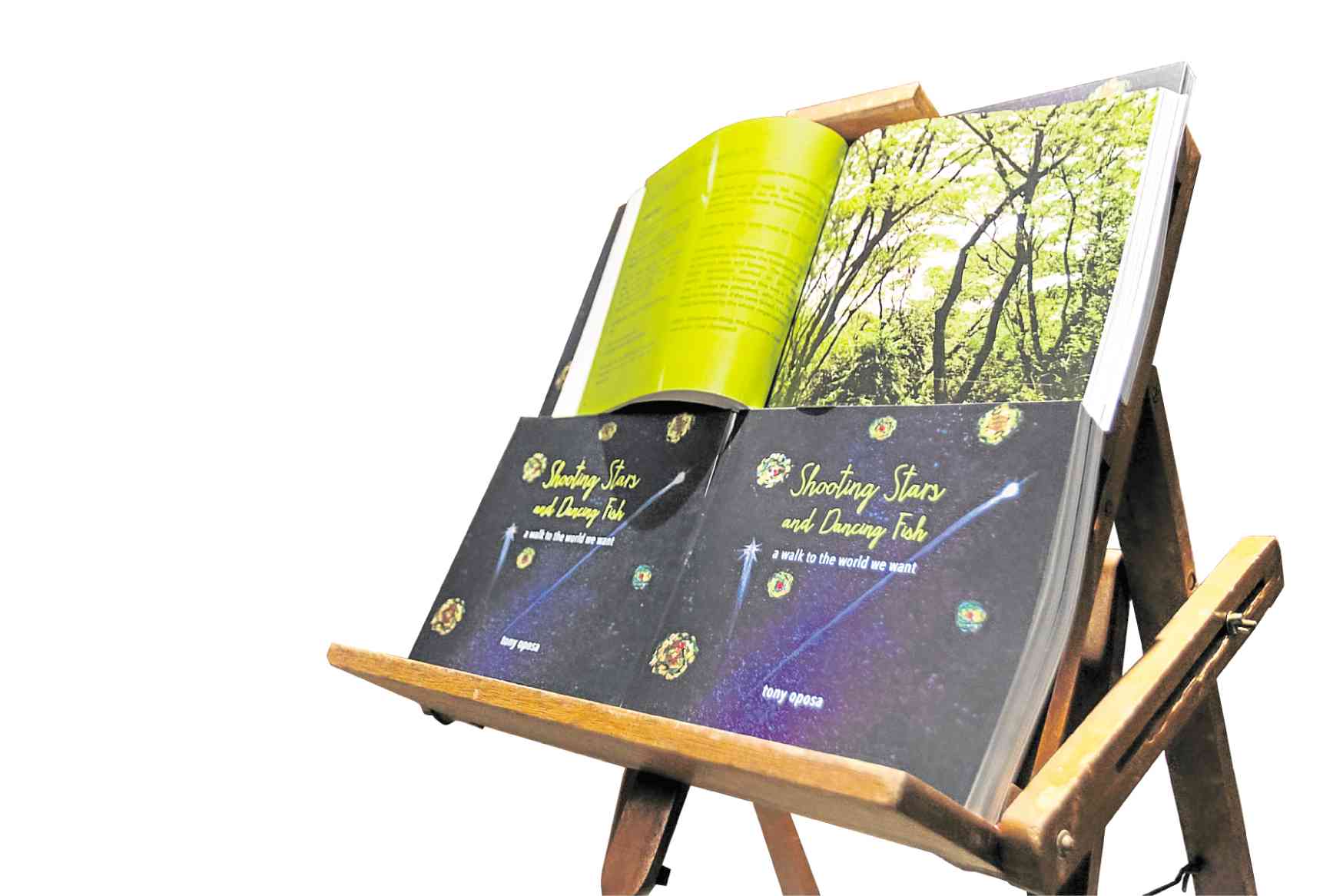 For a whimsically titled book, trailblazing legal luminary Antonio Oposa’s “Shooting Stars and Dancing Fish” is grounded on realistic action plans for ordinary people to save the world— based on his decades long experience as an environmental advocate.

“There are two things here that can change the world if we just do it,” Oposa said of his book in an interview on Thursday with the media, after the book’s launch at the Miriam College in Quezon city. “You just need a shift in thinking.”

These two things, the environmental lawyer said, were community gardening and road-sharing or prioritizing public transportation.

“One is edible landscaping and community gardening to restore human connection to the land, air, water. It will dissolve the problem of hunger, air pollution, flooding,” Oposa said.

“These days, if you have no money, you cannot eat. We’ve monetized food. We’ve forgotten that food comes from the land. We have so much land, but we’ve turned them into parking lots,” Oposa joked, referring to the infamous traffic congestion on Edsa.

“The enemy is the car. Everybody thinks the car is the solution [but] the car is the problem. A hundred cars occupied by a hundred people. It takes up so much space,” Oposa mulled.

“We can solve the public transportation problem in three months, six months … But nobody ever listens to us. Unless you sue them,” Oposa quipped.

Oposa is known for winning a Supreme Court case in 2008 compelling the Philippine government to clean up Manila Bay. He is also known for another Supreme Court case that introduced the idea of “intergenerational responsibility” in jurisprudence, in which petitioners were children asking for the preservation of forest areas.

But legalities aside, “The solutions [to environmental problems] are so simple. We just make it so hard for ourselves,” Oposa said.

“Shooting Stars and Dancing Fish” seeks to “shift the economic mindset from the present egocentric model of mindless extraction and consumption, to the ecocentric model of conservation, protection, and restoration (CPR).” Oposa, in his book, coined acronyms for this campaign: Administer “CPR” to reinvigorate LAW, as in land, air, waters.

The book reads not only as Oposa’s memoirs, filled with anecdotes and advice from his life, but also as a children’s storybook, with poems, paintings and catchwords Oposa created, to make the book palatable even to young readers.

The book gets its title from a night on the beach Oposa spent with friends, wherein they stargazed and watched flying fish in the waters.

But Oposa, for all his pioneering work in environmental law, advises: “Don’t treat me as a resource person. I am just a small person. Internalize the book and become the advocate. Not me.”

Proceeds of the book will go to Oposa’s SEA Camp (Sea and Earth Advocates of Culture, Arts and Music for the Planet) in Bantayan island, which was ravaged by supertyphoon “Yolanda” in 2013.