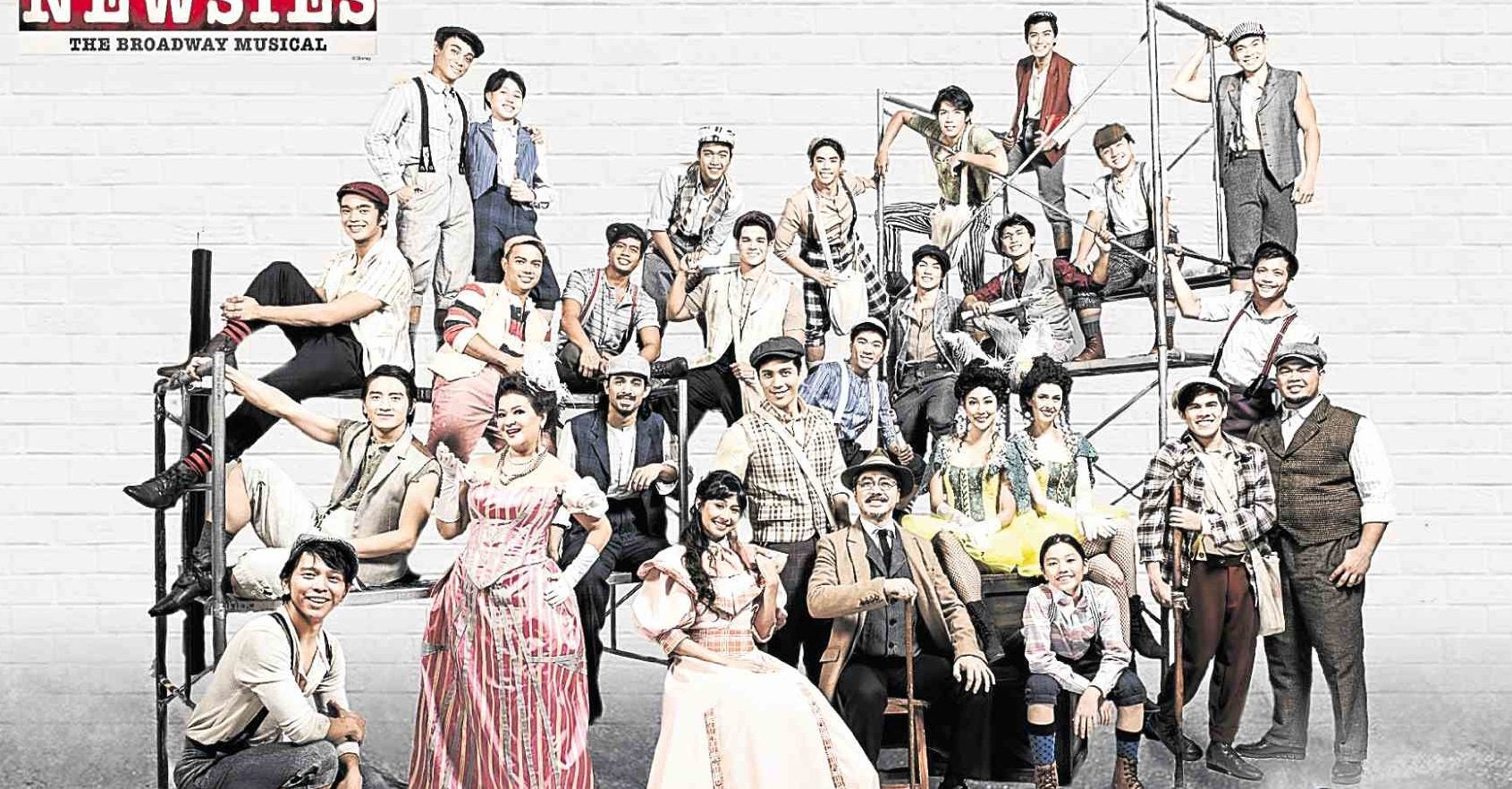 Globe Live and 9Works Theatrical have come bouncing back this year with a provocative Disney musical, “Newsies,” about a turn-of-the-century strike by marginalized newsboys against the powerful press mogul Joseph Pulitzer.

The show is heavy on choreography, as performed by a gaggle of young actors, singers, ballet dancers and gymnasts. But this is not expected to overwhelm the themes of child labor and exploitation.

“They dance to express the emotions of the characters,” director Robbie Guevara said.

“We have a cast of survivors, immigrants, underdogs,” choreographer PJ Rebullida added. “This is how we will present them.”

With the anti-immigrant Donald Trump in power in the United States, the musical acquires greater resonance. —CONTRIBUTED