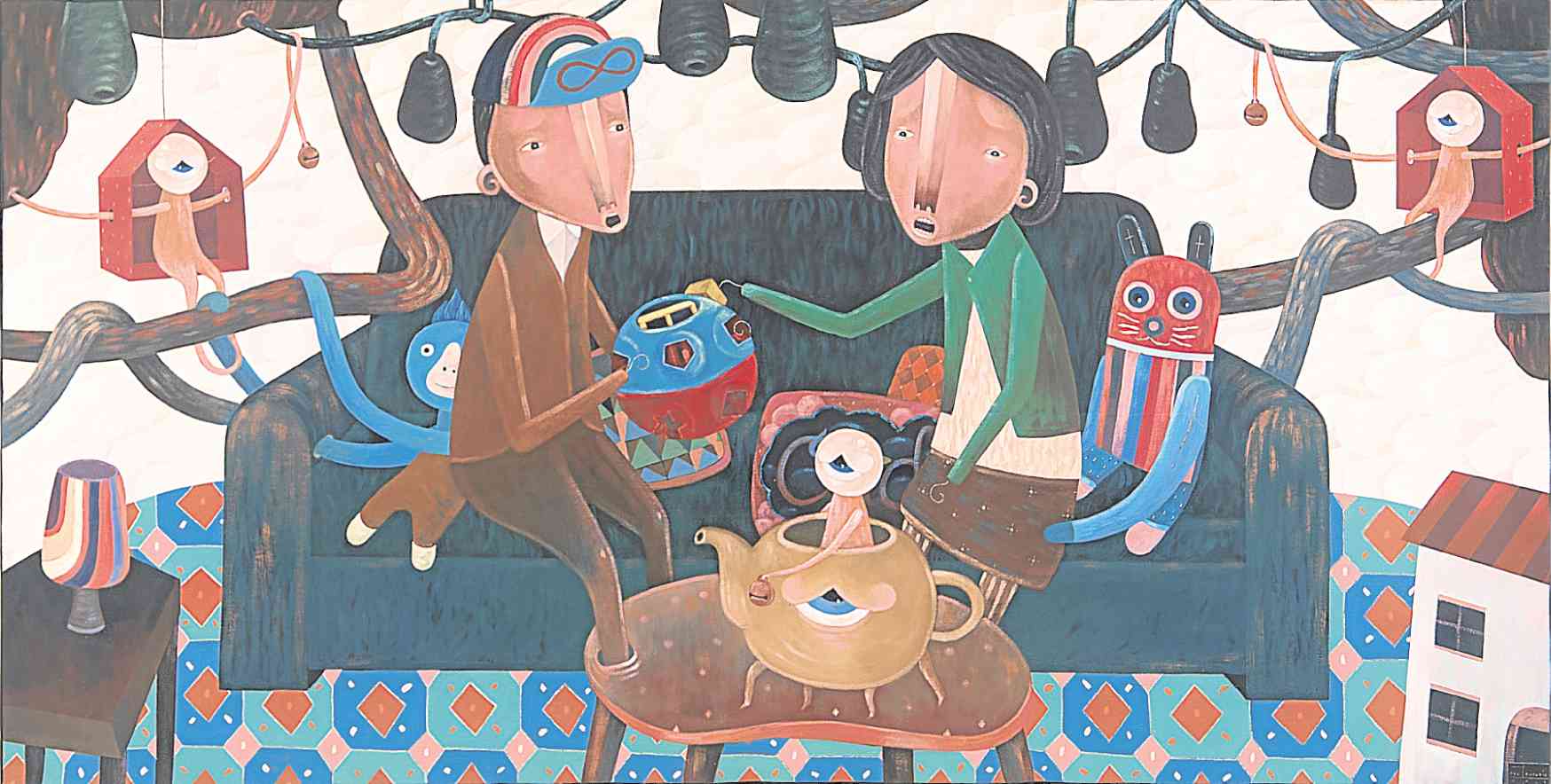 Fantasy and whimsy in the art of Farley del Rosario

Farley del Rosario’s latest solo exhibition, “Welcome to the Playpen,” consists of paintings and sculptures of his trademark cartoonish figures in effervescent colors, constituting what critics would call “materialized fantasy.”

Del Rosario uses large canvases, mixed-media sculptures, and shaped painting-sculpture hybrids as mediums for expression of self in the present, past, as well as imaginary.

His style comes from a desire to be unique yet sincere, characterized by an effervescent energy tempered by a keen eye for balance and color.

Having worked for over a decade, Del Rosario is noted for his naïf but powerful images.

His army of robot sculptures, called “Jargonauts,” all have various styles of mohawks and pompadours, a hair style Farley himself wore as a young punk rock guitarist.

His “Daydream” artworks are a combination of painting and sculpture creating the effect of a diorama. Despite never having ridden an amusement-park ride, he depicts bumper cars, carousels and gondolas combined with music boxes and kadang-kadang.

“Welcome to the Playpen” is an exhibit that playfully explores the space between seeing and believing, fantasy and reality. —CONTRIBUTED