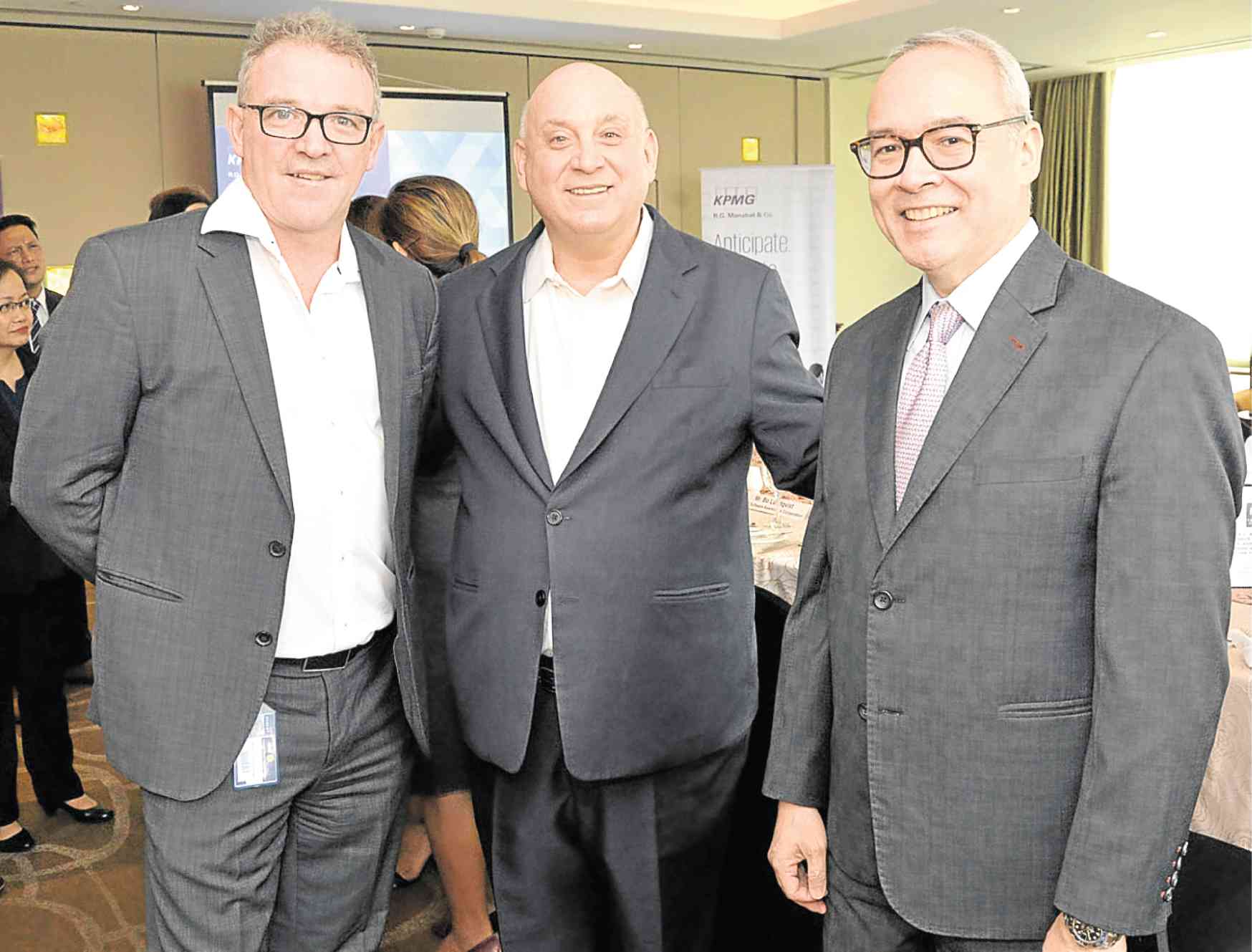 The Swedish ambassador acknowledged KPMG RGM & Co.’s efforts in bringing more Swedish power players to the country while discussing developments in the local and global economies, which impact the Philippine consumer markets sector.

Aptly named FOURtaste: A Four Hands Wine Dinner, it brought together the classic universe of chef Bertrand and the Asian-accented cuisine of chef William, two young chefs whose culinary philosophies are grounded in French cuisine but whose flavors and techniques remain distinct.

The main course of pigeon de vendée with roasted breast, confit leg cromesqui and stuffed braised cabbage was a collaborative effort between the two chefs.

The evening coincided with conferment of the red sash of Les Disciples d’Escoffier on both chefs, an honor bestowed on exemplary culinary talents who espouse the development of to-die-for French cuisine overseas.

The party giveaway was Don Moen’s “God with Us” CD. The celebrator wore Ermenegildo Zegna and his hair was done by Henri Calayag.

Song numbers were provided by Rannie and Lance, Vicki Eurton, Ernie and Frannie.

Lights and sound were by Reginald Tan, the fondant cake was by Bethany Dream Cakes, and photo-video services by Paul Tavera.

The food was an international buffet with five cholesterolific lechon and drinks flowed until way past midnight. It was truly an unforgettable grand bash with all night dancing.