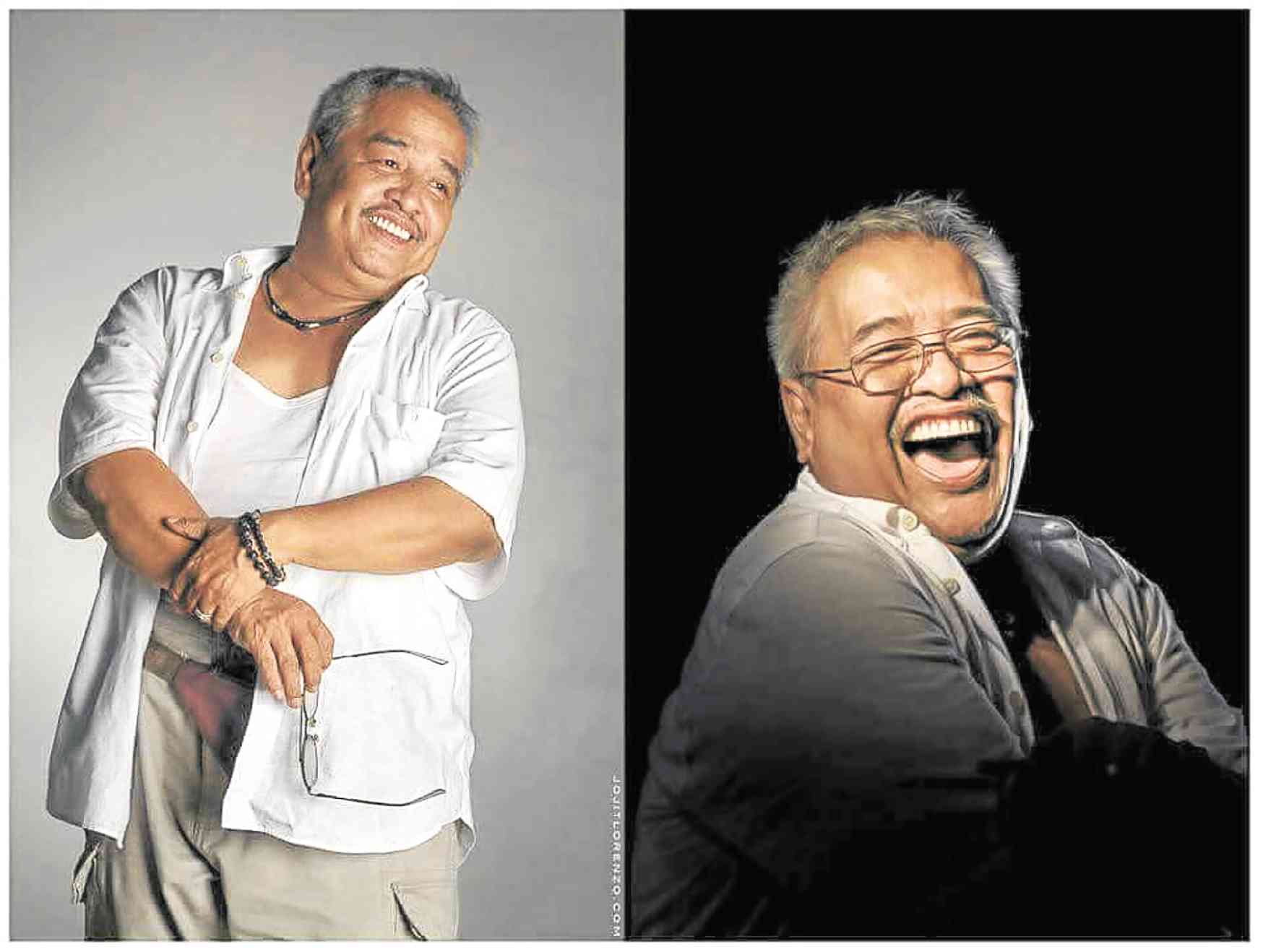 Mary Ann Topacio-Rogers was only 3-and-a-half years old when she lost her father, Roudel, due to a car accident.

“That was the time when we moved into the house of our uncle,” she recalled, referring to Socrates Topacio, or Soxie to many, who succumbed to lung cancer on Friday, July 21.

Roudel was his older brother and only sibling. “They were close because their age gap was only two years. Tito Soxie became our father and he was the best until the end,” she added.

Mary Ann has three older siblings, Aya, Zarah and the only boy, Randell. “Tito Soxie supported us all throughout. He put us all to school, even after college, when he gave my siblings the opportunity to work in the film and TV industry.”

Aya, Zarah and Randell work in various production outfits, while Mary Ann, married to a British national, is based in the United Kingdom with her family.

Soxie is credited for directing 40 plays for the Philippine Educational Theater Association (Peta), which is a recipient this year of the Ramon Magsaysay Awards, the only organization among this year’s six awardees from all over Asia. Soxie as actor, scriptwriter and director was also part of countless shows, sitcoms, soap operas and films.

“But he was very humble, very down to earth. He never bragged about his achievements… In our individual lives, kahit anong problema, takbo lang kami kay Tito Soxie and you knew he would be there. At bihira namin siyang makitang magalit. We never saw him explode into total anger. Life is short, he’d tell us. Napaka-positive. At diyan kami thankful kasi we absorbed his positive traits. Naging ganun din ang outlook namin sa buhay.”

Mary Ann’s words were echoed by Soxie’s former workmates and friends in theater. On the last day of his wake on July 24, Peta members, along with Peta founder Cecile Guidote-Alvarez, paid tribute to Soxie with anecdotes that filled the chapel with laughter more than tears.

Rivera, a cancer survivor, thought Soxie would conquer his illness. “Soxie would always visit me and give me encouragement when I was battling cancer. So when he was the one hospitalized, sabi ko sa kanya, ‘Ako Stage 4 at nabuhay pa. Siguro masamang damo talaga. Kaya mo din ‘yan.’”

Rivera and Soxie met at Peta in the ‘70s and they went as far as Mindanao to conduct workshops. At Mindanao State University, it was Soxie who directed Rivera’s one-act play, “Ang Piging.”

Lamangan and Topacio’s last performance together onstage was for Peta’s two-night 50th anniversary concert in April, where they appeared as hosts-narrators.

His self-denial would even endanger Peta and its members, Lamangan recalled. He still had a girlfriend named Lilia then, and this was during martial law when Peta was known for staging plays critical of the Marcos dictatorship. “It turned out she was a government agent, and in a story for Newsweek, she said that we were antigovernment. Soxie told me, ‘Ayan, kasi magpagpanggap ka! Hindi mo tinanggap ang totoo.’”

When he was given the chance to direct “Juan Tamban,” it was also Soxie who taught him how to be a team player. “Pinagalitan ako kasi tinanggal ko lahat ng koro. Aalis na sana ako sa Peta dahil dun, pero Soxie told me, ‘Makisama ka, hindi ka star dito.’ I listened to him at natuto ako nang pakikipag-ugnayan sa kapwa.”

Because Soxie was always a shoulder to cry on, Peta president Cecile B. Garrucho said his house on Roces Street was like a hideaway and sanctuary for lost souls from Peta.

Legarda, now the artistic director of Peta, remembered it was Soxie who pushed her to try harder when she acted for “Macli-ing Dulag” in the 1980s. Legarda joined Peta in 1978, fresh from high school.

“We did immersions even before they became part of our workshops. We interviewed prostitutes,” Legarda recalled. “He taught me not to be afraid and emotional. How to kill the ego.”

For Peta’s recent major hits “Caredivas” and “Rak of Aegis,” which Legarda both directed, Soxie was a big help.

“Soxie’s feedback was a major factor,” said Legarda. “‘Ayusin mo yan, ganito, ganiyan,’ he’d tell me even after critics’ night. I learned many things from him. He was naturally good, and he won’t give you a hard time, no headache.”

Among those who also gave tributes were Maryo J. de los Reyes, Phil Noble, Brenda Fajardo, She Maala, Anj Heruela and Manny Pambid, while Vince de Jesus, Bodjie Pascua, Noel Cabangon and Rody Vera performed. All Peta members, past and present, then sang the “Makabayan Suite,” which was Soxie’s favorite.

As a finale, a video was shown with Soxie reading an informal speech to the crew and cast members of “Noli at Fili Dekada Dos Mil,” the last play he directed for Peta. He said, “Many of you hindi na kilala ang founder (Alvarez) ng Peta. Pero noong baguhan pa lang ako, sabi niya, ‘You only live once. Ano ang kino-contribute mo sa bayang ito?’… May kanya kanya tayong papel sa mundong ito. Pero kung nag-decide kang maging actor o artist, your contribution to your country is to perfect your craft, to be the best artist.”

He was certainly the best example of that. —CONTRIBUTED