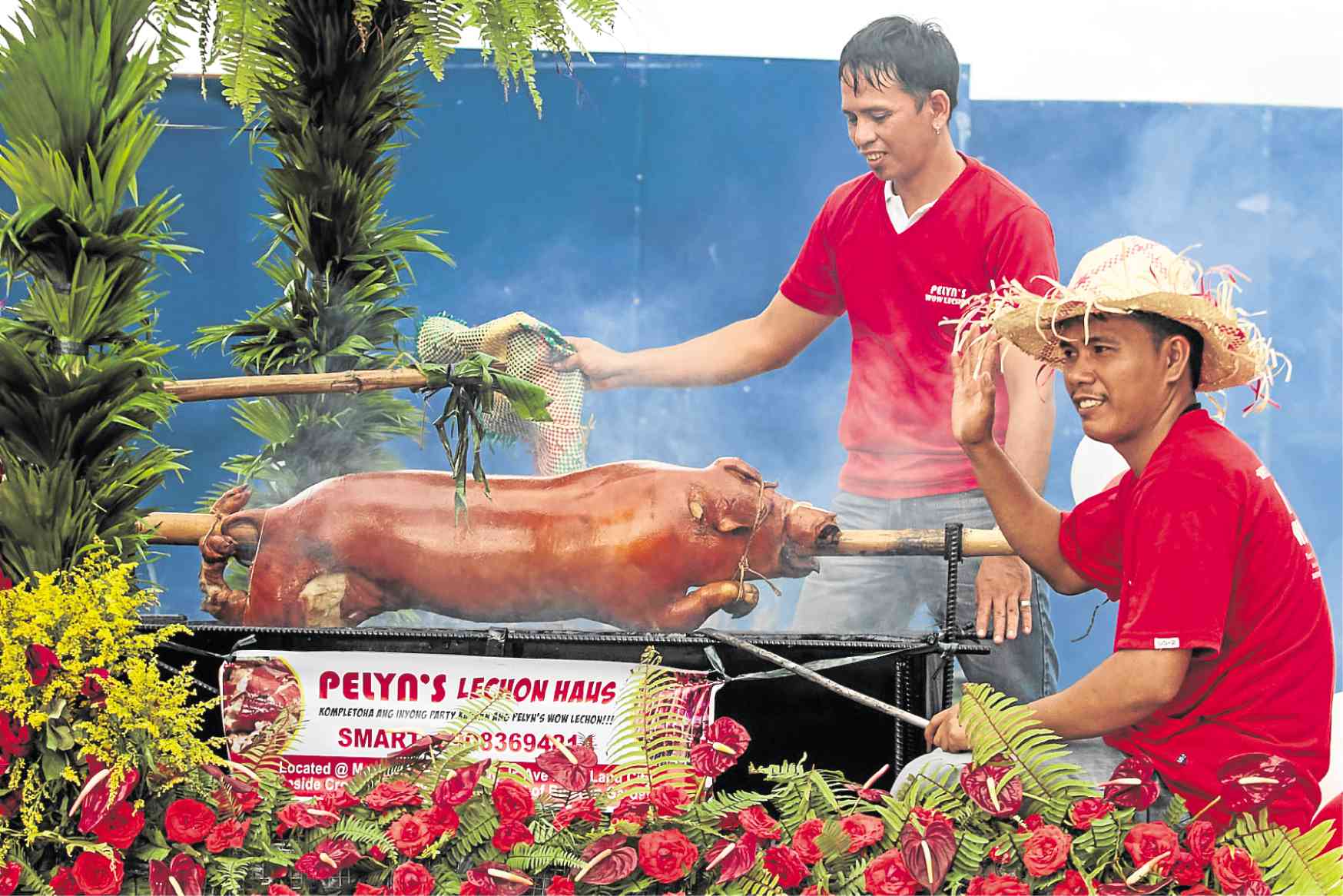 Tan digs into the belly, scours its spiced insides and takes a piece of the succulent meat. It’s heaven on earth for him.

“I always go for the stomach and ribs,” he said. “Those are the best parts of a lechon because all the flavors and aroma are there. Nobody goes for the stomach, that’s why I always get the juicy, meaty parts.”

That’s what he did, once again, when Tan recently led a Lechon Boodle Fight at Mactan Alfresco in Lapu-Lapu City, Cebu. The activity kicked off the three-weeklong Lechon Festival, which was held at the township prime property Mactan Newtown.

The glistening, golden brown Cebu lechon was presented on top of a long table lined with banana leaves. Rice was placed alongside other dishes such as pork sinigang, chicken and pork barbecue, steamed shrimps, chop suey and salted egg ensalada.

Tan and his guests, who ate with their bare hands, enjoyed the seasoned, tender meat infused with lemongrass and spring onions, and the crunchy roasted skin that was surprisingly devoid of oil. The suckling pig, prepared by Pelyn’s Lechon, was so full of flavor that there was no need for an accompanying liver sauce dip. 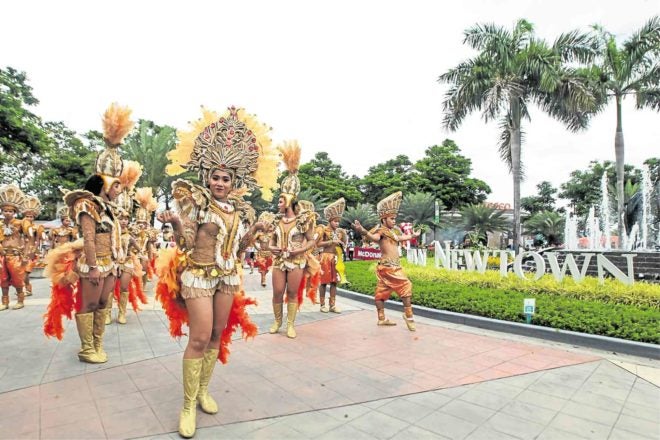 Megaworld, in partnership with the local government, organized the first-ever Lechon Festival in Lapu-Lapu City to celebrate the lechon, which has become a symbol and trademark of Cebu. The venue, Mactan Alfresco, a 500-seater dining hall inspired by Singaporean hawker centers inside the 30-hectare township, was teeming with tourists and locals who enjoyed the number of food stalls by Cebu’s finest lechon-makers. Pelyn’s, Ayer’s, Gatchalian’s and House of Lechon, among others, offered various flavors and tastes of the pork dish, from spicy to salty-sweet.

“We always believe in helping and giving the locals and small entrepreneurs a venue to showcase their products,” said Tan. “We also make sure to feature different kinds of lechon that are cooked, prepared and flavored differently from one another, so that when you come to Mactan Alfresco they don’t taste the same.”

The Lechon Festival was also a welcome occasion to help boost local tourism in Lapu-Lapu City.

“Lechon is the pride of Cebu City, Talisay and Mandaue,” said Mendoza. “It’s high time we also had one here in Lapu-Lapu City, because we also have a huge number of really good lechon makers.”

A highlight of the festival was a grand lechon parade around the vast Mactan Newtown property, participated in by local culinary schools and representatives from different barangays, local elementary schools, Cebu’s selected lechon makers, and even some business process outsourcing companies, including The Results Companies.

Amy Salamaña of Pelyn’s Lechon, one of the participants in the parade, presented the traditional lechon in bamboo skewer. The family-run business has been serving rave-worthy lechon for the past 14 years. Her father started the business, and Amy later on took over the home-based operation with her husband in Humay-Humay, Lapu-Lapu City.

Pelyn’s Lechon is subtly spiced and seasoned with lemongrass, salt and spring onions, among other secret ingredients.

“We cook the pig only as the order comes in,” said Salamaña, who stuffs and roasts the pig the old-fashioned way over a pit of smoldering charcoal in the family’s own backyard, to assure the lechon’s consistency and quality.

Salamaña added that Pelyn’s gets 80 to 90 orders of lechon every 10 days. The family raises its own pigs.

The Mactan Newtown is a 30-hectare township development that has its own beachfront. Located along the M.L. Quezon National Highway, it is home to award-winning residential condominium and office towers, shops, schools, hotels, mall and commercial hubs, as well as leisure and recreational facilities.