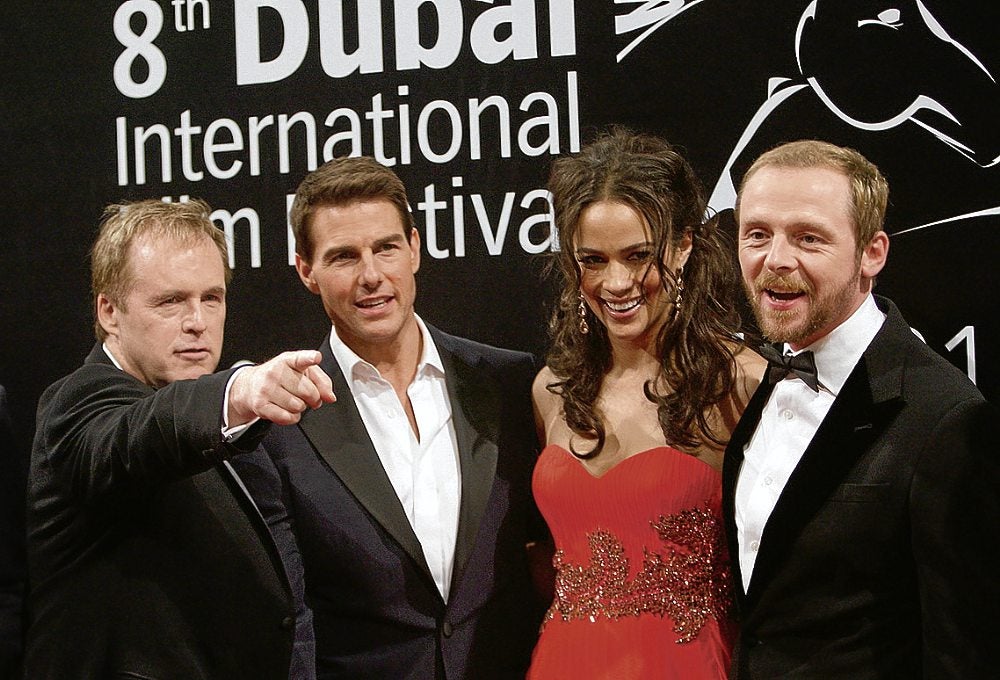 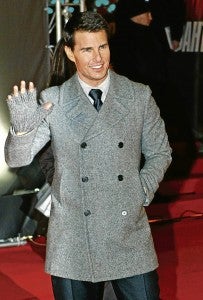 So why would a film producer like Tom Cruise pick an animation director like Brad Bird to helm the latest “Mission: Impossible” (MI) franchise, “Ghost Protocol”?

For one thing, most of the action movies these days are full of 3D and special effects that they are looking more and more like animation than live action.

Consider cars flipping over several times before crashing to miss the hero by a hairbreadth; the hero free-falling from a building and twisting around to shoot at the enemy above; overlong swordfight while the fencers are balancing on a slippery ship’s mast in a storm.

To direct live action integrated with 3D requires you to strictly follow the plan of execution as prescribed in the storyboard. A previsualization of the shots using simple 3D models and environment  are created to guide the live action shooting as well as the effects people.

The control you practice in this kind of production integrating separate and varied elements within a shot, keeping them within the previsualized compositions, is the same in animation production.

Except that in animation you can also control the acting of the characters.

No stranger to live-action

Bird is no stranger to live-action moviemaking, having co-written “Batteries Not Included” in the ’80s. Bird started in the Disney Studio.

After a distinguished career in 2D animation for TV, he directed  the critically acclaimed “Iron Giant,” one of the most touching animated features made outside of the Disney Studio at the time.

All of Bird’s three animation features were  successful. He received an Academy Award.

In Bird’s films you will find elements that suit “MI” (Mission Impossible), such as the Paris setting in “Ratatouille.” In “The Incredibles,” there’s the self-destruct Ipad; James Bondish elements like a supervillain with a private army; a volcano hideout; hi-tech gadgets; ’60s-influenced sets; a music score aping John Barry’s music for the early James Bond films. 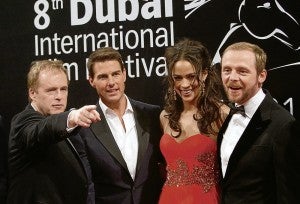 Bird has been praised by critics as an “American director with a comparably fluid visual style or such a vise grip on storytelling mechanics.”

Bird also possesses to a high degree what can be termed as “visual wit.” It is a quality you can find, especially in a Spielberg movie, as in “Raiders of the Lost Ark,” where a poisoned date, about to fall, in slow motion, straight into Indy Jones’ mouth, is snatched at the last moment by his friend who just saw the dead monkey among the spilled dates.

In “Minority Report,” Tom Cruise crashes through a window, lands with his ass in the air into a gym of women doing yoga contortions, their asses also up in the air.

Animators are skilled in visual wit. They are trained to deliver punch lines and visual gags at the precise moment to make a scene funny, heartfelt or just plain entertaining.

If Bird becomes more successful, it is hoped he would eventually direct a 2D feature again just to prove his own statement that it’s the story and the character and not the medium.

Besides Bird, the other well-known live-action director who started in animation is Tim Burton.

But Burton was not first. In the ’50s there was Frank Tashlin who used to direct the fast and zany Warner Brothers’ “Looney Tunes.” You can imagine what his live movies are like, rich in visual gags.

Former director of “Tarzan” Kevin Lima directed the Amy Adams-starrer “Enchanted.” Andrew Adamson, director of “Shrek” 1 and 2, went on to direct “The Chronicles of Narnia” 1 and 2.

As a fan of the original “MI” TV series, I will certainly not miss “Ghost Protocol,” if only to see the traditional “MI” opening montage with the lighted fuse, to the unforgettable music theme by Lalo Shiffrin in its modern reinterpretation. (I think the original still sounds better).

For those who are too young to know, the original “MI” was a spy thriller rather than an action story. Thrillers you enjoy because of the suspense, the surprise, the twist, and the reveal at the end. A thriller you enjoy with the mind, like chess.

The original “MI” was an elaborate con game played on the enemies to get a secret, a piece of information, or to sow disinformation so the enemy will end up killing each other.

Steven Soderberg’s  “Ocean” 11, 12, and 13 come closest to the spirit of the original “MI” series because the series was also all about a team of experts  assisted by hi-tech equipment, executing an intricate plan that relied on the trickery of a con game to get hold of something valuable.

Hey, “Ocean’s 13” even copied the earthquake-simulating machine from the original “MI” TV series.