Silence and shadow and smallness in a stunning ‘West Side Story’ | Lifestyle.INQ ❮ ❯ 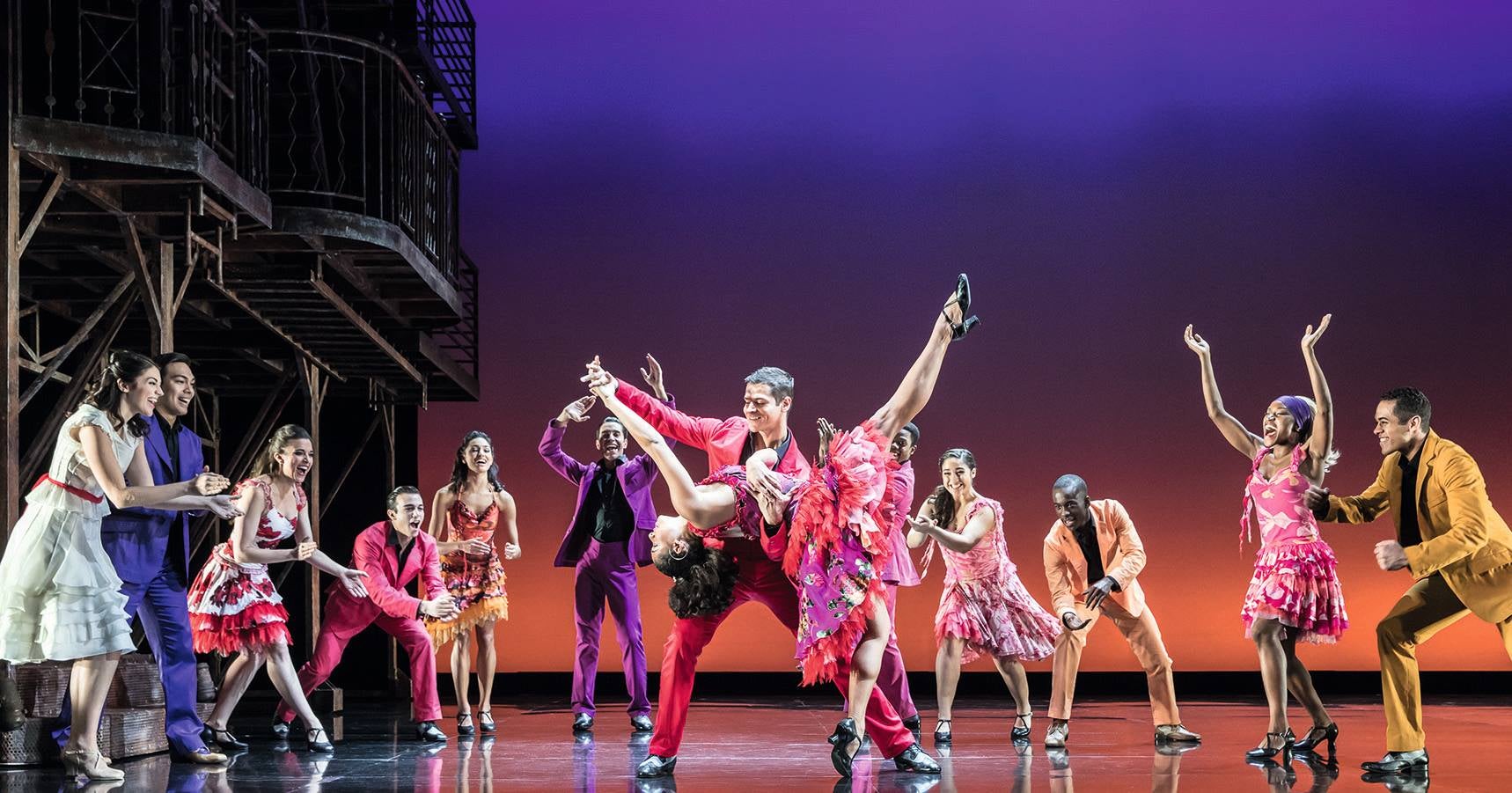 Silence and shadow and smallness in a stunning ‘West Side Story’

That is not a judgment on the overall quality of the musical theater productions of the past seven months. But take away the performances and the myriad of design elements, and what’s left are stories that could use some more pruning and polish, if not a major makeover—a sentiment that applies across the board, from “Care Divas” to “Sa Wakas,” “Kinky Boots” to “Newsies.”

It goes without saying that this (so far) less-than-outstanding year in musical theater is a product of the material companies choose, and not necessarily a reflection of how plays are written nowadays.

“West Side Story” at The Theatre at Solaire should be an opportune reminder of how they used to make ‘em. Granted, the musical is basically Shakespeare’s “Romeo and Juliet” transposed to the Manhattan ganglands of old. But here is a world crafted conscientiously, the ups and downs of the plot grounded on reason, a story that does not rely on lazy narration, illogical shortcuts or easy doses of fantasy to move it along.

That this staging of the Bernstein-Sondheim classic is terrifically mounted is all the more reason to pay this touring production a visit.

Watching this “West Side Story” actually sometimes feels like watching an art film (and no, we’re not talking about the 1961 adaptation that, in retrospect, deprived the “Somewhere” ballet sequence of its true magic and profundity, watering it down into a simple-minded duet).

In this production, nothing—not even the grandest dance numbers—comes across as existing solely for surface entertainment. There is a palpable invitation to look further and probe deeper into the line readings, the blocking and choreography, the set and lights and costumes.

What is most striking is the emphasis on silence and shadow and smallness—elements that, curiously enough, amplify the emotional aspects of the show.

Aided by the venue’s topnotch acoustics, the dialogue acquires a sense of brevity. The orchestrations, conducted by Donald Chan, are tight and disciplined, not one note prolonged needlessly.

The silences that follow the nonmusical scenes only amplify the young characters’ feeling of being adrift in an adult world they can hardly navigate. This smallness is further highlighted as they are framed against the hulking set of posts and balconies, metal rails and pull-down stairs.

And the lights—and the silhouettes they create—play a major role in pushing a raft of emotional buttons. You feel the apprehension of the characters as the spotlights turn into crimson circles, and understand the internal journeys these kids undertake just by looking at the backdrop subtly shifting across its sunset palette.

This “West Side Story” is not faultless. Its blunders are particularly jarring in some crucial scenes in the second act, which Jenna Burns (as Maria) mishandles, coming across as an overeager imitation of the naïve Lea Michele in the first season of “Glee.”

But what are a few misses compared to the visually stunning whole? Here, members of the rival gangs, the Jets and the Sharks, each feel organic without hamming it up. Here, Maria’s lover Tony takes the form of Kevin Hack, singing marvelously while imbuing the role with a precise mixture of youthful verve, romanticism and authority.

And, to put it mildly: The dancing—Joey McKneely’s superlative recreation of the original Jerome Robbins choreography, now brought to thrilling life by a cast of triple-threats—deserves every bit of the stage time it gets, if not more.

Considering the brief life of the modern musical, 1957—the year “West Side Story” had its first audiences—should feel like eons ago already. Yet, this production never feels stale or irrelevant; it moves with fiery urgency, each dip and spin and pirouette ensuring the final picture is awash in the kind of literary and artistic merits that timeless pieces of theater are made of. —CONTRIBUTED

“West Side Story” runs until Aug. 27 at The Theatre at Solaire. Visit ticketworld.com.ph.