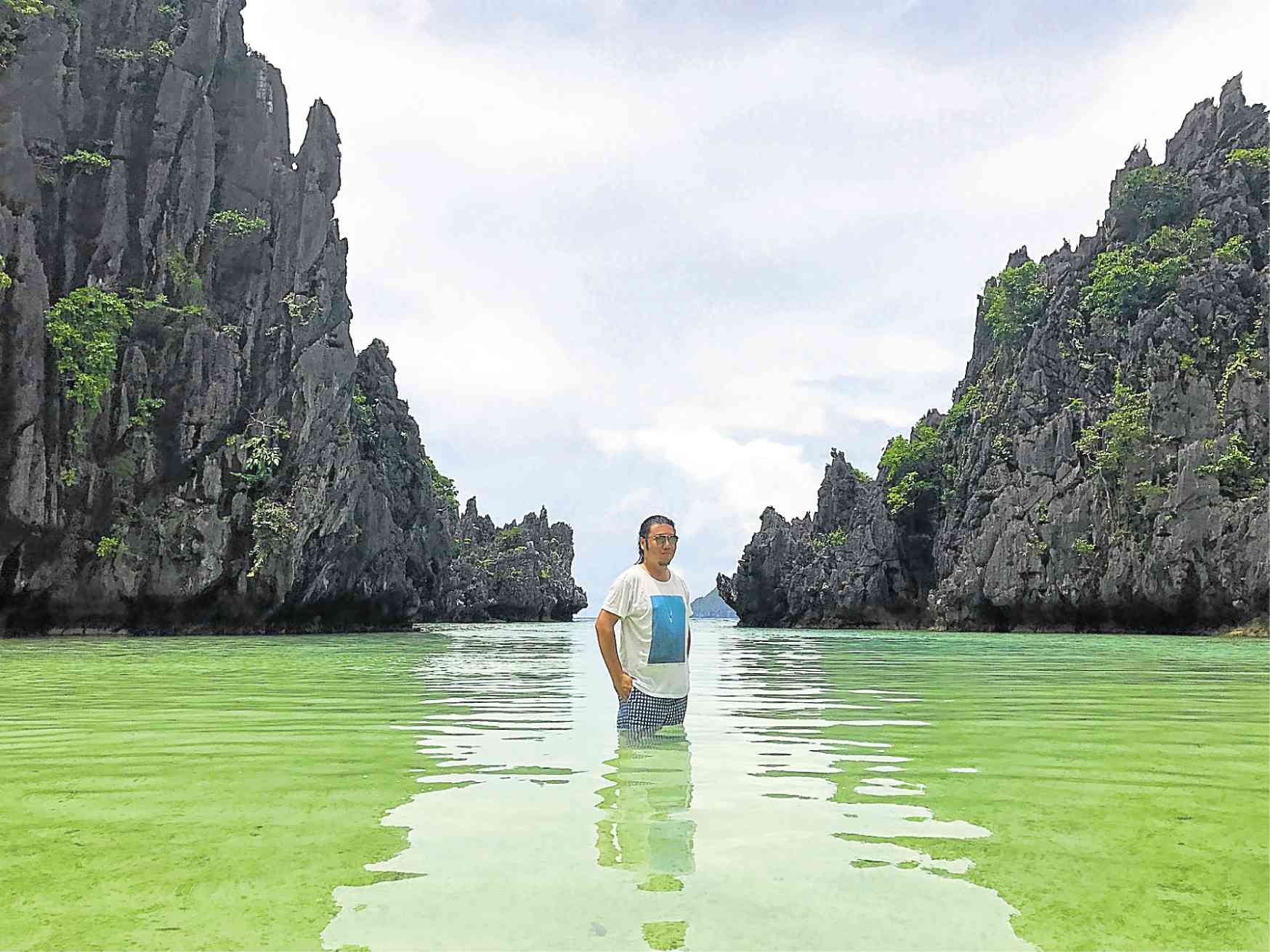 Kevin Kwan’s outrageously wealthy protagonists have equally outrageous problems. But when facing challenges, some of them escape to Paris, Malaysia, or sometimes, to a hidden lagoon in Palawan.

A tanned Kwan, fresh from his trip to El Nido, said that communing with nature is a recurring theme in the “Crazy Rich Asians” trilogy.

In a one-on-one interview with Lifestyle Aug. 18 at Fully Booked at Bonifacio High Street, Kwan noted that when his characters are in their darkest moments, they go for a walk in the forest, or get in touch with nature.

In 2015, during his second visit to the Philippines, the best-selling author went to Palawan and was completely mesmerized.

“Seeing these islands, going to the secret beach, I was like, I found it! I found the place where one of the characters has an awakening, because nature reconnects us to our higher purpose,” Kwan said.

Two years later, “Rich People Problems” was published. Spoiler alert: fan-favorite Astrid Leong finds herself in a series of scandals, which prompts her to hide in the “remote, untouched, beautiful” part of the Philippines.

“I’ve never seen a place like this anywhere in the world. It felt otherworldly. It felt like science fiction—you see it in ‘Star Wars’ in a galaxy far, far away. Those rocks are mystical and beautiful. It took my breath away,” Kwan said.
Jaded

Another spoiler: Astrid gets attached to Palawan.

“I think a lot of people who lead privileged lives and enjoyed so much of the world’s best, whether it’s travel or hotel or food, become jaded very easily. They’re not satisfied. I know some people who travel around the world and stay in the best hotels, but there’s emptiness because they’re always looking for something to criticize,” Kwan said.

A pet arowana gets an eye lift because his eyes are beginning to look droopy. Some 500 gallons of Adelboden mineral water are flown in overnight because the house guests only drink this kind, from the springs of the Bernese Oberland in Switzerland.

Believe it or not, these are real-life dilemmas faced by affluent Asian families, the “Rich People Problems” author said.

Kwan is touring Metro Manila to promote “Rich People Problems” (Doubleday, New York, 398 pages), the final book of the ridiculously funny “Crazy Rich Asians” trilogy that gives us a glimpse of the glamor—and the disadvantages—of having too much money.

Grandmother Shang Su Yi is on her deathbed after suffering a heart attack, and her favorite grandson Nick Young flies to Singapore to make amends with the woman who raised him.

But he’s not the only one. Members of the extended Shang-Young-T’sien clan fly to Singapore in hopes of inheriting the matriarch’s sprawling estate, Tyersall Park.

“Rich People Problems” digs deep and unravels secrets of this old money Asian family. The fashion is more ostentatious than ever, with a Giambattista Valli wedding dress inspired by Gustav Klimt’s portrait of Adele Bloch-Bauer.

Kwan also teased the media about the “jaw-dropping” movie adaptation of “Crazy Rich Asians,” the first book of the trilogy about Singapore’s elite.

“Crazy Rich Asians,” the first Hollywood film with an all-Asian cast in 26 years, tells the story of American-born Rachel Chu and her boyfriend Nick Young. Rachel agrees to go on vacation in Nick’s home country Singapore, but he omits tiny details about his family—like his being the heir to one of the greatest fortunes in Asia.
Back-stabbing

Suddenly, Rachel is caught in a whirlwind of problems, which includes back-stabbing, couture-wearing, jet-setting men and women.

Filipino-American actor Nico Santos, known for his role in the TV series “Superstore,” plays catty cousin Oliver T’sien. Kwan did not comment on Kris Aquino’s role in the movie, however. “It’s a state secret,” he said in jest.

American filmmaker Jon M. Chu is the director of the much-anticipated film that will hit the big screen next year, something Kwan did not expect when they started talks for the movie.

“I thought he was way too much of a hotshot. I thought he was only making $300-million mega movies,” Kwan said of the director of “Justin Bieber: Never Say Never,” the “Step Up” franchise and “G.I. Joe: Retaliation.”

He noted that they were looking for a “well-respected director,” not exactly Asian; they even considered English filmmakers who had the sensibility to portray satire, like in “Four Weddings and a Funeral” and “Bridget Jones’ Diary.”

“Crazy Rich Asians” turned out to be a personal project for the director, because he was able to get in touch with his Asian roots.

Kwan, also an executive producer on the film, noted the attention for detail in making the movie, from the jewelry for fashionista Astrid Leong to the set of the lavish wedding of Singaporean heir Colin Khoo and supermodel Araminta Lee.

“It’s mind-blowing just to see characters and stories that you invented in your head come to life,” the Singaporean-born author said.

Kwan is in Manila for the third time for the book tour of “Rich People Problems,” the final book of the “Crazy Rich Asians” trilogy. Catch him today, Aug. 20, at Mega Fashion Hall, SM Megamall; Aug. 21 at S Maison, Conrad Manila; and Aug. 22 at UP Town Center.