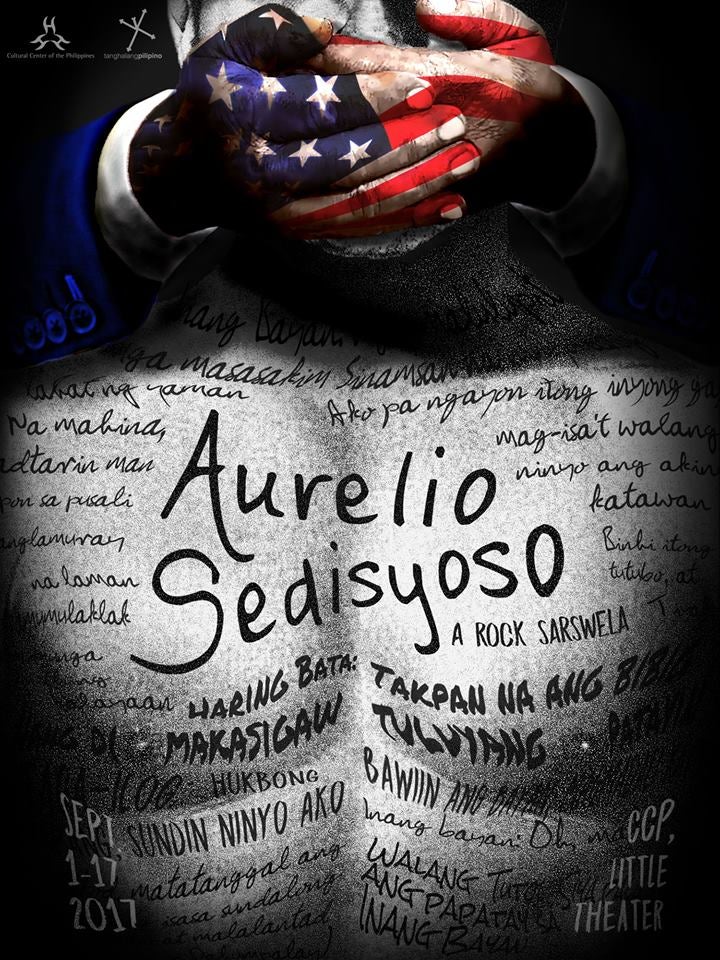 From the acclaimed team of ‘Mabining Mandirigma,’ a new rock musical

This time, they tackle the life of playwright Aurelio Tolentino in “Aurelio Sedisyoso,” which collides the world of rock music with a theater genre popular in the late 1800s and early 1900s: the sarsuwela.

If the name sounds familiar to theatergoers, it’s because one of the Cultural Center of the Philippines’ theaters is named after him.

In 1901, after Spain had sold the Philippines to the US, the American colonial government passed the Sedition Act, prohibiting any form of advocacy for independence.

Filipino playwrights defiantly broke the law with their “drama simbolico” (symbolic/allegorical drama), now known as the seditious plays. Many of them were imprisoned, including Tolentino.

In “Aurelio Sedisyoso,” librettist Nicanor Tiongson continues his quest to mine the lessons of history for the Filipino present.

“My interest in history is not antiquarian. I’m interested in the past because it’s a good way to understand why the Filipino is the way he is today and to learn from past mistakes. I am in history because of the present,” he says.

“Rock music’s riffs and distortions will be incorporated,” he says. “The setup will be very ’90s, with an electric guitar, electric bass and drums. Sarsuwela-type music will still be there, but transformed into rock.”

Francis de Veyra of Radioactive Sago Project is on board to do musical arrangements.

“We want to surprise and maybe shock the audience. The feel will be rock but deeply rooted in sarsuwela.”

As for his costume designs, “Contemporary elements and materials will be used. The look will sometimes be familiar turn-of-the-20th-century, but the focus is more on the attitude of rock.”

The project has also attracted TV and film actor Baron Geisler, who waited in line along with everyone else to audition.

Now set to make his theater debut as antagonist Tikbalang, he says, “Ibang klase yung mga castmates ko. There are times at rehearsals when I feel overwhelmed with their overflowing talent. I’m so thankful for my co-actors’ and director’s support and encouragement.”