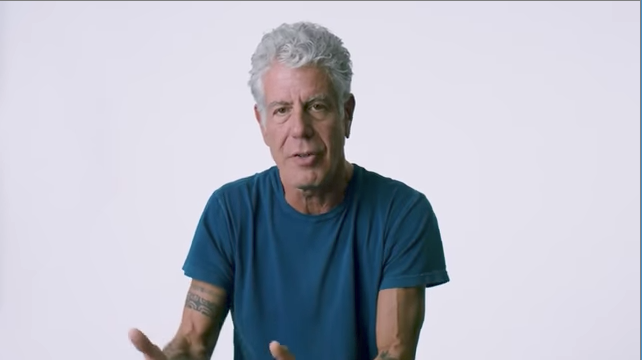 A fresh trailer has been unleashed for “Wasted! The Story of Food Waste”, a documentary which addresses the global food waste problem and stars a raft of modern culinary icons who are peddling positive change.

Led by top American chef Anthony Bourdain, the trailer shows a glimpse of how chefs view the issue of food waste and what can be done to combat the alarming yet solvable issue, which sees up to 40 percent of food in the United States ends up in a landfill, and approximately 1.3 billion tons of food, worth $218 billion, thrown out annually, according to the documentary.

Helmed by co-directors Anna Chai and Nari Kye, and also featuring cameos from chefs such as Dan Barber, Mario Batali, Danny Bowien and Massimo Bottura, the creation of the eco-minded movie was supported by The Rockefeller Foundation, which last year made a $130 million commitment to cut food waste in half by 2030.

Neon’s Super LTD will release “Wasted!” in select theaters and on VOD on October 13. JB