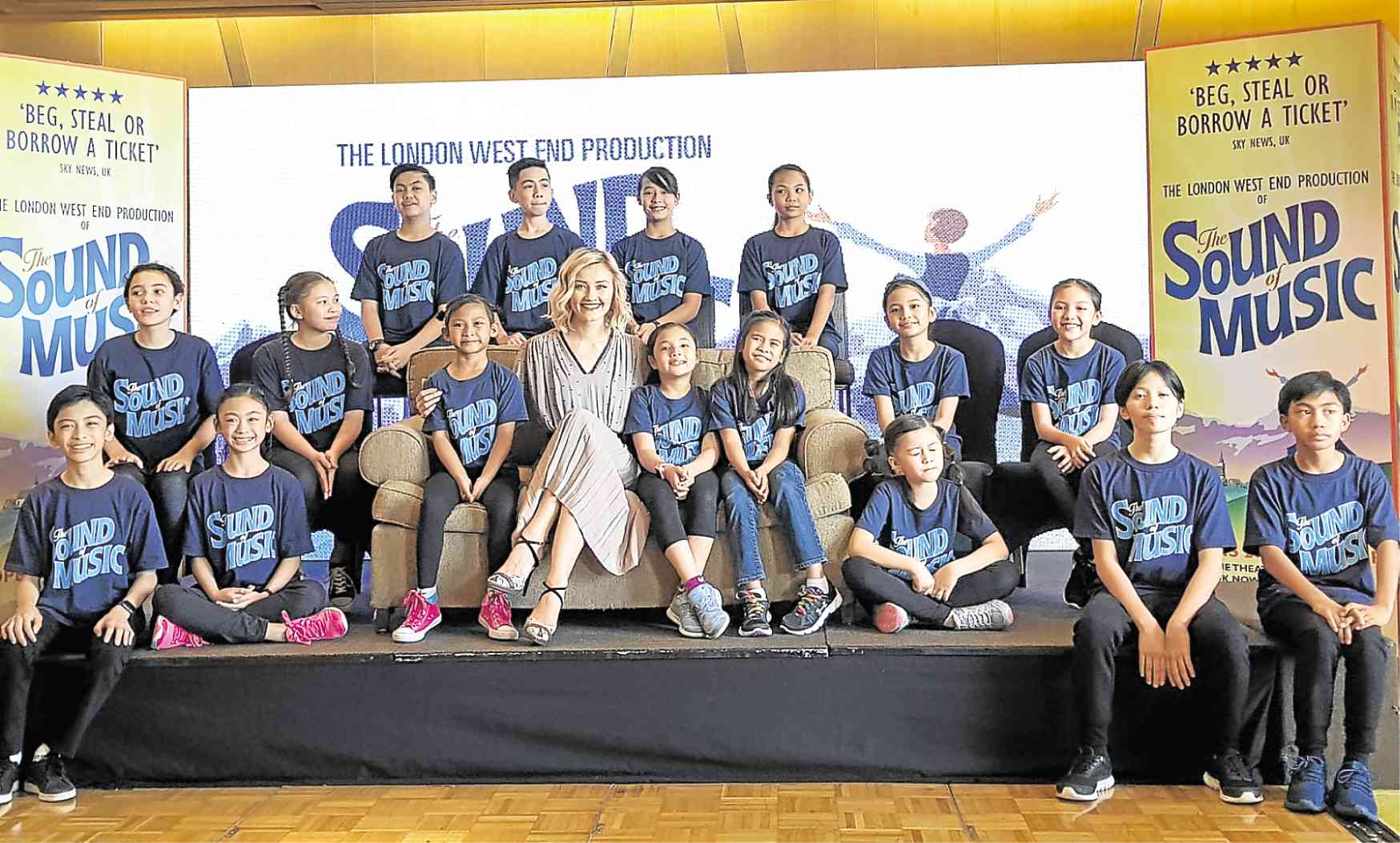 Inside Whitespace in Makati, over 400 children across the Philippines—some as young as 6 years—waited for their turn recently to be called in front to sing a portion of “Somewhere Over the Rainbow.”

It was Day One for the young dreamers as they tried to land a role as one of the six Von Trapp children in the forthcoming international production of “The Sound of Music. ”

They sang as a group and then as individuals, hoping to get the approval of director Jonny Bowles, who had just flown in from London to oversee the grueling but fun auditions. Joining him were Lunchbox Productions’ Rachael Abbott and Concertus Manila’s Ana Yulo.

Those seated behaved as children would: Some were talking to their seatmates, perhaps excited to be making new friends. There were the quiet ones, and there were those who would watch intently as their peers sang in front.

After the singing, it was time to test how quickly they could learn choreography. With Bowles providing direction, the children formed groups once more, fumbling as they went through the routine of “Do-Re-Mi.”

For the next two days, it only got more intensive with the more difficult singing and a few acting scenes included.
Bowles had only a few months to study tapes to make his decision as to which children would get to play Friedrich, Louisa, Kurt, Gretl, Marta and Brigitta.
Show opens at The Theatre at Solaire on Sept. 27.

“You need to have children who can learn the show quickly because the choreography is more complex, and there are the harmonies they have to learn,” said Bowles.

But casting the young Von Trapp kids was apparently a lot more difficult as there were other considerations.

“We have to be careful to get it right because obviously they’re going to grow by that time [September],” Bowles said. “We always try to get what we call the ‘ski slope’ of the kids, looking at their heights, who looks right next to each other, because the kids grow at different rates. And hopefully the voices wouldn’t have broken, that’s also the worry.”

Bowles taught years ago the original “Billy Elliott” in London. He remembered that when it was time for the actor to do the show, his voice broke and he was unable to do it anymore.

Bowles, nevertheless, expressed delight at the number of children who auditioned.

“The children are paramount to the production and I can’t wait to start teaching them all the show,” Bowles said. “It is the opportunity of a lifetime for these talented youngsters to star in a West End production of this caliber, and Filipino audiences will be astounded at the quality of their performances.”

Abbott explained that working in an adult environment, learning about the theater world and how everything works, would make the kids more disciplined.

Over lunch at Diamond Hotel in Manila, Lunchbox Productions, Concertus Manila, David Atkins Enterprise and Globe LIVE finally introduced to the media the actress who would be playing Maria as well as the 18 young actors and actresses who would be alternating as the six Von Trapp kids.

Carmen Pretorius, one of South Africa’s most established young performers, made her professional theatrical debut in 2008 when she played Gabriella Montez in “High School Musical Live Onstage.” The role earned her two theater-award nominations and she went on to perform on the international tours in Taipei and Jakarta.

Pretorius toured with “The Sound of Music” (playing Liesl Von Trapp) in South Africa, Singapore, New Zealand and China (including Beijing and Shanghai.)

This garnered her a nomination for Best Actress in a Musical at the Fleur du Cap Theater Awards.

She moved over to the role of Maria Von Trapp, which she played in Hong Kong, China and Jakarta.

Asked what made “Sound of Music” endearing to a global audience, Pretorius said the well-loved Rodgers-and-Hammerstein musical was so beautifully written it never failed to draw people in.

“The story is incredibly structured; the themes are universal that everyone can relate to it,” Pretorius said. “It’s love, struggle, war, music, growth, passion, family, nature and children. I get excited just thinking about it.”

“I honestly am honored to be in a position of performing with these kids, with such love and adoration, it takes my breath away every time,” Pretorius said. “I love that they are very affectionate.”

“The Sound of Music” tells the uplifting true story of Maria, the fun-loving governess who changes the lives of the widowed Captain Von Trapp and his seven children by reintroducing them to music, culminating in the family’s escape across the Austrian mountains as tensions rise before the outbreak of World War II. —CONTRIBUTED

The Manila season of “The Sound of Music” will run Sept. 27-Oct. 15. Visit facebook.com/ConcertusManila.