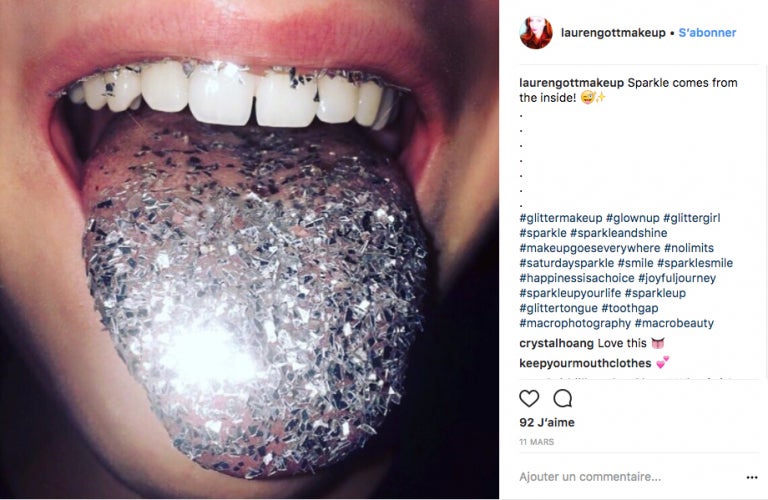 Rules are there to be broken, or so they say, and the philosophy definitely applies to the beauty industry, which is constantly reinventing itself in search of the next big trend. But sometimes, this experimentation can lead to strange results. We take a look at three of the most unexpected beauty trends of the summer.

All that glitters
As festival beauty looks become more daring, it seemed natural that glittery makeup would work its way into the mainstream. But an unexpected twist came earlier this month, when Allure reported that “glitter tongue” was the latest sparkly craze taking off on Instagram. The trend has met resistance, for the simple reason that swallowing glitter is probably not the best health move, so if you do decide to recreate this glitzy look at home then opt for a non-toxic (or better still, an edible) version and sparkle away.

Intimate highlighter
Scandinavian beauty brand The Perfect V caused a stir back in July when it launched its debut line of intimate products, featuring a certain Very V Luminizer. Promising “luminous iridescent color to add some extra prettiness to the V,” the product, claims to improve the condition of the bikini line, resulting in skin that looks “more youthful and fresh.” The online reaction to the news was mixed, with several media outlets pointing out that women already face enough pressure to look good without adding intimate highlighters into the equation, but time will tell whether or not the need for a shimmering bikini line becomes a bona fide trend.

Matchy manicures
Less controversial but just as random is the trend for matching manicures to… well, just about anything. The concept went viral on Twitter this summer after being sparked by a post earlier in the year by @alinamarie____, which featured her new pink nails perfectly color matching a slice of ham. Social media users took up the idea, and both Twitter and Instagram were soon awash with photos of people matching their nails to everything from Pepsi bottles to subway seats. Some pet owners even started giving their cats matching manis, via special animal-friendly nail caps, but that’s a whole other story. JB

Is the pixie cut the hottest hairstyle of 2017 so far?