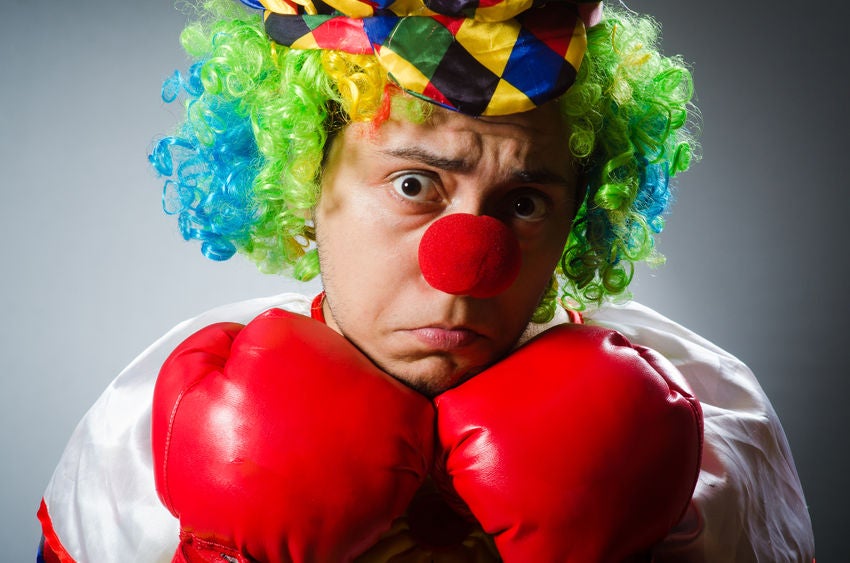 Pennywise, the evil clown from Stephen King’s novel and new movie adaptation “It” may be good for horror entertainment, but apparently is bad for the legitimate clown business.

Earlier in the year, around the time when details of the movie came out, King tweeted that real working clowns are less than pleased with him.

The World Clown Association president, Pam Moody, said shows previously booked for schools and libraries were called off because of the children’s perceived dislike of clowns, according to The Hollywood Reporter.

“People had school shows and library shows that were canceled,” said Moody. “That’s very unfortunate. The very public we’re trying to deliver positive and important messages to aren’t getting them.”

There is even a coined term for the fear of clowns called “coulrophobia.” On the other hand, this so-called phobia is not included in the World Health Organization’s and American Psychiatric Association’s list of disorders.

Moody also pointed out the string of scary clown sightings, which went viral on the internet for a time, as more bad press for these legitimate performers.

For now, legitimate clowns have no choice but ride out the current fad of scary clowns. By the time the trend dies down, they might just regain some lost business with heads held high and genuine smiles back on their faces. Alfred Bayle/JB