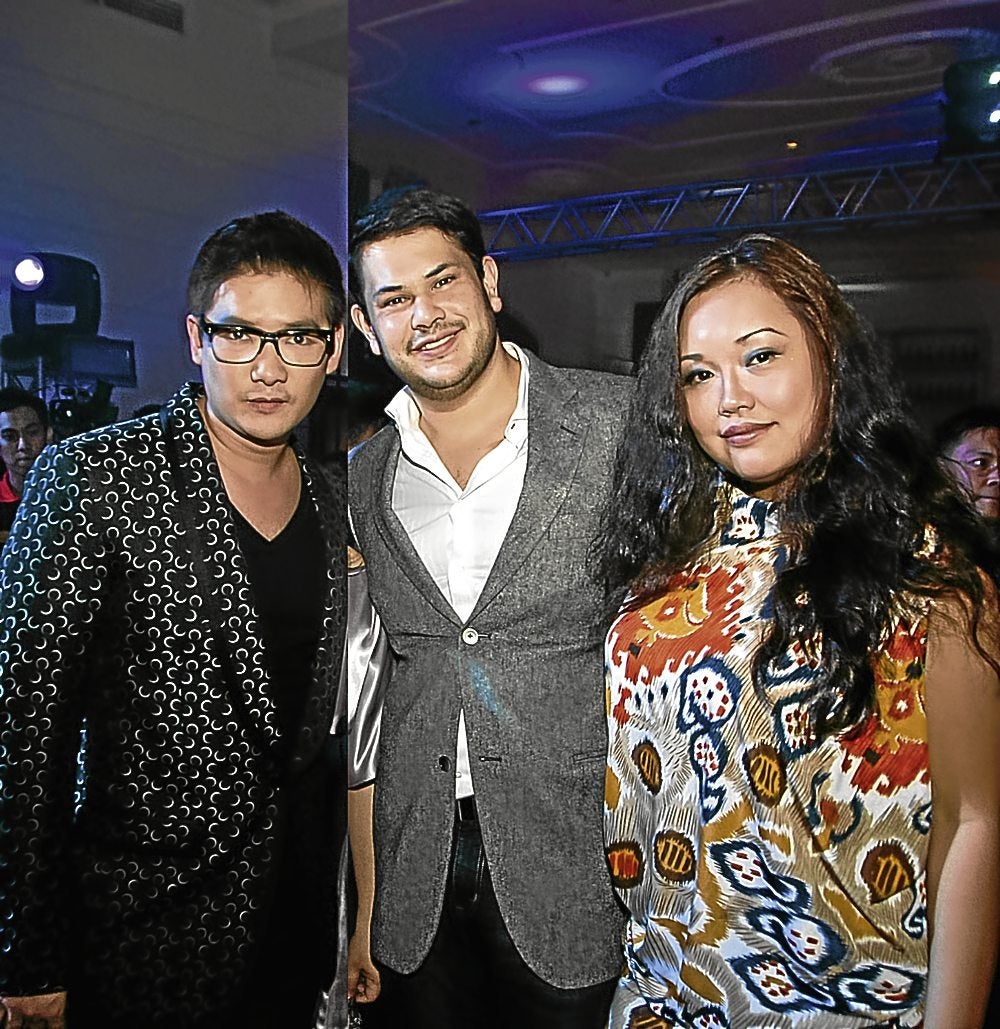 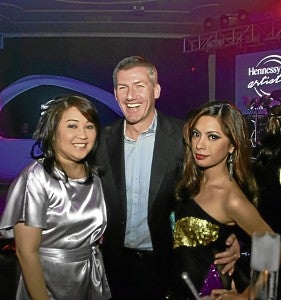 Put a man behind the deck, plus three gorgeous model-DJs, then blend with two soulful sirens, and then stir in two international turntable superstars, then what would you have?

For the second year, Hennessy organized a grand event for its leading brandy brand, Hennessy VSOP.

The by-invitation-only event had beautiful people breezing in dressed to the nines, making eyes pop out of their sockets. Everybody was excited about the kind of night that only Hennessy could deliver, dahlings, and believe me, Hennessy delivered!

Hennessy “mixologist,” the très charmant Julienne Defrance, jetted into to town, especially to serve his signature Hennessy creations, no less.

On stage were the model-DJ trio Zombettes, consisting of gorgeous gals Sanya Smith, Ornussa Cadness and Mia Ayesa, spinning an eclectic mix of edgy tunes for the enthusiastic crowd, getting everyone pumped up for the long, long, long night of partying, palanggas.

That was just the aperitif. Later we all dashed to Opus. When the doors opened, everywhere you looked were gorgeous people dancing to the sexy beat, with Hennessy cocktail in hand. Moet Hennessy Asia-Pacific-Philippines’ Richard Jamandre Alarcon was beaming with pride over the overwhelming success of the event, dahlings.

Olga Azarcon, the queen herself of Hennessy and Moet Chandon champagne, was also happy about the success of the event.

Ingénue Bea Tantoco sang with Chico Cristobal on the guitar.

Everyone partied and danced, while Hennessy kept pouring till the break of dawn. Now that’s partying on the fast lane. ’Di bala, palanggas?

Louis Vuitton CEO and chair Yves Carcelle jetted in for a very private meeting with LV Philippines officials and friends at Greenbelt 4.

“We have redefined the meaning of luxury retail,” said Carcelle, who has been the main man of Louis Vuitton for over 20 years now.

Carcelle said his last visit to Manila was in 2003 for the opening of the first Greenbelt store. “I am very pleased to see the newly expanded store and to thank the people who have contributed to the brand’s success in the Philippines,” he added.

A fun impromptu yoyo performance by one of LV’s retail staff, Ernest Kahn, had everyone applauding while nibbling on the yummy sumptuous canapés by Sala paired with Dom Perignon champagne, naturellement. It was really an afternoon of luxury and celebration, dahlings.

Louis Vuitton is on the ground floor of Greenbelt 4. Call 8899415; e-mail [email protected]

A press conference was given by Confradia de la Inmaculate Conception led by glamorous philanthropist Imelda Ongsiako Cojuangco at the Conservatory of Peninsula Hotel Manila.

Cojuangco was the head of the comite de festejos of the yearly Marian procession in Intramuros in connection with the feast of the Immaculate Conception.

Mounted by the Confradia de la Inmaculada Concepcion and the Intramuros Administration (IA) every first Sunday of December, the event is a revival of the tradition which originated in Intramuros on Dec. 8, 1619, dahlings.  Then a national celebration which ran for 15 days, the event was launched at the Manila Cathedral. 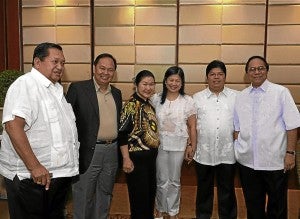 IA and the Confradia have been organizing this annual festivity since 1980, with the Armed Force of the Philippines (AFP) replicating the full-force military participation during the processions of old.

IA administrator José A. Capistrano Jr., said “this event has drawn more and more visitors each year because of the unique combination of spirituality and pageantry, solemnity and festivity.”

Imelda O. Cojuangco is helped in organizing the parade by Conrado A. Escudero, Danilo L. Dolor and Aurora E. Eizmendi.