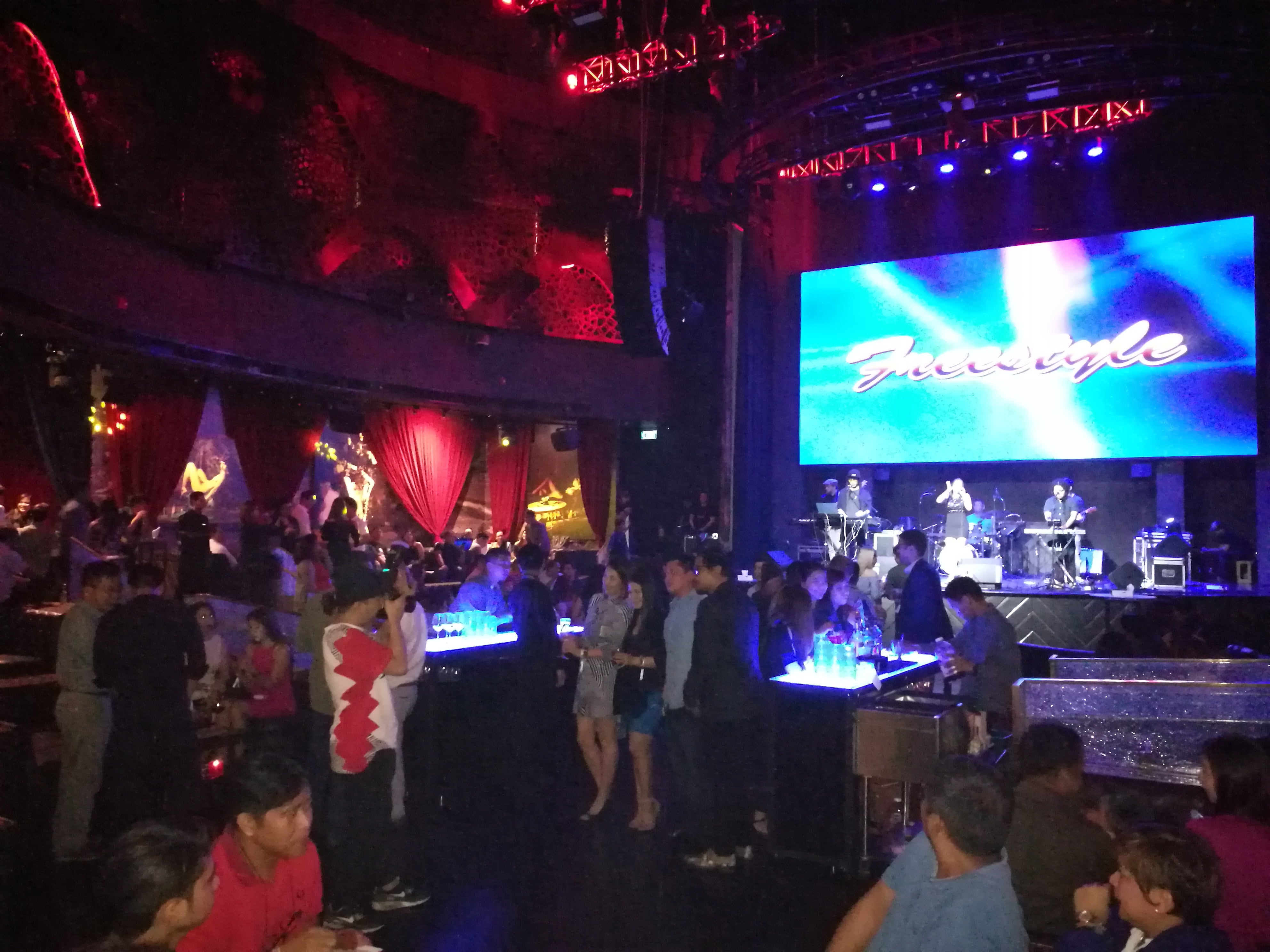 Chaos at City of Dreams Manila

Wednesday night gigs at City of Dreams Manila’s Chaos have become such crowd-drawers that it can be difficult for walk-in customers to find a table.

On Aug. 30 it was a good thing I arrived early enough to be given the last cocktail table at the back. Scheduled to play that night were Freestyle, South Border and Side A.

That was the same band lineup I saw in December last year, when Chaos introduced its Wednesday Live Sessions. The difference is, this time, the crowd was varied—corporate executives and their spouses, young couples, middle-aged friends and a few tourists, aside from the bands’ loyal fans.

The bands’ original songs generated the loudest applause, although Freestyle’s and South Border’s covers of Bruno Mars had people up front dancing, while the rest bobbed their heads while enjoying their drinks.

In fact, the bar ran out of red wine—my friends and I had two bottles, and we were in such a happy mood to agree to switch to Heineken beer.

Preceding its commercial run is a special screening on Sept. 19, 7 p.m., at Cine Adarna, UP Film Center, Diliman, Quezon City. Monteras pointed out the significance of the screenings’ dates, which anticipate the 45th anniversary of martial law on Sept. 21.

The abuses of martial law are recalled through a pivotal character in “Respeto”—Doc, played by Dido dela Paz, who won best supporting actor.

Monteras recalled he was still writing the script when two national issues confronted him: the reburial of dictator Ferdinand Marcos in Libingan ng mga Bayani, and the extrajudicial killing (EJK) of drug suspects.

The director felt strongly enough to revise his script and situate martial law and EJK in crucial scenes in his film.

Monteras, an alumnus of the University of Santo Tomas and art director of The Varsitarian, recounted that the idea to do a film came in December 2010: “I attended a ‘Valik Varsi’ event in UST. Vim Nadera, Teo Antonio and Mike Corosa went onstage and performed a balagtasan. That’s when I thought balagtasan is so similar to battle rap. And then I saw Bien Lumbera at a Gloc-9 album event. That’s when I realized that I needed to make this film.” (Lumbera is one of the script consultants in “Respeto.”)

As for the choice of Abra as lead actor, Monteras revealed that he deliberately surrounded the young rap artist—who made his debut film appearance in “Respeto”—with a cast of theater veterans.

“Abra was very shy on the first shooting day,” said Monteras. “But after two days, nakikipagsabayan na siya with the theater actors. In between takes, you’d see him in a corner internalizing his character.”

Regarding the popularity of Abra and Pinoy hip hop, whose underground community forms the backdrop in “Respeto,” Monteras said: “The following is so huge because of social media.”

“Respeto” is also special to Monteras because of the involvement of Jay Durias. In 2005, Durias asked Monteras to direct the music video of a South Border song, “The Show,” which won best video at the first Philippine Hiphop Awards.

For “Respeto,” he got Durias to do the music score.