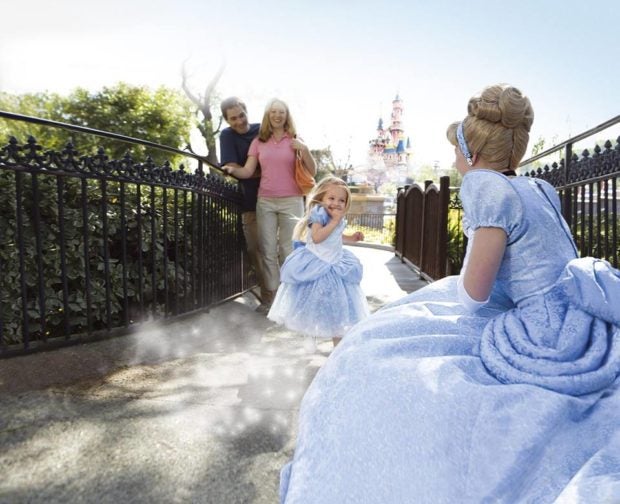 After a mom asked if her son could join the “Princess for A Day” experience offered in Disneyland Paris, she was shocked at the curt response from a representative.

As she documented in her blog Sparkles and Stretchmarks, Hayley McLean-Glass emailed to ask if her son could join the Disney Princess makeover which included a Princess dress at the Disneyland Hotel.

The reply stated, “At this time it is not possible to book princess for a day for a boy.”

They did however offer for 300 euros (P18,230) “Princess themed items such as an autograph book, cuddly toy, playset.”

The Liverpool-based blogger explained that her two-year-old son Noah, who is a fan of Elsa from “Frozen” was initially “buzzing with excitement.” She booked the experience as a Christmas gift.

She also shared that she emailed ahead “to check that this would be ok just incase (sic) any behind-the-times staff member on the day was to make a comment that would burst his bubble and make him doubt himself and the things he likes.”

However, the reply she received was disappointing, and her fears of discrimination was proven true.

McLean-Glass wrote, “This isn’t even a gay/straight debate…this is a child. Who wants to be just like his favourite character.”

She clarified that of her three sons, only Noah was fond of Disney princesses, aside from cars and blocks.

“I didn’t force my child to try on an Elsa dress,” she wrote. In a follow-up post about the experience, McLean shared that if she really had to force a princess on her son, it would be Belle from “Beauty and the Beast.”

After sharing her experience on Facebook, media outlets such as ITV news picked up the story.

This prompted Disneyland Paris to release a statement to ITV, apologizing directly to both mother and son:

“We are taking this situation very seriously and sincerely apologise to Hayley and Noah for the distress caused.

An isolated incident, the cast member’s response is not reflective of any policy or belief held here at Disneyland Paris. We are going to ensure this does not happen again.

Diversity is near and dear to our hearts and we want to make sure that all our guests enjoy their experience at our resort.

Of course, both boys and girls are welcome to enjoy The Princess For a Day experience in addition to all our other special activities.”

McLean-Glass shared that the staff have been updated about the policy to allow both girls and boys to join the experience. In addition, the website has edited its description about the package from “every little girl’s wish” to “every child’s wish” for inclusivity.

While the ordeal brought her anxiety—McLean-Glass admitted that she has an anxiety and panic disorder—the effort turned out to be well worth it.

“I wish to see a world where parents support their children and allow them to be who they are without fear of judgement, encourage them to stand against the bullies and naysayers instead of backing down or hiding away from them,” she wrote. “[I wish to see] a world where children are given equal opportunities to play with whatever they like… so I stood up for that. And I’m proud that I did.” JB