Exercise during pregnancy can be both safe and beneficial, says new research | Inquirer Lifestyle ❮ ❯ 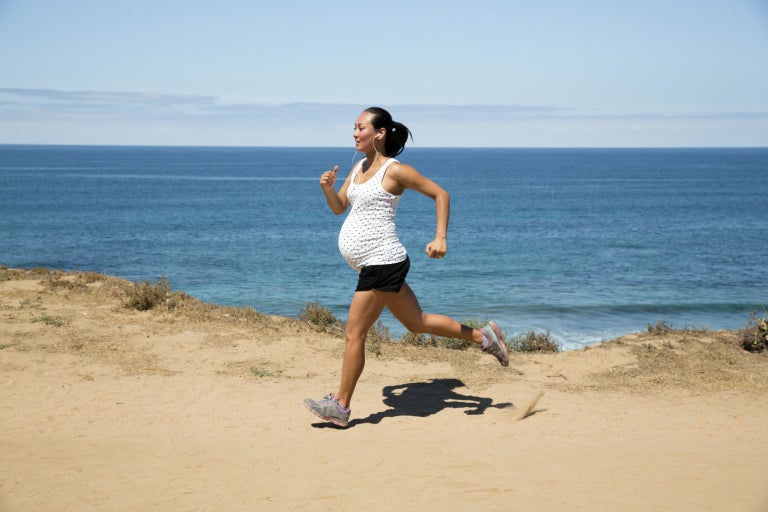 Exercise during pregnancy can be both safe and beneficial, says new research

A new Spanish study is encouraging women to exercise during pregnancy, after finding that working out can have clear advantages for both mother and baby.

Although there has previously been some doubts over whether women can safely work out while pregnant, the new study hopes to ease any concerns after reviewing previous studies and meta-analyses which together looked at thousands of women.

“The percentage of women who meet the recommendations for exercise during pregnancy is very low,” commented María Perales from Camilo José Cela University (UCJC) and the lead author of the study, “This is due in part to uncertainty about what type of exercise should be recommended and which should be avoided.”

The team found that there is strong scientific evidence that maintaining moderate exercise during pregnancy is not only safe but also beneficial for both mother and baby, with exercise found to prevent weight gain (a key factor transmitting obesity to future generations) and lower the risk of fetal macrosomia (babies who are born weighing more than 4 kilograms), pre-eclampsia, gestational diabetes, caesarean section, lower back pain, pelvic pain and urinary incontinence.

They also found that as long as the mother has no medical or obstetric reason not to partake in physical exercise there is no risk of premature birth, low birth weight or fetal distress.

The researchers now advise that women who are already physically active should continue, and that those who are not should consider making pregnancy the time to start.

In line with recommendations from the American College of Obstetricians and Gynecologists (ACOG), the team also make suggestions on which exercise is most beneficial during during pregnancy, as well as which ones should be avoided as they may pose a risk to the fetus.

They confirm that physical activity can be started between weeks 9 and 12 of pregnancy (after the first prenatal visit) until weeks 38 to 39, and advise three or four sessions a week combining both aerobic and strength training, with each session lasting 45 to 65 minutes.

The intensity of the exercise should always be moderate, although this should also be analyzed for each woman and controlled throughout the session.

The team added that although Pilates and yoga, which are often recommended to pregnant women, are not linked to the physiological benefits found from other sports, they can be beneficial for improving mental health and reducing pain.

In terms of what to avoid, Perales advises refraining from “all that which is strenuous (90 percent of maximum heart rate), since it may increase the risk of hypothermia, dehydration or reduced uterine blood flow with the associated risk of compromising the fetus’s health.”

Long-distance running, intense weight and isometric contraction training, jumps, impact exercises and exercises with risk of falling or in an outstretched supine position (lying on your back) must also be avoided.

The findings were published in the Journal of American Medicine Association (JAMA). JB