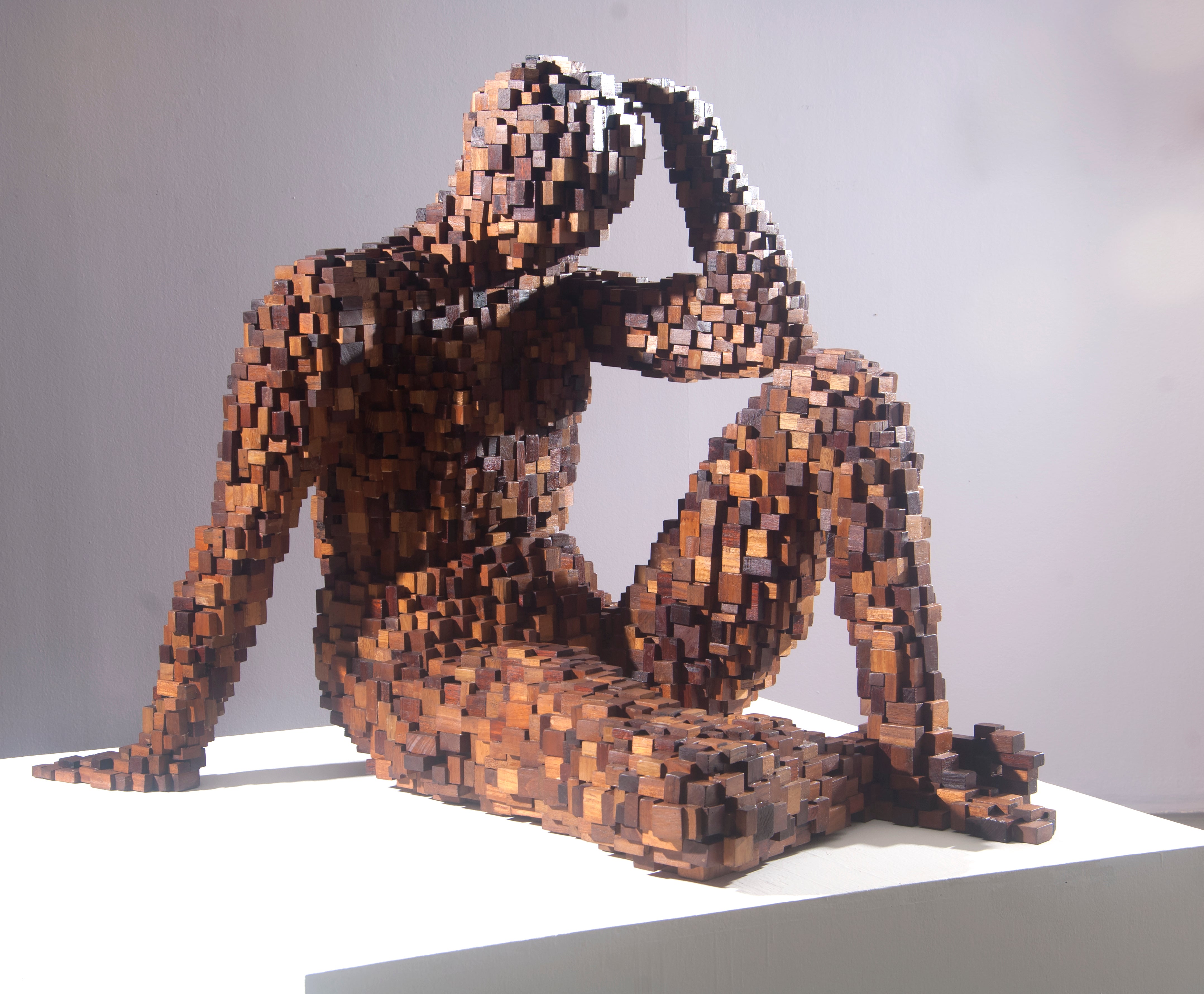 Galerie Stephanie will mount the third edition of its sculpture review, “Nuances of Form,” on the lobby of 8 Rockwell on Sept. 11-17.

The review has been an advocacy of the gallery to highlight sculpture, which seems to draw less public attention than painting.

In fact, there are only two National Artists for Sculpture, Napoleon Abueva and Abdulmari Imao, while there are 10 for Painting, says Stephanie director Abby Frias Teotico.

This year’s review is curated by Ricky Francisco, curator of Fundacion Sansó, who notes that while painting is the more popular art form, sculptures appeal to the tactile sensibility of Filipinos who love to touch.

Del Castillo’s “Hell on Earth” II is a heavy piece which looks like classical Grecian friezes. Rendered in white cold-cast marble, it reminds people of the sculptures on the façade of the Parthenon, or the bas-relief on Trajan’s Column.

There is the uncanny surprise upon closer inspection that each human figure wears the contemporary gas mask, giving us an idea of what the work is about.

The dragonfly-like work of Reamillo is crafted from piano keys. “There were 88 keys on this piano which was damaged by the flood caused by ‘Ondoy.’ I have given each key wings, so that they could still take flight, like when they made music which floated on air when the piano was still whole,” the artist says.

“Ink” by Buensuceso celebrates the organic form created when molten metal meets cold water, and takes the shape of that brief but powerful encounter.

Mikael describes her sewn fabric sculpture as having come from “questions trans- formed into form that are both soft to touch, and of the thinking heart.’”