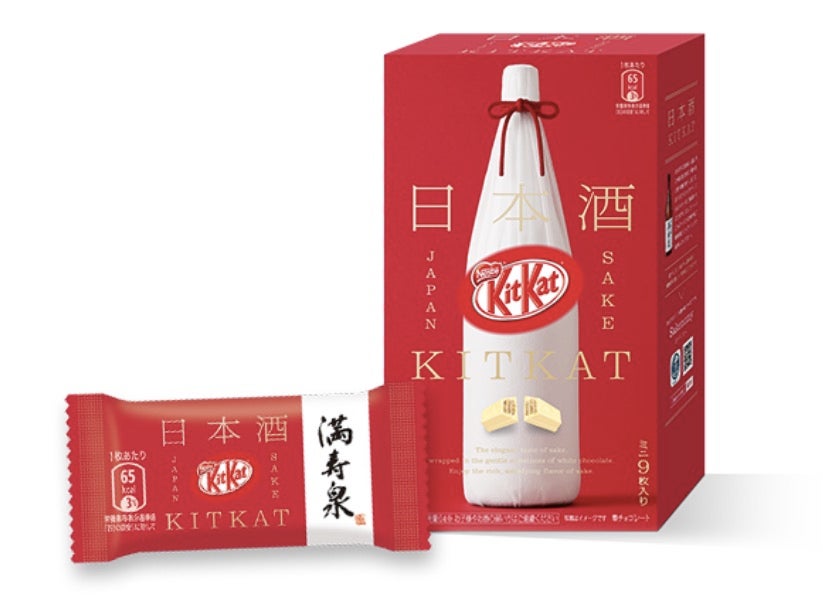 A new kind of sake-flavored Kit Kat aims to satisfy Japanese sake lovers. Developing the new flavor was done in collaboration with Masuizumi, one of Japan’s top sake breweries.

The involvement of Masuizumi is already an indicator that this new sake Kit Kat will be a cut above the previous pink, sakura-wrapped sake Kit Kat, released in 2016.

This new chocolate snack has been dubbed the Masuizumi Japan Sake Kit Kat. It will be sold in red boxes costing 756 yen each (roughly P350) starting mid-September at souvenir stores around Japan.

Its packaging will be distinct, thanks to the white-wrapped bottle of sake illustrated on the box, which stands for a premium liquor served on special occasions. The chocolate bars will also bear the brand “Masuizumi” on their individual wrappers.

According to Nestlé Japan, the Toyama Prefecture Masuizumi brewery was chosen among other premium sake brands due to its distinct dry finish. It reportedly paired well with white chocolate wafers, lending a characteristic sake aroma and deep flavor to Kit Kat’s new product. The Masuizumi brewery has a history which dates as far back as 1893.

Nakata reportedly oversaw the creation of the new Kit Kat, which was in development for over a year. He also has his own brand of sake called “N.”

As a sake lover, Nakata said he wanted to help more people appreciate Japanese sake around the world. He believes this new Kit Kat would be something they can get into. JB

Halloween M&M’s spotted in US store