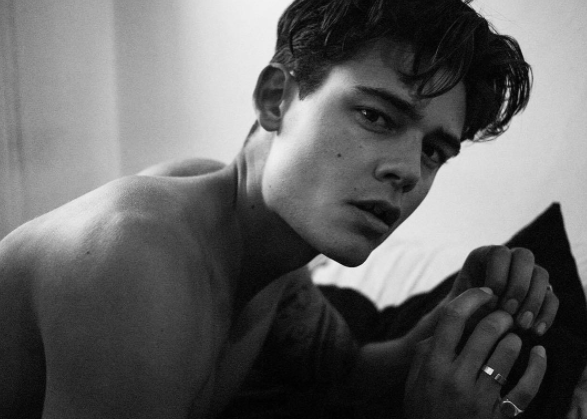 Model Mario Adrion revealed that the reality of the modeling industry is not as “glamorous” as it seems.

In his YouTube blog, the German shared that there was more to modeling than fame and money.

The 23-year-old said that jobs could have a hundred applicants or more. “When there’s so many other models going for the same job, it’s a lot of pressure.”

“I can have a job and make thousands of dollars in one month, and then the next month i don’t have anything,” he related, adding that social media could be misleading on fancy dinners and parties that models attend.

With uncertainty of jobs comes desperation, and people in authority within the industry take advantage of that.

One of the abuses that he’s suffered early in his career was sexual harassment by a photographer.

This was in New York just after he was scouted from a small town in Germany.

He assumed that getting connections would be important: “Photographers and casting directors can make a huge difference in my career and i had to get them to like me.”

The shoot started out innocently enough, and then he was asked to take off his shirt and get shots with his underwear. To Adrion, it was still “completely fine.”

He then noticed that the photographer kept complimenting his body, but the comments were getting more sexual.

“He said my dick looks really good in my underwear,” said Adrion, and that shots were focused more on his butt.

It went to the point that the photographer “came over to adjust my underwear, and he clearly did it with the intention of touching my dick.”

After insisting that he put oil on his body, which the photographer applied himself, the model was then asked to “get hard.”

“He told me, ‘this is the modeling industry; if you wanna be successful you have to do stuff like that,’” said Adrion.

Even if he was afraid to upset the photographer, he finally put his foot down when asked for full frontal nude photos.

His compromise was “doing some covered and implied nudes which i knew was not gonna benefit my career in any way.”

In the end, he got his portfolio, but the rest “was for his personal wank off collection.”

He revealed that this happened repeatedly and was a common experience among models. There were even occasions when he was offered to be on a magazine cover if they were allowed to give him a blow job.

With young models vulnerable in the cutthroat industry, he provided some advice: “Understand that you know their value, that you can demand things, that you as a model should be able to ask for things.”

He also said it was only later on that he became clear about his boundaries. “The photographers should never do something you’re not comfortable with.”

After being told multiple times that he could be given connections in exchange for sexual favors, he shared, “It’s not true that you won’t get jobs without being taken advantage of,” adding that he has been able to get jobs without compromising himself.

Fashion should be for everyone, says Filipina plus-size model in NY

This Fashion Show Gets Criticized for Featuring Plus Size Models