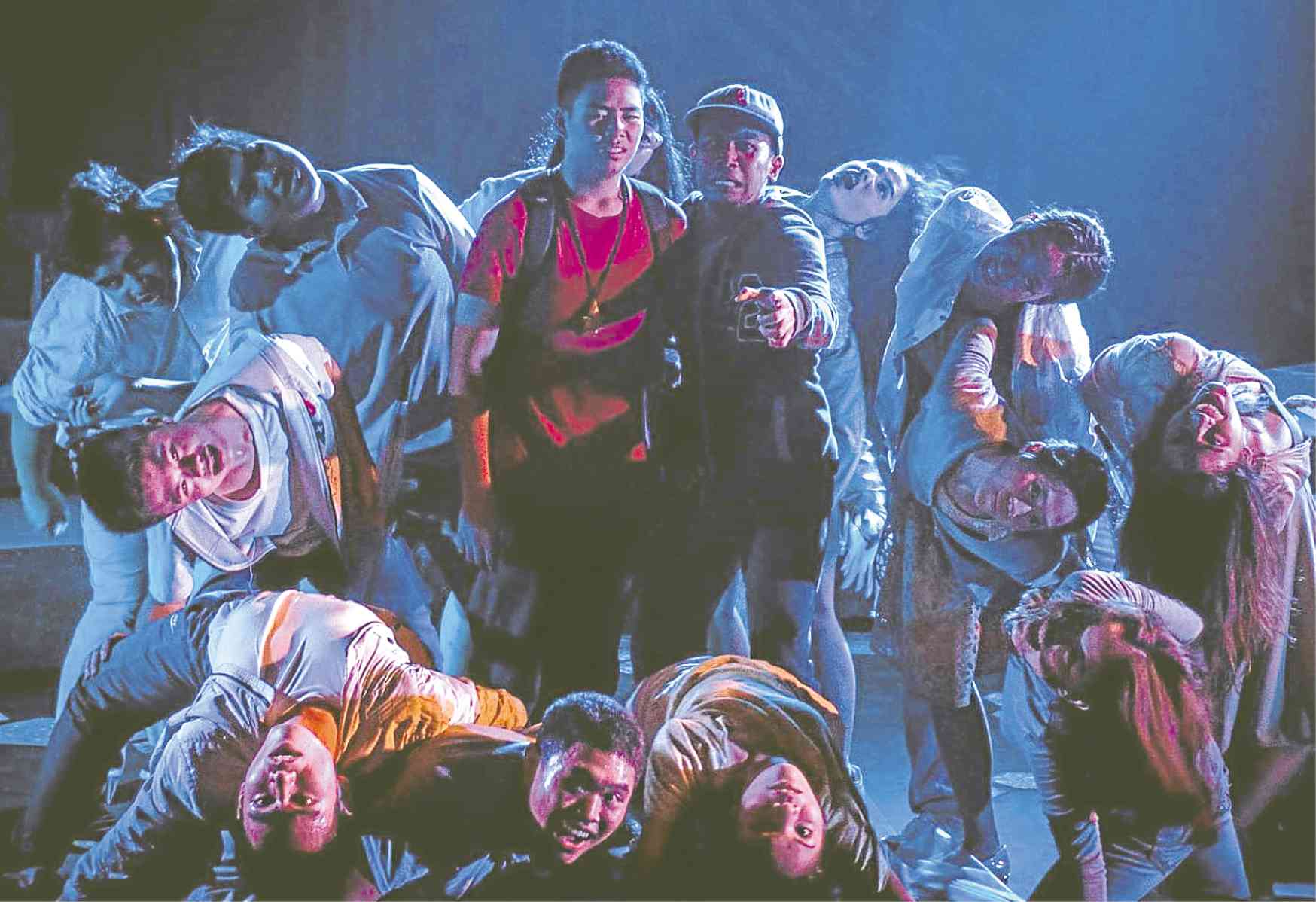 The story revolves around teenager Janus Silang and his encounters with supernatural creatures as he tries to solve the mystery of why players of an online game have all died simultaneously—except him.

Fans will be happy to know that the group will open its 2017-2018 season with a staging of the series’ second book, “Si Janus Silang at ang Labanang Manananggal-Mambabarang.”

Cast in featured roles are Jenny Jamora of Red Turnip Theater, and Carlo Vergara, graphic novelist and playwright of musicals such as “Zsazsa Zaturnnah Ze Muzikal” and “Kung Paano Ako Naging Leading Lady.” Vergara returns to the stage for the first time since acting for Monique Wilson’s New Voice Company in the 1990s in productions such as “Angels in America.”

Adaptation is again by Guelan Luarca, and direction by Charles Yee. Gwyn Guanzon returns to design the set.

Building on the first work

The instruction from TA’s artistic director Glenn Mas was that this production should build on its previous work and introduce new visual elements.

Guanzon, whose set design for the first play was inspired by circuit boards—a nod to Janus’ online gaming milieu—said dissecting the book and inspiration from his travels helped him design the sequel’s look.

“Our director Charles Yee showed me photos of caves, especially ones with hexagon pillars,” says Guanzon. “It was just months after I had traveled to a place in southern Iceland where you could actually see these hexagons by the beach… We are Filipinizing and adding texture to the main visual elements by adding abaca and banig.”

He adds: “The main setting of the second Janus book is a mansion. Visually, the main takeoff is the amulet/USB pendant that Janus wears. Its shape is very Art Deco. From there, the set design’s motifs were formed.”

When working on design projects, Guanzon says that research is important, “especially for the details of the design. History plays a major role on the silhouette and consistency of such details. Unless you are creating another world, research on period styles is essential. But even if it is another world, a takeoff from these period styles is still helpful.”

Training under Ogie Juliano as a student at University of the Philippines, Guanzon recalls: “I was his assistant in costume design when he asked me if I really wanted to pursue design. I said yes; he told me to go back to school.”

He adds that “at the time, there were no Production Design courses being offered in the country. Studying abroad was not an option since I could not afford it.”

So he went to study at the Philippine School of Interior Design, and from there built his body of work.

His recent credits include set and costume design for TA’s “Rites of Passage” and Sugid Productions’ “Buwan at Baril sa E Flat Major,” and costumes for the Philippine Educational Theater Association’s “A Game of Trolls.” —CONTRIBUTED