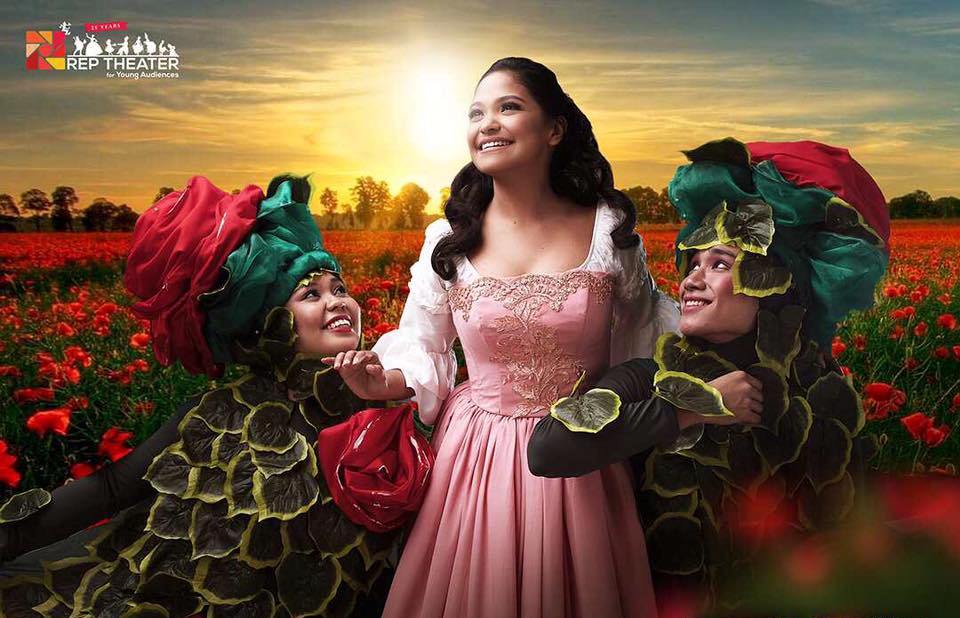 For Repertory’s Theater for Young Audiences (RTYA), there’s no rest for the weary when it comes to entertaining and educating young minds—especially not this year, its 25th anniversary.

During an interview days before the opening of RTYA’s latest production of “Beauty and the Beast” at Onstage Greenbelt 1, Joy Virata, founder and artistic director of the children’s theater arm of Repertory Philippines, had been worried about lagging behind in production schedule due to a broken lighting-control board. The technical malfunction was costing her the time she needed to figure out how to create something magical for the show.

“I have to make an entire garden appear and disappear!” she said half in earnest, half in jest because, as silly as the problem may sound, it is actually an essential aspect of producing effective as well as enjoyable children’s theater.

Since founding RTYA, Virata’s idea had been about exposing children to theater early and to have them enjoy the experience so they would keep returning to watch shows even as adults.

Virata already has the formula down pat, and wasn’t at all secretive about RTYA’s standards.

The show has to be a musical. It has to be short and not exceed 1 ½ hours including intermission. It has to be in English (Rep is an English-language theater company, after all). There has to be audience participation. It has to have the best creative team for set design and costumes, for the show to be visually attractive to kids.

Lastly but no less important, Rep uses only the finest actors, because it takes a lot of skill and energy to catch and sustain the attention of very young audiences.

“I developed this formula by accident, but it has worked ever since,” shared Virata, whose first RTYA musical was produced with only P50,000, and with Rep cofounder Zeneida Amador’s strict instructions for her to “do what you want BUT do not lose money.”

Hence, black curtains, no set, only colorful costumes. Virata said that was how she envisioned her maiden children’s theater production, but then, seconds later, she added, “I got carried away.”

And why shouldn’t she?

Virata, daughter of Doreen Grace Barber Gamboa, an educator whose lifelong work focused on children, had an early exposure to all her mother’s endeavors.

Gamboa was a child development expert who in 1949 established the Jose Abad Santos Memorial School, or JASMS, which became part of the Philippine Women’s University. She was school principal until her death in 1977.

All of Gamboa’s efforts toward educating youngsters was not lost on her daughter, who is not only among the brilliant minds running a 50-year-old professional theater company but also—and perhaps more significantly—a proponent of children’s theater in the country.

“The problem is I’ve spoiled them,” Virata said, referring to the expectations of audiences who have long recognized Rep’s high standards in staging productions for children. “But that also means they are improving and increasing their artistic appreciation.”

In a statement about RTYA’s 25th anniversary, the artistic director shared one of her favorite quotes from an article by award-winning American playwright Lauren Gunderson: “Theater is like a gym for empathy. It’s where we can go to build up the muscles of compassion, to practice listening and understanding and engaging with people who are not just like ourselves… We practice caring.”

“A theater experience is a plus for anyone,” said Virata. “But for children it can be the spark that sets them on the right path of learning and moral values.”