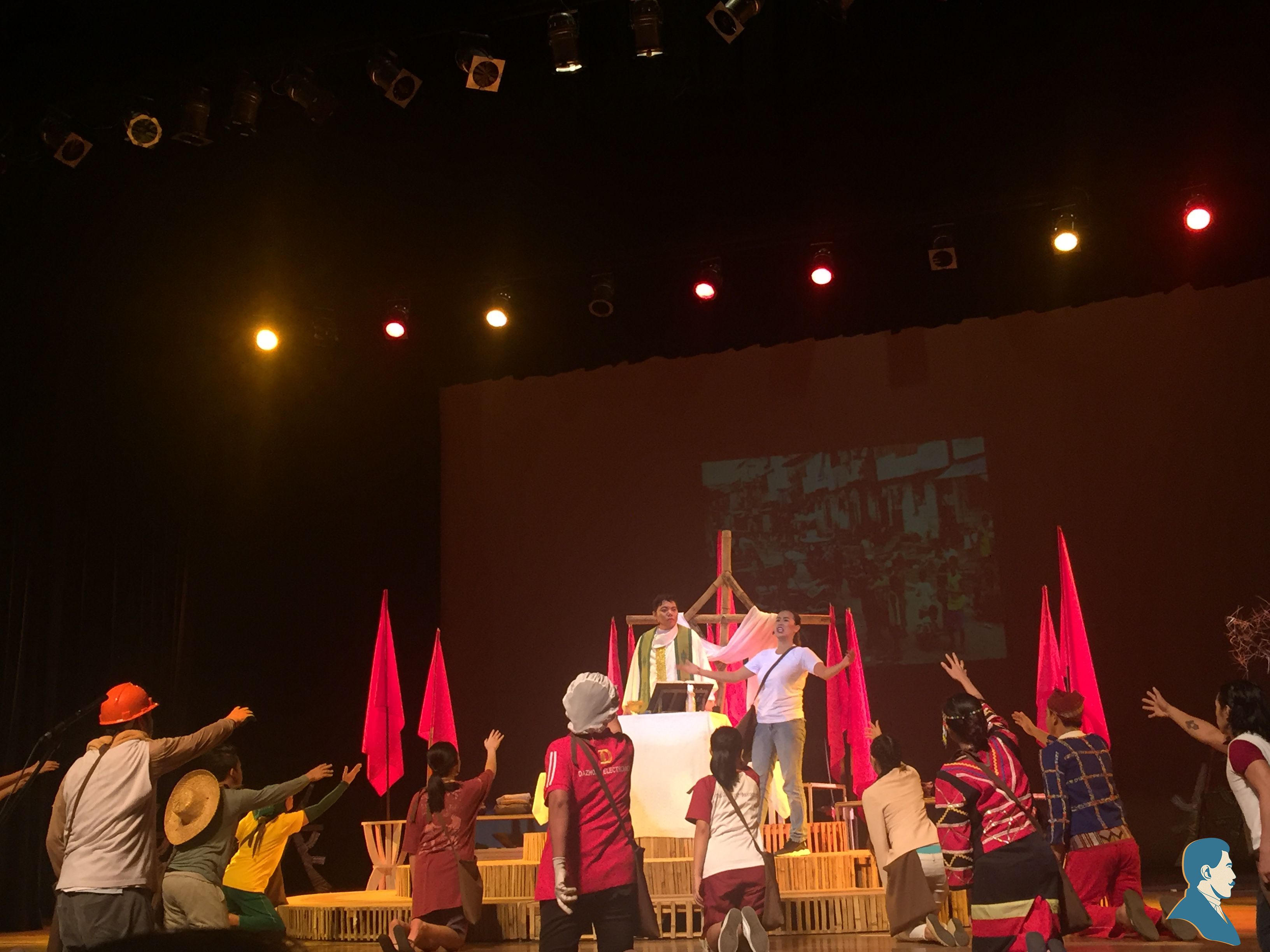 A bountiful month of political theater

September was an especially bountiful month for theater, and a good portion of the crop was overtly political, spurred inevitably by the martial law anniversary (as the similar burst in the last quarter of 2016 and the first quarter of 2017 had been spurred by the Marcos burial).

I say overtly because even where other theater productions did not have “political” content, post-performance talk-backs and program notes were liable to relate the plays to the charged temper and passionate issues of the times.

‘A Game of Trolls’

The first play of the month, in fact, was the Philippine Educational Theater Association’s (Peta) “A Game of Trolls,” explicitly pitched to a millennial audience putatively unaware of the horrors of the martial law era. As the pedagogical exercise it was meant to be, it was undoubtedly effective, but to this viewer its appeal was limited by its expository and hagiographic approach, perhaps necessarily so for its purposes.

In terms of human drama, it worked best when it veered away from the iconic figures of history to the familial trauma of the fictional mother (whose performance incidentally, by Upeng Galang-Fernandez, I found the most genuinely affecting). But then, I had seen this theme treated more effectively in other works.

More dramatically effective were the works in Cultural Center of the Philippines’ “Pista Rizalina”—at least the few I was able to catch. To my chagrin, I was not able to watch my top priority, the twinbill of “Indigo Child” (which I had previously caught at last year’s Never Again festival and still think the best one-act play about that era) and Juana Change’s one-woman play “Tao Po,” as it seems all performances had been bought up by show buyers.

But I caught the twinbill of “Maliw” and “Isang Araw sa Karnabal” (by Reuel Aguila and Nicholas Pichay, respectively, both directed by Chris Millado). The latter had been a favorite Virgin Labfest play some years back and still worked with its combination of cheeky humor and understated pain, but it was “Maliw” that struck me more this time with its poignant depiction of a family learning to let go of a “desaparecido” loved one.

Sherry Lara was magnificent as the mother refusing to come to terms and, finally, heart-breakingly, doing so. It is works like these which, more than outright polemics, bring home the full malignancy of martial law.

Just when I say that, I have to make an exception for a polemical work which was quite splendidly effective: the restaging of “Pagsambang Bayan” as part of Pista Rizalina. I had watched the original production by UP Repertory of this seminal Bonifacio Ilagan play back in the late ’70s when it had been a visceral theatrical experience, and I was frankly skeptical how this new staging (by Tag-ani Performing Arts Society, directed by Joel Lamangan) might compare, especially as it has been reworked into a full musical.

But in fact I found it more deeply affecting now, actually more “religious,” perhaps a case of time and experience providing context. It was amazing how well the musical form worked, burnishing the activist spirit of the liturgy. (I did think the prefatory portion linking the work to the current political context, though called for, rather prolonged.) The talk-back afterward, with playwright and cast, added to the sense of passion and dedication of the entire production.

Strangely enough, the “political” play which struck me in a particularly original way did not have to do (or not in any direct way) with our immediate burning issues of extra judicial killings and Marcos martial-law revisionism. It was a production we chanced on in an out-of-the-way venue.

Teatro Marikina’s “Mas Mabigat Ang Liwanag sa Kalungkutan,” delving into the Moro liberation conundrum, presented the complexity of the issues from the stance of Moro youth humanely and without polemics, and set it in historical perspective. It was beautifully written by Rogelio Braga and sensitively directed by Manuel Mesina.

It was not a perfect production; the play seemed to cover too much ground, and the performances, mainly it seemed by young student-age cast, could be uneven (though some were brilliant: I was particularly struck by the regal Liza Schneider).

But in the end it was such a broadening experience, together with the interaction after the performance, that it really should have a wider exposure—if only as a reminder that the national crisis extends beyond the usual Manila-centric obsessions. —CONTRIBUTED