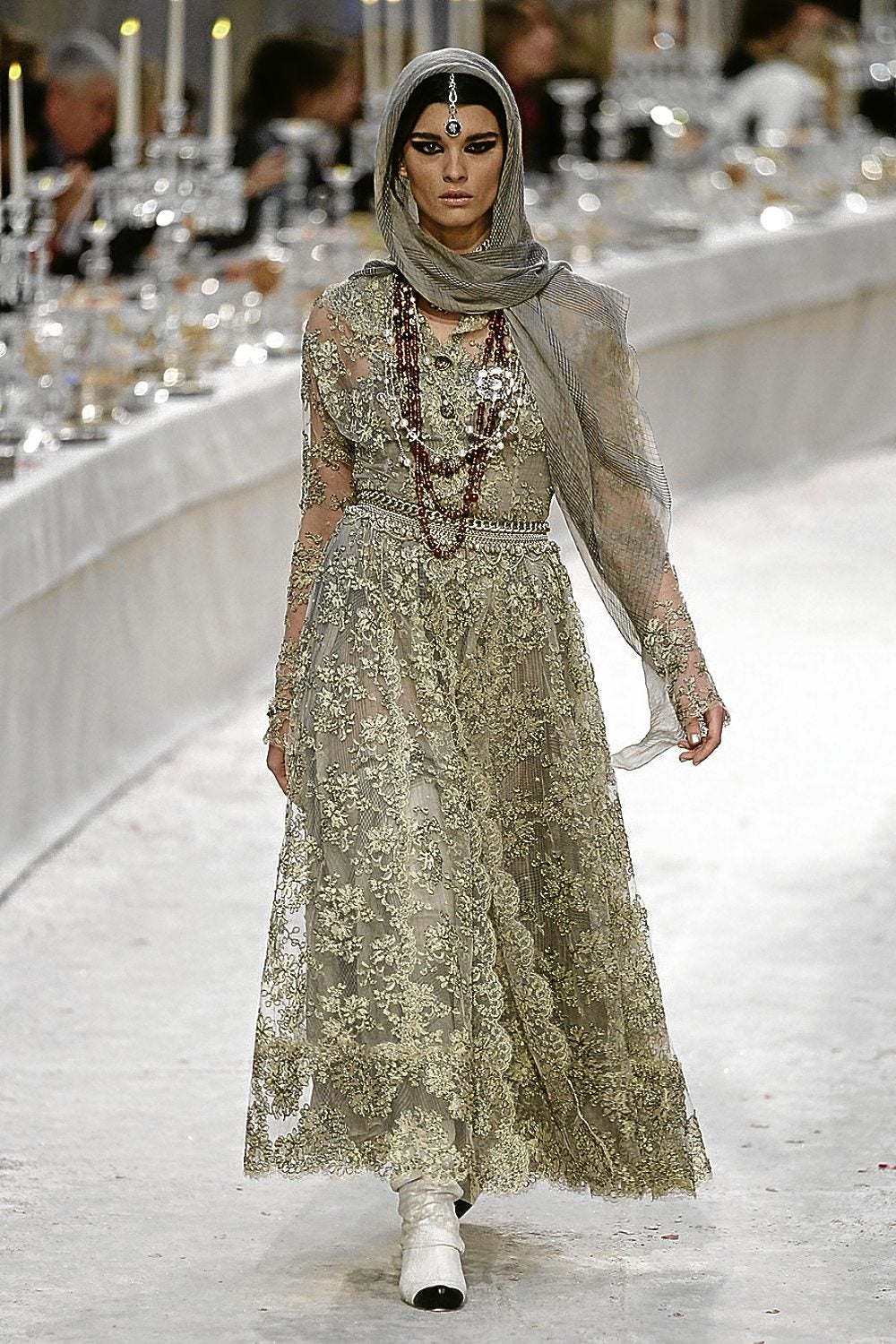 Fashion fit for a maharajah

The Chanel Pre-Fall 2012 show last week was a Maharajah’s decadent feast, showing that excess is best. Set against the Grand Palais in Paris, models glided down a semicircular buffet table groaning under the weight of silver trays piled high with fruits, sweets and flowers. A traveling electric train had bottles of scotch and bourbon in decanters.

The show was called “Bombay-Paris,” also its theme, which, according to creative director Karl Lagerfeld, was meant to “evoke classic Indian decadence at the end of the Raj period. ”

The collection is drenched in glittering embellishment, metallics, draping and luxurious fabrics. Classic Indian silhouettes were tweaked, complete with modern twists on saris, churidars and kameez.

There were dhoti skirts, beaded Nehru jackets, and Jaipur pants, skinny from knee to hem, showing bejeweled sandals or Chanel flat boots as tight as leggings. 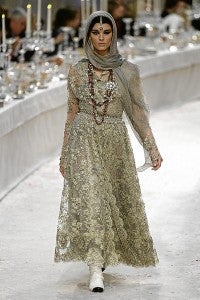 Very bejeweled accessories and embroidery were a stunning homage to Serge Lesage, who recently passed on. There were Chanel suits in tweed dripping with pearls, and an entire suite of ivory separates for day until gala evenings. Fuchsia, which is the navy blue of India, was blended in gold saris, knitwear with Rajastan embroidery, and the ubiquitous turban.

Enjoy the Indian Summer of Chanel, available in July 2012. For now, fantasize and drool as we give you the best looks of the runway.