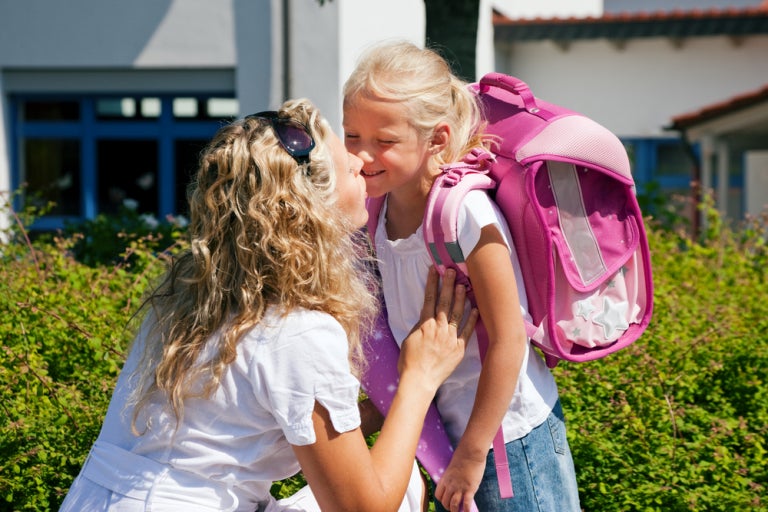 New European research has found that walking to school can expose children to air pollution which could have a negative effect on their cognitive development.

Led by the Barcelona Institute for Global Health (ISGlobal), an institute supported by the “la Caixa” Banking Foundation, the study was carried out as part of the BREATHE project and is the first to look at the potential impact of exposure to air pollution on cognitive development in children who walk to school.

Previous research from the BREATHE project has already found that exposure to pollution from traffic is associated with slower cognitive development, and that 20 percent of a child’s daily dose of black carbon (a pollutant directly related to traffic) is inhaled during urban commutes.

For the new research, the team looked at 1,234 children aged 7 to 10 years old from 39 schools in Barcelona, who all walked to school on a daily basis.

During the 12-month study, the researchers assessed the children’s working memory and attention capacity several times, and calculated their exposure to air pollution based on estimates from the shortest walking route to their school.

They found that exposure to fine particulate matter (PM2.5), which are fine inhalable particles of pollution, and black carbon was associated with a reduction in the growth of working memory.

The team also found that boys were much more vulnerable to the effects of PM2.5 and black carbon than girls.

No significant associations were found however between the pollutants studied and attention capacity.

Commenting on the findings, Mar Álvarez-Pedrerol, ISGlobal researcher and first author of the study explained, “The results of earlier toxicological and experimental studies have shown that these short exposures to very high concentrations of pollutants can have a disproportionately high impact on health. The detrimental effects may be particularly marked in children because of their smaller lung capacity and higher respiratory rate.”

However, previous studies have shown the benefits of physical activity for children’s health, with walking to school an easy way for kids to meet the recommended levels. A national and annual Walk or Bike to School Day also encourages both parents and children to leave the car at home for the day and do the school run on foot or by bike.

And co-author of the Barcelona study Jordi Sunyer did point out that, “Above all, we do not want to create the impression that walking to school is bad for children’s health because the opposite is true: walking or cycling to school, which builds physical activity into the child’s daily routine, has health benefits that far outweigh any negative impact of air pollution.”

“The fact that children who walk to school may be more exposed to pollution does not mean that children who commute by car or on public transport are not also exposed to high levels.” While Mar Álvarez-Pedrerol emphasizes that the solution is to “reduce the use of private vehicles for the school run and create less polluted and safer home-to-school routes.”

The findings can be found published online in the journal Environmental Science. JB